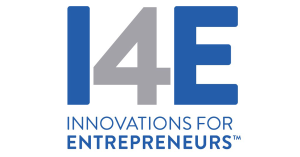 Have you heard?! Nightlight has been chosen as one of 30 finalists in Comcast’s Innovations 4 Entrepreneurs contest! We need your help to be chosen as a one of six Grand Prize Winners that will win $20,000!

We entered the contest to gain funding that can help make the process of adopting easier for potential parents. Not only would we be able to help potential parents complete the adoption process online, we’d help them prepare for their adopted child by introducing an online education process. In order to meet these goals, we need to gain access to some existing software programs, which can often be expensive. And with that, we’d like to be able to customize the software to include some embryo adoption-specific enhancements.

At Nightlight, we’re all about helping more babies be born out of frozen storage with our Snowflakes Embryo Adoption Program. We also work to raise awareness about embryo adoption through the Embryo Adoption Awareness Center, which Nightlight runs. With more than 600,000 embryos in frozen storage in the U.S., our goal is to help them become the children they were meant to be, which we do by matching donor parents with adopting parents through an open adoption process.

So how can you help? Visit cbcommunity.comcast.com/i4e/vote, and vote daily through May 13, 2016. Only one vote per person, per day will count to help us out, so help us spread the word through social media!

Learn more about Comcast Business’ Innovations 4 Entrepreneurs contest online, and see our full essay on the voting page. Thank you for your vote!

Embryo Adoption is certainly a new and sometime unknown adoption choice for families, but the good news is spreading quickly. The infografic below shows small glimpse into the impact the Snowflakes Program and embryo adoption are having around the country.

Could embryo adoption be the adoption option you’ve been searching for? Learn more at Snowflakes.org.

This past Friday, April 25th, Nightlight Christian Adoptions’ Executive Director Daniel Nehrbass was a guest on the Dr. Phil Show, delivering some much needed good news to a couple caught up in the middle of a domestic adoption scam.

To learn more about how Nightlight’s Domestic, International, Foster and Embryo Adoption Programs can help you build your family please visit Nightlight.org.

It was a busy, but exciting week for our crew here at the Nightlight Christian Adoptions one which certainly helped the good news of adoption in all forms. We wanted to take a moment to recap some of the events happening this week just to make sure you didn’t miss anything.

China Adoption in the Spotlight Our very own Dana Woods, the China Program Director at A Helping Hand Adoption Agency (an affiliate agency of Nightlight), was a guest on the Creating a Family radio show. Discussion focused on what it takes to adopt from China including the process, cost and what to expect. If you are considering adding to your family through China adoption, this is an excellent resource to listen to.

Hear the complete interview on CreatingAFamily.org.

This past Wednesday, the Strege family, the very first Snowflake family, appeared on the Family Talk radio broadcast with Dr. James Dobson for a 25-minute interview. Don’t miss an amazing opportunity to hear how embryo adoption started, the Strege’s amazing story and how embryo adoption can help you achieve your dream of achieving pregnancy. To listen to the full broadcast visit the Family Talk website. Continuing an awesome week of exposure and awareness, Fox News featured embryo adoption on their website, telling the story of the Hawkins family. Enjoy an excerpt of the moving story below.

“Stephanie Hawkins is one of the 6.7 million women in the U.S. who struggle with infertility. But when she and her husband Ben realized they wouldn’t be able to have biological children, the Rochester, NY couple decided it was time to try to start their family another way.”

To read the full story visit FoxNews.com.  One correction to the article: Fox refers to Snowflakes and Nightlight as a clinic, but this is not the case.  Nightlight is a licensed adoption agency, and employs the best practices of adoption to the process of embryo donation.  In this sense, we are an indispensable partner to clinics, as we provide the strong social work model that gives clients the confidence to donate and adopt.  In addition, the article notes Snowflakes® policy of non-discrimination, as a California-based social welfare agency.  For more about this policy click here.

To learn more about all of your adoption options including Domestic, International, Embryo, Foster Care and Home Studies, visit Nightlight.org.

Nightlight Christian Adoptions and the Snowflakes Embryo Adoption would like to congratulate the Timm family on the birth of their triplet Snowflake Babies on December 17th. God Bless your new family. 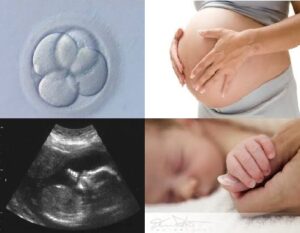 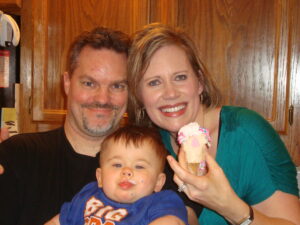 On the September 30 episode of The Katie Show, Kelli and Dan Gassman announced they are pregnant with their embryo adopted son Trevors genetic sibling. They said they would know the gender of the baby until November 8. Well, that date has passed and & drum roll please…. the Gassmans are welcoming a daughter into their family. CONGRATULATIONS!

Welcome baby girl Gassman to the Snowflake family too. Watch the Gassman’s full segment on The Katie Show on Snowflakes.org. 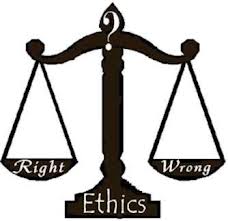 2. being in accordance with the rules or standards for right conduct or practice, especially the standards of a profession.

What is our moral obligation toward embryos? Nightlight developed the Snowflakes program in order to give remaining frozen human embryos more respect than they were/are being given in the U.S. and throughout the world. Nightlight believes in supporting children in all stages of their biological development: from the pre-born to the older child waiting in an orphanage system for a family.