This is the final part of our interview with Dr. Timothy Trumper. Because of the length and richness of his answers, his interview has been posted in six parts. You can read the full interview here.  If you are interested in deepening your understanding of the doctrine of adoption significantly, you will want to take the necessary time to carefully read his answers.

Well, there is one obvious fact. God approves of adoption. I see no evidence to conclude that it is OK for God to adopt, but not for us. It seems unlikely to me that God would take hold of a human practice he doesn’t approve of in order to teach us of what he has done for us in Christ. I rather think that in the Scriptures (specifically in the writings of Paul) God is telling us that social human practices of adoption mirror, albeit faintly, what God has been working out for his people prior to any human conception of adoption.

In making this point I am not saying that a man and wife from whom God has withheld children are obliged to adopt. I don’t think they are. They may legitimately conclude that if God has withheld from them natural-born children then perhaps it is not his will for them to have children at all. I think of friends of mine who came to this conclusion, but have since gone on to invest their lives in consecutive generations of students. Eternity will tell how influential they have been in the formation of many an up-and-coming young adult. 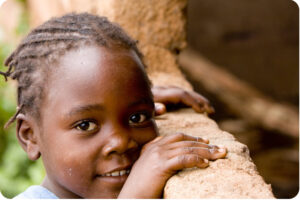 All the same, I do believe that a couple is free to adopt, if, having sought God’s counsel, they believe they are being called to do so. The grace of adoption reminds us that our heavenly Father did not adopt because he had to, but because he desired to; and he did so notwithstanding the fact that he already had a Son with whom he enjoyed perfect and reciprocated fellowship. Given this, it is hard to conclude anything other than that God has given couples a freedom to decide this issue. I may go further. If it is legitimate to describe God as the original single parent (albeit acknowledging that his Fatherhood embraces the benefits of motherhood as well), then it also seems legitimate to say that it is permissible for singles to adopt. Surely one parent is better than none, which is what you have when children are adopted from orphanages. (I think of Zambia, for instance, which, reputedly, has 2 million orphans in a population of 10 million). The decisive factor is not how many parents an adopted child has, but whether he, she or they can provide what is required for the child’s preservation and protection. So long as they can, they reflect the good providence of God our Father.

Another connection we can draw between Paul’s doctrine and social practices of adoption today is the element of choice or election. Michael Reagan brought this out powerfully at his father’s funeral: “I am Michael Reagan, the adopted son of Ronald Reagan. The one he chose”. There is a difference, however, between God’s choice and that of adopting parents. The choice at work in God’s adoption arises from nothing other than the will of his grace. There is nothing in us that procures his choice of us.

Adopting parents may also learn from the close biblical connection between adoption and the notion of covenant. It is interesting that, in his commentaries, Calvin does not refer profusely to the adoption motif until he expounds the Abrahamic covenant (Gen. 12 ff.). So far as Paul’s reading of old covenant history is concerned, however, adoption does not become a factor in redemption until the Mosaic era (i.e. the adoption at Sinai of Israel as Yahweh’s young son [the underlying teaching of Rom. 9:4]). All the same, the closeness of the connection between the themes of adoption and of covenant is obvious. In adoption God expresses his commitment to his people as much as he does when entering into covenant with them. For all the waywardness and ingratitude of his son (Israel [OT])/his sons (Jewish and Gentile believers [NT]), God remains faithful. Faithful, because he is the father of his people, whom he loves steadfastly and interminably. The same ought to be true of adopting parents. They may face the pain of ingratitude and/or the insults of rebellion, but they have committed themselves to the son(s) and/or daughter(s) they have adopted. Adopted children share an equal footing in the family with any that are natural-born, and must be treated as such. They must also serve as co-workers with the rest of the household for the advancement of the health, development and usefulness of the family, just as our heavenly Father has made us, his adopted sons and daughters, co-workers with Jesus Christ for the advancement of the family of God.

Finally, God’s adoptive grace reminds adopting parents to fulfill their roles in a gospel-centered manner. While the gospel acknowledges the circumstances from which we’ve been adopted, it takes us beyond them. It does not keep us looking at them forevermore. Adopting parents may differ as to how much they reveal of the circumstances from which their child was taken, but good adopting parents will, in multiple ways, communicate to their adopted son/daughter that what is most important is what they are now. They are no longer unwanted children or foreign orphans, but beloved children, to whom their adoptive parents are utterly committed.

Well, I could go on, but I prefer to stop short of implying there is a complete transfer of ideas between God’s action in adoption and the social practices of our day. Clearly, there are discontinuities. For instance, it is not typical today to adopt a son from out of slavery. While some are adopted out of odious circumstances, redemption is not the necessary precursor to adoption that it is in Paul’s thought. Nor is it typical nowadays to adopt a grown up son (see Gal. 3:23-4:7). What is more, there isn’t such a stress today on the necessity of continuing the family name. If I have understood the situation aright, most couples adopt for reasons of fulfillment (having a child) or philanthropy (giving a child a better life). These are both legitimate reasons, worthy reasons even, and can reflect in some pale fashion (with qualification) what God has done for us in Christ. They reflect less, however, the motivation(s) behind Greco-Roman forms of adoption. But, then, the degree and manner to which Paul includes in his adoption model allusions to first-century practices is most uncertain. Evidently, the study and reflection must continue. Despite the story told by the theological history of adoption, I believe it will. For God’s Spirit seems, currently, to be bringing the doctrine to our attention from a number of different angles. Who knows, some day we may finally come to see that he is calling us to recover it.

Thanks, Dan, for the opportunity to talk over these issues. I pray they may not only benefit the church, but more immediately the work in which you are engaged. The Lord bless you in it, and use you to touch many lives.