Because of the length and richness of Dr. Timothy Trumper’s answers, his interview is being posted in six parts. If you are interested in deepening your understanding of the doctrine of adoption significantly, you will want to take the necessary time to carefully read his answers.

3. Why is it important to consider Paul’s use of adoption within the larger story of redemption? What role does it play?

Well, a number of things could be said. I would say, first, that the importance of locating adoption (initially) within the larger story of redemption arises from the necessity of combining a high view of Scripture with a high use of it. We conservatives can be pretty smug about our doctrine of Scripture. We do have a high view of it, but what is the point of this if our use of it is shoddy?

One of the reasons for the disjunction between our view and our use of Scripture is the tendency to submit the Scriptures to what scholar Brevard Childs calls “dogmatic construal”. This construal occurs where we begin self-consciously with an extra-biblical framework and coerce (whether wittingly or unwittingly) the biblical data to conform to it. Now I recognize that we all go to Scripture with preconceived ideas, but once we begin to marshal the scriptural data with a view to their justification we begin to dictate the theology we formulate.

A little personal history may throw some light on how I came to this view.

My research into adoption began in theological college in the early ‘90s. My NT professor assigned me the task of summarizing a chapter of Herman Ridderbos’ volume Paul: An Outline of His Theology (SPCK, 1977). In preparing my summary of the chapter on adoption (“An outline of an outline,” Professor Boyd called it), I was struck by the difference between Ridderbos’ approach and that of the Puritans. First, I could not help but note that adoption had a more certain presence in the theology of Paul than in the Puritans (at least, those I knew of). Secondly, I could not help but observe that Ridderbos’s study of the motif took in only what Paul taught. The Puritans, by contrast, convey less interest in Paul’s unique usage of huiothesia, and seem indifferent to the need to understand Paul’s uses of huiothesia within the distinctive context of the apostle’s writings and theology. Thirdly, it became apparent that Ridderbos was concerned to expound Paul on his own terms; that is, within the framework of the history of salvation (historia salutis). The Puritans, by contrast, focus more on the ordo salutis (that is, on questions relating to the inter-connectedness of justification, regeneration, sanctification and adoption). Fourthly, it came to light (with the help of research into Paul and into Calvin) that adoption cannot be rightly understood without recognizing the redemptive-historical context of Paul’s uses of huiothesia. How exciting it was to realize that Paul’s five uses of huiothesia could be so ordered — without any despite to relevant matters of authorship or context — as to form a line or trajectory running from the first things (Eph. 1:5), through the period of Israel’s history (Rom. 9:4) and the advent of Christ (Gal. 4:4-6; cf. Rom. 8:15-16), to the last things (Rom. 8:23). Fifthly, it became obvious that the Puritan conflation of John’s new birth model and Paul’s adoption model required the flattening out of the contours of Paul’s redemptive-historical approach to the doctrine. Sixthly, I deduced that this Puritan practice arose out of the desire to work out systematically (i.e., neatly) the unity of the Bible’s message, thus providing an orderly understanding of scriptural doctrine. What was wrong was not the desire for a neat system of theology, but the method of obtaining it. For while the Puritans were correct to say that adoption gives the standing of a son and the new birth his character, they were wrong to arrive at this equation by mixing biblical models (i.e., robust metaphors) without sufficient scriptural warrant. The result in my view is an approach to adoption that can rightly claim a high view of Scripture while displaying an unfortunate use of it. 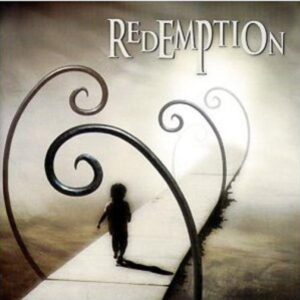 Secondly, the consideration of adoption within the story of redemption gives us a better understanding of the church. It is often assumed that the church came into existence at Pentecost. In Paul’s mind, however, Pentecost marked not the birth of the church but the church’s coming of age. I base this claim on Galatians 3-4, where Paul distinguishes between the life of the church under the old and new covenants. Whereas Israel — Yahweh’s young son adopted at Sinai with all the rights and privileges of primogeniture — constituted the church in its infancy, the Israel of God — made up of Jewish and Gentile believers — constitutes the church come of age. Under the old covenant God’s people could only speak indirectly of him as “Father” (e.g. as by use of simile [Ps. 103:13]), whereas in the new covenant era we address God directly as our “Father”. Under the old covenant God’s people were enslaved to the ceremonial law (the schoolmaster, governor, steward [Gal. 3:23; 4:1-2]), whereas under the new covenant the sons and daughters of God (inclusive of believing Gentiles [former slaves to the rudimentary elements of the world, Gal. 4:3, 8]) are free: old enough to enjoy the liberty of driving a car — to draw an analogy — but mature enough to pay attention to the rules of the road (the moral law/ten commandments).

Thirdly, by considering adoption within the history of redemption we gain a better understanding of the background of Paul’s use of huiothesia. Scholars may differ as to whether Paul’s understanding of adoption is based on Greek or Roman forms of adoption, but his use of the term suggests that he took hold of a Hellenistic term (meaning, literally, the “placing of a son”) and filled it with lessons taken from the history of the old covenant. This does not mean to say that Paul wrote in isolation from the first-century practices of adoption, but it does mean, so far as I can see, that they were not to the fore in his mind when including mention of huiothesia in his epistles. We need, therefore, to be careful when reading first century practices into Paul’s references to adoption. Any allusions perceived must comport with the thrust of the apostle’s clear redemptive-historical perspective and with the immediate contexts of his references to huiothesia.