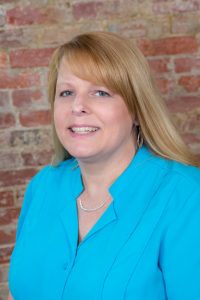 Job Title: Office Manager
Email Address: [email protected]
Favorite Bible Verse: Matthew 25:40 "Truly I tell you, whatever you did for one of the least of these brothers and sisters of mine, you did for me." I have read that this was one of Mother Teresa’s favorite verses as well.
Favorite Adoption Story: Favorite adoption story: About six months into my career in adoption, in September, 2013, the Democratic Republic of Congo stopped issuing exit letters which allowed the adopted children to leave the country. Many of the adoptions were already complete in-country, so they were legally these families’ children, but they were stuck there, a world away from their new homes. Parents who had received the wonderful news that their adoption was complete and had flown there to bring their children home had to return without them. Over the next two years, they would occasionally allow a child to leave, often because of a medical condition. Then in early 2016, the Congolese government began producing lists of children approved for exit letters. There was a flurry of parents and escorts traveling for a few months, then such relief when the last child finally made it home!
Education: Bachelor of Science in Business, majoring in Accounting from Indiana University
Responsibilities: Payroll, human resources, and general office duties for the Indiana office