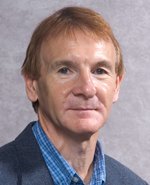 Our next interview is with New Testament scholar Dr. Trevor J. Burke. Originally from Belfast, Northern Ireland, Trevor earned his Ph.D. from University of Glasgow, Scotland. He has taught New Testament in seminaries in Nigeria, Wales, and the Fiji Islands and is currently professor of Bible in Moody Bible Institute, Chicago. One of his research interests is in the family expressions in the letters of the apostle Paul. He is author of the recent title Adopted into God’s Family: Exploring a Pauline Metaphor. Here is D. A. Carson’s endorsement for Trevor’s book on adoption:

1. Dr. Burke, why did you write this book about theological adoption? Precisely for the reason you indicate in your question – a full blown discussion of adoption from a theological perspective needed to be written. But I wanted to ground this theology within the context of a rigorous exegesis of the biblical texts. This exegetical-theological approach it seems to me is important because during the last century scholars and commentators have been preoccupied with the most relevant background which Paul was drawing upon when he used this metaphor. I wanted to situate this metaphor in its proper exegetical-theological context. When we do this we begin to see that adoption is another theological, better salvation, expression, which complements and adds to other well known Pauline terms such as justification, redemption and reconciliation. Adoption not only enriches but adds to these other terms because Paul is drawing from a different conceptual field, namely, the family in antiquity.

A second reason for writing the book is that when I first taught adoption as a part of a class on Paul’s letter to the Romans in a seminary in Nigeria I did so in a cross cultural context. I wondered what adoption could possibly mean to W. African students and how this differed from my British understanding of this practice. Much more important than these is how adoption would have been heard by Paul’s first hearers? This drove me to consider the biblical and cultural contexts against which this metaphor needs to be understood. It is a mistake of some proportion to read our twenty-first century understandings of adoption into a metaphor that is rooted in a first century Roman milieu.

2. What do you cherish most about the doctrine of adoption?

What I most cherish is that adoption is primarily and profoundly a paternal initiative. God the Father is the one who comes in search of us in order to bring us into his household. Whilst justification is the primary salvation term for the apostle Paul, God does not merely justify and leave us destitute with nowhere to go. Rather he goes one step further and adopts us into the security of his household. God’s adopting grace never ceases to amaze me! Our adoption into God’s family has in turn important ramifications for how we do church because on the horizontal level we are also related to one another as brothers and sisters in Christ. Wherever I have been served in the world I have always found a strong bond exists between believers. The old adage that ‘blood is thicker than water’ is true but for those whom God has adopted into his family the filial bonds run deeper – much deeper – because they will last for all eternity!

3. What’s your favorite biblical text on adoption and why?

There are many verses which I cherish but Gal. 4:6 is one of my favorites. Here Paul demonstrates that our adoption is the work of the Trinity where Father, Son and Holy Spirit play vital and complementary roles in our adoption into the divine family. Paul writes: ‘But when the time had fully come, God sent his Son born of a woman, born under law, to redeem those who were under law, that we might receive the adoption as sons’. Because you are sons, God sent the Spirit of his Son into our hearts, the Spirit who calls out “Abba, Father”’. Adoption begins with the Father and it takes place through Jesus his eternal and unique Son and it is the Holy Spirit, no less than the ‘Spirit of Adoption’ (Rom. 8:15), who brings to the believer the assurance of this new filial disposition (Rom. 8:16).

4. What’s the relationship between Christ’s Sonship and ours?

The twin notions of Christ’s Sonship and the believer’s adoption as son are inextricably woven together in the mind of the apostle Paul. In other words, whenever Paul speaks of our adoption as God’s children he reminds us that God does so only through Jesus his unique Son (Rom. 8:3, 29; Gal. 4:6). Put theologically, Paul’s understanding of adoption is Christologically centered in the person and the work of God’s Son. Of course, Jesus’s Sonship is of an entirely different order to ours and that is why Paul always reserves his adoption term to describe believers and never to describe Christ.

5. What difference should the doctrine of adoption make in a Christian’s spiritual life on a daily basis?

When God the Father adopts us into his family, this brings accompanying privileges and responsibilities. In regard to the latter, it is important to note that whenever an adoption took place in the ancient Roman world of Paul’s day, a son was expected to live so as not to besmirch the father or the family name. A son’s greatest priority was to bring honor to the household. This is what lies behind Paul’s statement in Rom. 8:14 when he says ‘those who are led by the Spirit are the sons of God’. Paul’s readers would have been well clued into what this ‘leading’ referred to and v. 13b provides the context, namely, ‘to put to death the misdeeds of the body’. Thus, being an adopted child of God should bring an accompanying hatred for all sin and a desire to live upright, holy lives. Unfortunately, those outside the Christian church are sometimes rightly critical of the fact that there is little difference between those who belong to God’s household and those who do not. If the believer’s adoption is to be legitimized in the eyes of a watching world then God’s spiritual offspring have a moral responsibility to kill off sin.

6. In addition to your book, what other resources on adoption would you recommend to our readers?

J. I. Packer’s Knowing God (IVP, 1973) Sinclair Ferguson’s Children of the Living God (Banner of Truth, 1989), and for a pastorally sensitive approach, Robert A. Peterson’s, Adopted by God: From Wayward Sinners to Cherished Children (P & R, 2001). A book which discusses adoption by someone who has also experienced biological adoption is Mark Stibbe’s From Orphans To Heirs: Celebrating our Spiritual Adoption (Oxford, 1999).

Adoption and the Trinity
Orphans, Adoption, and Fuling, China: a fresh look at James 1:27
“This is my Beloved Son”
“Abba! Father” and transracial adoption
The Assurance of Adoption and Adopted Children
Sermon (mp3): God’s Story of Adoption (sermon endorsement here)