We really shouldn’t be able to talk about adoption long without considering the Trinity. As I’ve written before, adoption is ultimately about relationship; and the relationship that transcends all others is the relationship(s) that the Persons of the eternal Trinity enjoy with each other. Theologians speak of God as a communion of persons. Our minds are stretched far beyond their ability to imagine when we consider the fact that reciprocal love has eternally flowed between the Father, Son, and Holy Spirit. 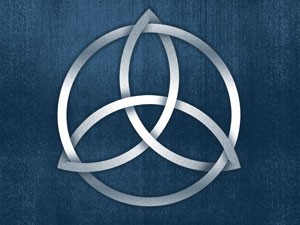 So what do the eternal relationships of the Trinity have to do with the doctrine of adoption? First, there would be no biblical doctrine of adoption if God were not Triune. Think about it: If God were only one person rather than three, there would be no love into which we could be brought to share through adoption. Only a God who is more than one person can be love. There is much more that could be said here, but the bottom line is that if there’s no Trinity, there’s no adoption as sons, period.

Second, and this is absolutely staggering, God’s gracious work of adoption is an enlarging of the circle of communion that has eternally existed between the three Persons of the Trinity. The good news of the gospel is that God brings us to share in the loving communion that He enjoys with His eternal and natural Son through the work of His eternal and natural Son. As Kevin Vanhoozer writes, “The gospel…concerns the triune God’s self-communication for the purpose of enlarging the circle of communion. The gospel proclaims a new possibility, namely, that of becoming a ‘communicant’ in the life of God” (The Drama of Doctrine, 43). Through adoption God graciously brings us to participate in the reciprocal love that ever flows between the Father and His Son.

Dumitru Staniloae, in his book The Experience of God, expresses the relationship between adopted sonship and the Trinity well:

“As a work of raising up believers to intimate communion with God, salvation [is] nothing other than the extension to conscious creatures of the relations that [exist] between the divine persons. That is why the Trinity reveals itself essentially in the work of salvation and that is why the Trinity is the basis on which salvation stands. Only because a Triune God exists does one of the divine persons become incarnate, placing all his human brothers within this relationship as sons to the heavenly Father…Through the incarnate Son we enter into filial communion with the Father, while through the Spirit we pray to the Father or speak with him as sons…If in the incarnate Son we have become sons by grace, in the Spirit we gain the consciousness and boldness that come from being sons” (248).

“The revelation of the Trinity, occasioned by the incarnation and earthly activity of the Son, has no other purpose than to draw us after grace, to draw us through the Holy Spirit into the filial relationship the Son has with the Father. The Trinitarian acts of revelation are acts that save, acts that raise us up into communion with the persons of the Holy Trinity” (249).