This morning, Thomas DiFilipo, President of JCICS, sent out this update of the Guatemala 5000 initiative. (I’ve previously blogged about this initiative here and here.)

Through our collective efforts, the Guatemala 5000 Initiative has resulted in 203 Members of the United States Congress supporting the completion of all in-process adoptions via their signature on letters being sent today, October 31, 2007, to Guatemalan President Oscar Berger, UNICEF Executive Director Ann Veneman and UNICEF Guatemala Director Manuel Manrique. [esvignore]The 203[/esvignore] Senators and Representatives represent the largest number in the 22 year history of the Congressional Coalition on Adoption and the first time the Coalition has addressed UNICEF. 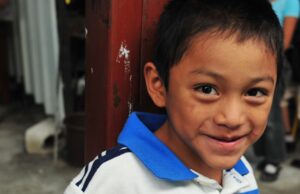 Joint Council thanks the thousands of adoptive families and their friends who made calls, sent faxes and emailed their Congressional representatives. We also extend our considerable appreciation for the efforts of the Congressional Coalition on Adoption Institute for their tireless efforts, to the National Council for Adoption for their support and to the Co-Chairs of the Congressional Coalition, Senator Mary Landrieu, Senator Norm Coleman, Congressman James Oberstar and Congresswoman Ginny Brown-Waite for their vital leadership.

The text of the letters along with all signatories will be available on Friday, November 31, 2007, on both the Joint Council website and the CCAI website.

It is our continued hope that these letters will result in the development of a legal, transparent and expeditious process by which the thousands of children currently in Guatemalan orphanages and foster-care will find their permanent, safe and loving family.

As we have stated many times, Joint Council will continue our advocacy on behalf of the Guatemalan children until each child needing a family has found one.