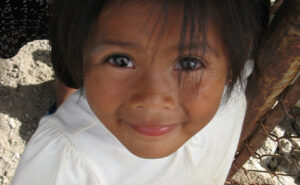 Today Thomas J DiFilipo of JCICS released an update on the Guatemala 5000 initiative, an effort to organize families with a stake or interest in Guatemala adoptions – or in child welfare generally – to advocate for a humane process while Guatemala transitions to a new adoption law. At present, there is no certainty that Guatemala will honor current cases once the new law comes into force. JCICS is calling on families to contact their 3 congressional offices by Wednesday to ask their congressmen to sign a letter to the Guatemalan government appealing for an ethical and humane transition. See the update below for details.

Following is our weekly update on the Guatemala 5000 Initiative. This past week saw much activity including continued direct dialogue with UNICEF and the Office of President Oscar Berger. We once again thank the adoptive parent community, our friends and our professional colleagues for everyone’s continued support.

Joint Council is very pleased to report that as of Friday October 19 2007, 70 Members of the United States House of Representatives and 28 Members of the United States Senate have agreed to sign the letter to President Oscar Berger and UNICEF Executive Director Ann Veneman. With three days remaining until the deadline for signing the letters, we expect to have the support of well over 100 Congressional offices. As we reported last week . . . your voice is being heard!

The deadline for Members of Congress to register their support is Wednesday October 24th. We anticipate the letters to be sent to President Berger and Executive Director Veneman on or around October 29th.

Given the ongoing nature of our initiative, we do not yet know the names of those Representatives and Senators that have agreed to sign the letters. We ask that you contact your three members of Congress no later than Wednesday October 24th and ask if they have agreed to support the Guatemala 5000 Initiative by signing both letters. If they have, simply thank them for their support. If not, ask that they support the Guatemala 5000 Initiative by agreeing to sign onto both letters.

For those Congressional offices needing additional information, please refer Members of the House of Representatives to Mr. Chip Gardener in Congressman Oberstar’s office and Members of the Senate to Ms. Lauren Bocanegra in Senator Landrieu’s office. They can also contact Ms. Nicole Vitale at the Congressional Coalition on Adoption Institute.

As you may know, statements by President Oscar Berger and Guatemalan Congressman Roberto Morales were reported in the Guatemalan press this past week. Some have interpreted these statements to be the official support of the Guatemalan government for the completion of all in-process adoptions under the current law and procedures. Joint Council has chosen to withhold its assessment until a transparent and expeditious process for completing the in-process adoptions has been published by the Berger administration.

To date the terms by which an adoption would be considered “in-process” and the process/timeline by which the children’s adoptions will be completed have not been published. Given the volatile nature of Guatemalan adoptions and the current political environment within Guatemala, Joint Council does not consider it prudent to rely on vague and conflicting statements by various officials. Until such time that President Berger publishes clear definitions and a transparent process for legally and expeditiously completing the adoptions for all children having been referred to a family, we will continue to advocate on behalf of the children we serve.

On October 15th Joint Council participated in a panel discussion with UNICEF Guatemala Director Manuel Manrique, UNICEF Consultant Kelley Bunkers and adoptive parent and journalist Elizabeth Larsen during the Adoption Ethics and Accountability conference in Washington DC. In continuing our ongoing dialogue with UNICEF, Joint Council has been invited to meet with UNICEF officials beginning next month at UNICEF headquarters in New York.

A point of clarification for adoptive parents:

It was indicated by UNICEF representative Manuel Manrique both at the conference and subsequent interview with National Public Radio, that the announcement attributed to President Berger (noted in Joint Council’s Guatemala 5000 initiative) did not actually occur and the initiative itself unnecessary. Joint Council firmly stands by our statement and ongoing support of Guatemalan children via the Guatemala 5000 Initiative.

Joint Council believes that using diversionary and misleading tactics do not advance the best interest of Guatemalan children. We again call on all parties to refrain from such strategies and focus our energies on ensuring that all children referred to families are permitted to complete their adoptions in a legal and timely manner.