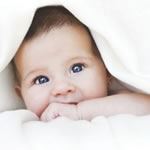 Since Nightlight Christian Adoptions pioneered the field of embryo adoptions in 1997, our agency has been thrust into the media and political spotlight for our strong pro-life position.  We advocate for the personhood of embryos, and since 1959, we have helped over 3500 women in crisis pregnancy make the sacrificial choice of an adoption plan, with our domestic adoption program in ten states.  As survivors of the abortion holocaust, a reversal of Roe is the answer to a prayer we have prayed our entire lives in which we have seen one third of our generation perish.  This court case makes abortion a state issue, rather than federal issue, and therefore we expect that God-fearing states will see a decrease in abortion while the court ruling has little effect on other states.  Pro-life advocates have always known that abortion will never be diminished by legislation or court rulings: it is a cultural issue.  We are mindful of the generation which celebrates abortion while simultaneously lamenting the paucity of babies available for adoption.

Our current generation grew up with Roe, so the culture largely did not second-guess the morality of abortion. We hope that a reversal of Roe will cause a younger generation to be more mindful of the moral issue surrounding abortion and that this ruling will spark cultural change.  Nowadays the majority of abortions are chemical (pills), rather than surgical.  Therefore, even in states with heartbeat laws, it is unlikely that abortions will cease since clandestine abortion is so readily available.  Some people assume that a reduction in abortion will lead to an increase in adoption, which is entirely possible as a cultural shift occurs where people have misgivings about abortion.  However, there is also the option of parenting, and we expect a reduction in abortion will also lead to an increase in parenting.  For many, this will be a blessing, but adoption should be on the table for people at risk of losing custody to the state, which is often the case when birth parents are considering placing for adoption, for reasons such as substance abuse issues.

Pro-life advocates are often heckled by protestors who object, “What is going to happen to all these babies who you are forcing to be born?”  Everyone who works in the field of adoption (regardless of their view on abortion) knows that the number of hopeful adoptive parents far outweighs the number of babies who would be born, even if abortion were a thing of the past.  In fact, God seems to have already done the math and devised a plan: about 1 in 6 couples face infertility issues, while 1 in 3 pregnancies result in abortion.  The bottom line is, there are sufficient ready and waiting adoptive parents for the precious babies who will be saved, and Nightlight is prepared to give unbiased counsel to parents facing crisis pregnancy.