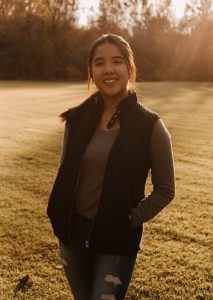 Orphans have a purpose, even though they are born into a life with few opportunities. I was an orphan in Ho Chi Minh City, Vietnam, and my adoption story is no exception. My life was forever changed when I was adopted. I was chosen to fly twenty-four hours to the United States to become a member of a family at the age of four and a half. When I arrived in the United States, as soon as I stepped off the aircraft and my new little pink sandals touched the black pavement, I became an American citizen and part of my forever family, the Schuitemans. Adjusting to this phenomenon of adoption was difficult at first. I was placed in an entirely new culture, and I had no concept of a family. In the Tam Binh I Orphanage, few people cared about me, and my number one priority was survival. It was hard for me to understand that my family loved me and wanted to care for me. Because of that, I was forced to become very independent at a young age; I did not experience people who lovingly cared for me and who found it a joy to meet my basic needs. After being with my new family for six months, I slowly began grasping what it meant to be part of a family.Being adopted has had a profound effect on me. This is best demonstrated through my salvation story. In Vietnam, Buddhism is strongly prevalent; conversely, Christianity is not. I was adopted by Christians, and I have been taught what it means to be a Christian through reading and studying the Bible. When I was seven, I accepted Jesus as my Savior and Master. Since then, I strive to live for God’s glory. I have had my ups and downs, but God has always been faithful to guide me back to Him. I like to say I was adopted twice -once by my earthly family and once by my Heavenly Father. I am so thankful that I was given a better life by an earthly family’s adoption. Most importantly,however, I was given eternal life by the ultimate adoption from my Heavenly Father!I have been given opportunities that would not have been possible without adoption. I was given a second chance at life when my birth mom, under unfortunate circumstances, decided adoption was better than abortion. She made a brave choice! I am living a richer life because ofmy adoption. My life is richer because I have found purpose in Jesus Christ. I have been blessed to travel to France and Ukraine. I have graduated from high school and just completed my first semester of studies at Grace College in Winona Lake, Indiana, where I am in pursuit of an Event and Facility Management Degree. I enjoy serving at my local church through music and children’s ministries. I work as an IHOP server and a front desk agent at the Winona Lake Marriott hotel. I work hard to develop and maintain meaningful relationships as family and friends are very important to me. I strive to live a life that reflects God’s glory. One of my older sisters says that I am the reason she pursued a career in mission work. As you can see in so many ways, my life is full and filled with purpose.Everything that has happened in my life has been impactful and purposeful. Who I am today is a result of being adopted. I have developed a deep passion for orphans and adoption because of my life’s story. Accordingto UNICEF, there are an estimated 153 million orphans worldwide. Each orphan has a unique and special story that is waiting to be unfolded. I choose to share my adoption story because I hope it encourages people to see the beauty in adoption.
–Lila