As Father’s Day approaches, we want to honor all dads, especially those who have opened their hearts and homes to adoption. When it comes to stories of parenting, fathers do not often take center stage. That is why we asked two adoptive fathers to share their experiences during and after adoption. Each faced unique struggles on their journey, but their success and words of encouragement are an important reminder of the power of a strong father.

Ryan, who was initially in our Mexico program but adopted from a dissolution, shares how experiencing hardship through his adopted daughter helped him to be more compassionate toward everyone around him.

“To me, adoption means opening your home, family, and yourself to offer love and support for a child that needs it. It’s is about putting your family and a child before yourself. I was always nervous about adoption. I feel like I barely knew what I was doing with the 2 kids I already had and I wasn’t sure if I was a good enough parent or person to handle a child that has been through the trauma that adoption brings. I still get the same feelings now at times, even 5 years into being an adoptive parent.

“A big consideration is the cost of adoption. Adoption costs are expensive and they were very much a concern when we started looking more into adoption. We did some fundraising to help offset some of the costs. After adopting, we also took advantage of any and all adoption tax breaks that we qualified for. We were able to recoup a significant amount of the costs with just these two methods.

“Since adopting, I have grown a lot as a parent and as a person. My daughter may have learned some things from me, but I think I have learned more from her. I have a much better understanding of how trauma affects people and I try to use it in my interactions with other people as well by trying to give people more grace because I don’t know what they have, or are currently, going through.

“My advice to anyone wanting to adopt is to throw your expectations out the window because in my experience, expectations are nothing like reality when it comes to adoption. Some things are easier than you expected while other things are harder. If an adoptive parent is afraid he won’t be able to love a child who is not his biological child, I would say It definitely takes time and unconditional love. I don’t think any reasonable person would expect you to deeply love your adopted child when you first meet. I have found that attachment can be very hard, for both parent and child. Perseverance, patience, and communication have helped us when attachment wasn’t going well. As long as you continue to strengthen your relationship, love should come naturally.”

Joe, who adopted from Nigeria, discusses his faith as a guiding light through the ups and downs of adoption.

“From the time we started the adoption process to the time we finally brought our child home was five and a half years. The process was long and hard…. but unforgettable! We have learned that adoption is very much like a roller coaster, both in the process and in your emotions. For us, there were times we thought the process was moving along very smoothly, the never-ending paperwork was getting done and everything seems on schedule. But then, out of nowhere, something would happen and cause a delay. After a while, the pace would pick back up, sometimes even too fast! Up and down we would go.

“Our emotions would be on the same roller coaster as the process was. When things went great, we felt great. When things were delayed or doors were closed, we felt sad and hopeless. We have learned that this is just how the adoption process is. So, if you are going through that, you are right where you should be. You will have ups and downs, happiness and tears, excitement and fears, joy and anger. The memories of this journey will always be with you. And in the end, if you stick with it and don’t give up, you will have a precious child to share your life with, forever.

“For us, God specifically called us to adopt a child from Africa. We knew it was His calling. So whenever one of those delays or setbacks happened, we always reflected back on that calling. Did God still want us to adopt? Every time we asked Him, we got the confirmation to continue, despite the feeling of giving up. And we had good reason to feel that way! There were so many roadblocks and hiccups along the way. We had to switch countries from Uganda to Nigeria after a year and a half in the adoption process. We were officially matched with three children and almost matched with two or three others. We almost traveled to those countries twice. We were even matched with a child for a year, sending him letters and gifts, only to have it fail in the end. All those opportunities of adopting those children fell through, except the last one. The last child we were matched with worked out! We officially adopted our son in October of 2019 and the following year, in October of 2020, he came home!

“The adoption process is so complex and difficult to understand that we just need to trust those people that know what they are doing and trust in God that He will see it through.”

In these fathers’ accounts of the rewards and hardships of their adoption processes, the need for perseverance is a clear theme. Setbacks can be discouraging, and you may find that you have much room to grow once you are united with your adoptive child. This June, take time to appreciate the fathers in your life who give so much of themselves for their families. 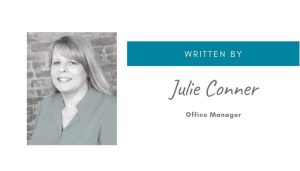 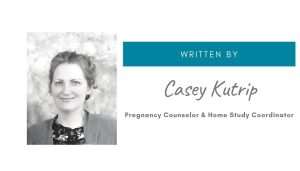