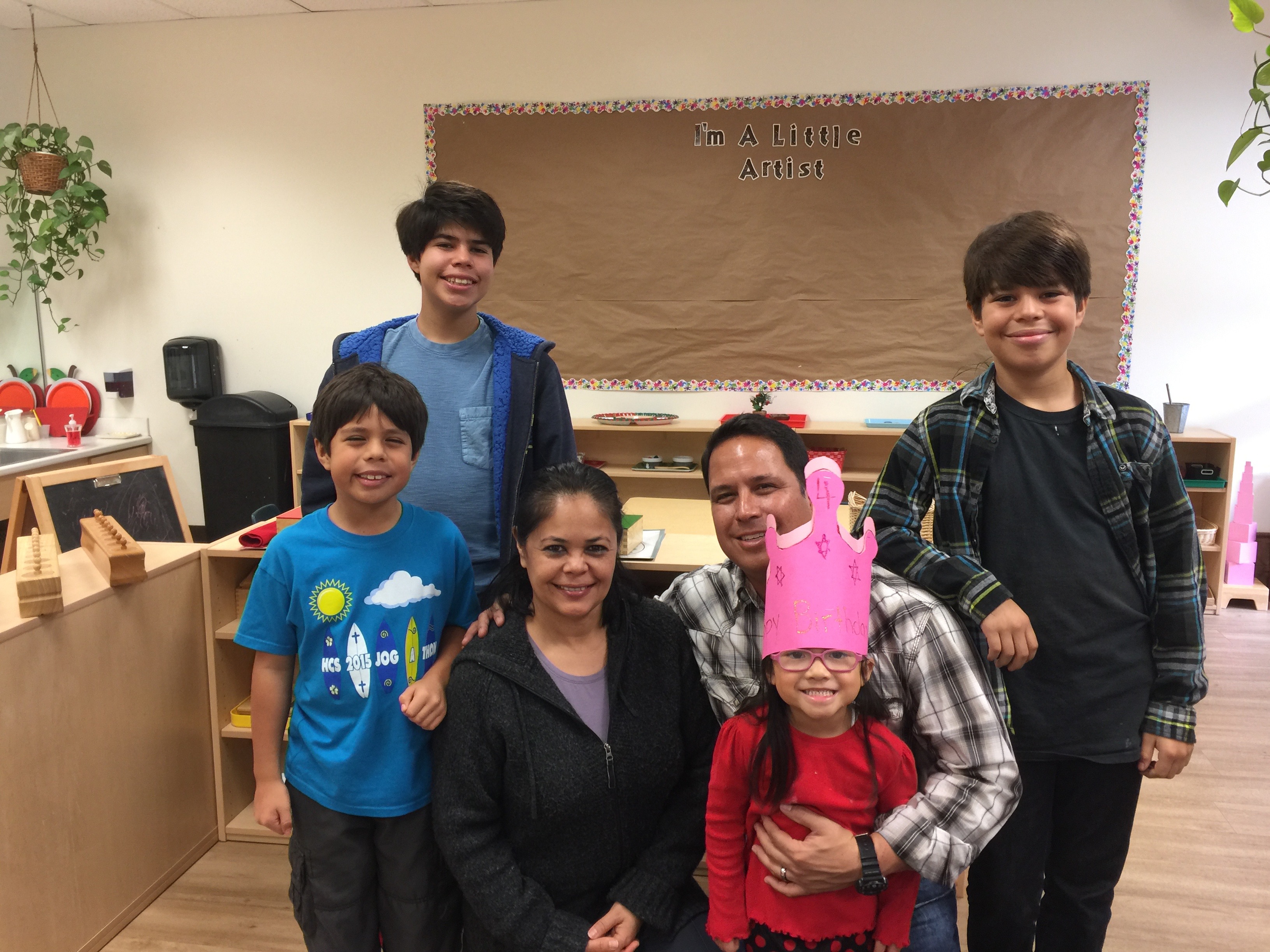 In December 6, 2015, our family welcomed the greatest gift we could have ever hoped for. That was the day our daughter, Ariana, entered our lives — and our hearts. But really, this isn’t our story. It’s the story of a remarkable, independent, curious and joyful child from a small village in China.

Ariana was born on Christmas Day 2012. A few days after her birth, she was discovered in the reeds by the bank of a river, where she had been abandoned. When she was found, she weighed less than two pounds.  Ariana is a survivor with a courageous and joyful heart, as we have found over this past year.

Ariana spent the first year of her life in an orphanage in China. At the age of one, she moved into a foster home where she was cared for by a loving and kind foster family.  Her foster mother was full of life and clearly loved are future daughter. Ariana was diagnosed with a heart condition, low birth weight, possible learning disabilities. Ariana’s heart turned out to be stronger than anyone knew.

While Ariana was living with her foster family, our own family was searching for the perfect child to share our home and our love. This search began soon after the birth of our third son, Cooper. Jaime and I had always wanted a daughter, and I wanted to experience the kind of unique, close relationship I’ve been fortunate enough to have with my own mother.

After much praying and soul-searching — and learning from other families who had adopted — Jaime and I decided that we had room in our home and our hearts for another child. We wanted to provide a family to someone who did not have a family of her own. There are an estimated 153 million orphans worldwide in need of a loving family and a home. If we didn’t do this, then who would?

We considered adopting a child from the United States, but after careful consideration decided to search for our daughter overseas. By adopting domestically, we knew we would open our family to the possibility of someday losing our daughter. We didn’t want to put ourselves or our three sons through that heartbreak. Each family builds itself in its own unique way. We chose to adopt a special needs child from China to be part of our family forever.

Choosing to adopt wasn’t just a personal decision for us; it was also a spiritual calling. We recalled passages from the Bible that spoke to us and reassured us we were doing Gods work. God draws near the brokenhearted (Psalm 34:18), extends grace generously (2 Corinthians 9:8), and loves lavishly (1 Jon 3:1). We considered Christ’s death and resurrection, how this miracle serves as an invitation to all of us to turn to God as our Heavenly Father.

We read in Ephesians 2:13 about God’s desire to bring near those who are far away, and in 1 Peter 3:18 about how God wants to bring us home to Him. We saw in our adoption of Ariana a reflection of this homecoming, and a connection to God’s love for all of us whom He considers His children. We encourage other families with strong marriages, financial resources, and abundant love to heed the call to share their families’ blessings with a family-less child as well.

After heading the spiritual call to adopt, we decided to go through a non-profit organization called Nightlight Christian Adoptions. And thus began the three-year process of finding and adopting a little girl from China. We completed extensive counseling, evaluations, and stacks of paperwork. And then one day — when we were least expecting it — we received an email and a photo of a beautiful little girl with bright, intelligent eyes and an infectious smile. We had a match!

Now began the process of finalizing the adoption paperwork and making travel arrangements for the arduous trip to China. At first, we weren’t going to bring our three sons with us on this long journey. But then we heard our boys praying for their new sister, asking God to make sure she was warm, that she had enough to eat and that someone was hugging and loving her.  Their prayers brought tears to my eyes, so simple and so perfect for our future daughter.  Those were exactly the things that mattered.  We instantly knew that our boys had to be a part of this incredibly important moment for our family, that they needed to be there too when we first met our daughter and their sister. It was the best decision we could have made.

We flew into Beijing on Dec 4. After a few days doing touristy things, anxiously biding time until we could meet our daughter, it was time to fly to the town of Guiyang. We thought we’d have another day to prepare for her; we wanted to bring her toys and look our best. But we ended up driving straight to the adoption agency from the airport — un-showered, unprepared, unbelievably tired but incredibly excited.

After being grilled by a very concerned, thorough and caring foster mother (we must have met her approval!), we finally got to meet Ariana face-to-face. She was just as excited as we were, and couldn’t stop giggling. She immediately gravitated toward Cooper our youngest and starting playing with him as though they had been friends since birth. She instantly connected with all our boys, and the feeling was mutual. It was a great day — one year ago today!

We spent that entire first day with Ariana, getting to know each her and introducing ourselves. We discovered that she loves books — more so than toys. When the new-ness of everything finally hit her, Ariana started to cry. It was Jaime who was able to console and sooth her to sleep by singing her Bible songs (“Jesus love me. this I know…”).

Over the next few days, we encountered a number of obstacles that nearly prevented Ariana from coming home with us as planned. For starters, her passport had the wrong baby photo. Then, during her health screening, it was discovered that she was running a fever. We thought, oh no is this the beginning of her special needs.  Without a proper passport and a clean bill of health, we couldn’t leave China with Ariana. So we waited, and prayed. Throughout this time, we got to know our daughter even better and fell completely in love with her.

God answered our prayers, and Ariana’s passport came through. Her fever was gone by the time we went back to the doctor for her second health exam. And before we knew it, our newly extended family was on the very long plane ride back to Huntington Beach. I won’t lie, the flight wasn’t easy. But we made it home — together.

Of course, when I say “home,” I actually mean a hotel room. Our house had experienced significant flood damage and was unlivable. While the repairs were being completed, we spent two weeks in a nearby hotel  —  Ariana thought that was where we actually lived. The upside to this temporary nomadic lifestyle was that we didn’t have to worry about the day-to-day chores of housekeeping, washing dishes, mowing lawns and cooking meals. Instead, we could focus all of our attention on helping Ariana feel loved as a part of our family.

We finally moved back into our home on Christmas Eve, just in time for Ariana’s first birthday with us. And what a gift she has been. She has quickly adapted to our chaotic, noisy home that is filled with energy and with love. And she holds her own with three older bothers. We’ve come to love her endless curiosity about everything, her sense of wonder, and her independent streak.

She is such a happy child, filled with a joy that spreads to those around her. She’s got Jaime wrapped around her little finger, and she’s definitely daddy’s girl. But I also cherish the special relationship I’ve developed with Ariana as her mother — just as I have with my own mother. Our friends and family have been instrumental in supporting us throughout this entire journey, and in welcoming Ariana to her new home. We couldn’t have done this without the love and help of the people in our lives.

We are a true family of six now, and it feels as though Ariana has always been here — as though she was meant to be here. We are blessed to report that despite being labeled as a special-needs child, she is as healthy as can be — no heart condition has surfaced. We honestly didn’t know what to expect when we brought Ariana home. Finding and adopting Ariana required a leap of faith, and God completely took care of everything. She’s the perfect fit for our family.

Occasionally, well-meaning people will tell me how lucky it is that we adopted her and gave her a loving home and family. Actually, we believe it’s the other way around. That we are the blessed ones to have found her. Ariana has enriched our lives in so many ways. She is the child we prayed for, and a gift we are so very thankful for.

Thank you for allowing us to share Ariana’s story, and for joining us in welcoming her home. Today, Ariana will have been with us for exactly one year. Your prayers made this dream possible.  You are our friends and family, we can’t think of anybody else we’d like to share and celebrate this special anniversary with us.