How will this affect adoptions from China?

Yesterday the headline news from China was the end of their long-standing One-Child Policy. Certainly, those who are adopting from China or who are considering an adoption from China are curious as to how this may affect the number of adoptions completed. As Director of the China Program at Nightlight, I wanted to share history, facts, as well as my thoughts on this with our Nightlight community. 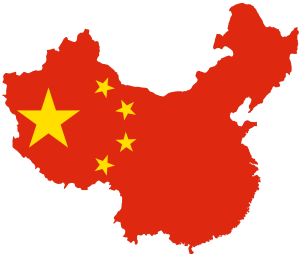 China’s One-Child Policy, officially termed the Family Planning Policy, was introduced in 1978 and implemented by the Chinese government in 1980. It was a method of controlling China’s growing population in an effort to alleviate social, economic and environmental problems in China. The original policy allowed many exceptions and applied mostly to Han Chinese, the majority ethnic population of China. The policy was enforced at the provincial level through fines which were levied based on income as well as other factors. It is estimated that the policy prevented 400 million births. Over the years, the policy was relaxed. A report from China Daily in 2007 stated that only 36% of China’s population was subject to the one-child restriction and 53% were allowed to have a second child if the first was a girl. In 2013, the laws were officially relaxed to allow a second child to couples where one of the couple was already an only child. It is my understanding that the ban will officially be lifted when government officials meet in March, 2016. The new Family Planning Policy will allow every married Chinese couple the choice of having a second child.

I am excited for the people of China who desire to have more than one child to be given that opportunity. I think it is difficult for American citizens to imagine our reproductive rights being controlled by a government to the extent of limiting us to ONLY one child. Alison Yu, our coordinator in China who lives in Beijing, reports that everyone seems happy for the decision. She stated “many children who are the only one at home feel lonely, they need siblings.” Alison and her husband have two children, a son, born in 2002 and a daughter born in 2004. She and her husband paid a large fine after their daughter was born in order to have her properly registered with the Chinese government so that she could receive medical treatment and educational services. This is a good change for the people of China!

According to the United States Bureau of Consular Affairs, between 1999 and 2013, the number of children adopted by U.S. citizens from China totaled 249,694. The largest number was in 2004 when 7,903 Chinese children entered the United States through adoption. A very large decrease was seen between 2007 and 2008. This slowdown can be attributed to two major things. (1) The Hague went into effect in 2007 and (2) China changed their eligibility laws greatly reducing the number of families who qualified to adopt from China. The adoption numbers have steadily declined. The most recent numbers are from 2013 and show that 2,306 children from China entered the United States on adoption visas.
Nightlight has been very transparent to our adopting families as the climate of adoption has changed. The rate of healthy referrals from China has continued to decline. Families whose dossiers were logged in after December 31, 2006 continue to wait for a referral of a healthy child. The majority of those families requested an infant female. These families have now been waiting nearly eight years and that wait time continues to increase.

Love Without Boundaries is an organization whose goal is to provide medical care, foster care, education and nutrition to orphaned and impoverished children in China. Amy Eldridge, Executive Director of Love Without Boundaries, in her article entitled “The End of the One-Child Policy” stated: “There is still a widely held (and mistaken) belief that orphanages in China are filled with healthy children, given up due to the one-child policy, [however], orphanage populations have shifted completely since I first began working in China over a decade ago. It is extremely rare for a “healthy” child to even enter orphanage care these days, and those that do are quickly adopted domestically.”

What Ms. Eldridge reported and what I have seen during my visits to China, specifically in the orphanages with which we have a One-to-One Partnership, is that the children who are entering the social welfare institutions all have medical needs which vary from very minor and/or correctable to severe and life-altering or life-shortening. China is a culture whose people highly value physical health, therefore, they prefer healthy children, whether the child be male or female. Knowing this, I suspect that children with medical issues will continue to be abandoned, and I do not anticipate that the new two-child policy will lower the need for families who are willing to adopt children with medical needs.

Many people are thrilled at the recent news that Chinese couples will be given the opportunity to have two children if they so wish. I think the culture of China will be slow to change in their desire for health and that the Chinese adoption program, which has already shifted from a healthy child adoption program to a special needs program, will continue. In 2008, China was the #2 adopting country behind Guatemala which closed its doors to adoption that same year. Since 2009, China became and has remained the #1 top adopting country according to numbers from the U.S. Bureau of Consulate Affairs. Nightlight continues to recruit families for the many waiting children that are available for adoption in China and look forward to serving those clients from their first inquiry call until long after the child has arrived home.