Families often ask about the benefits to hosting.  Why should we pay thousands of dollars to bring children to the United States only to have them return to their country of origin as orphans?  In my 15 years as a social worker, I have been employed mostly in the adoption and foster care arena.  Through the years, I have witnessed so many older children languish in orphanages or bounced within the foster care system.  Why? Mostly due to fear of the unknown.  Most adoptive families have their heart in the right place when considering adoption, but in general they picture young, healthy, orphans.  They imagine the cuddle time, the playtime, the early years.  It is hard for a family to imagine cuddling and playing with a teenager.  Our dreams of a family are wrapped up in cuteness, and why not?  That is completely normal. 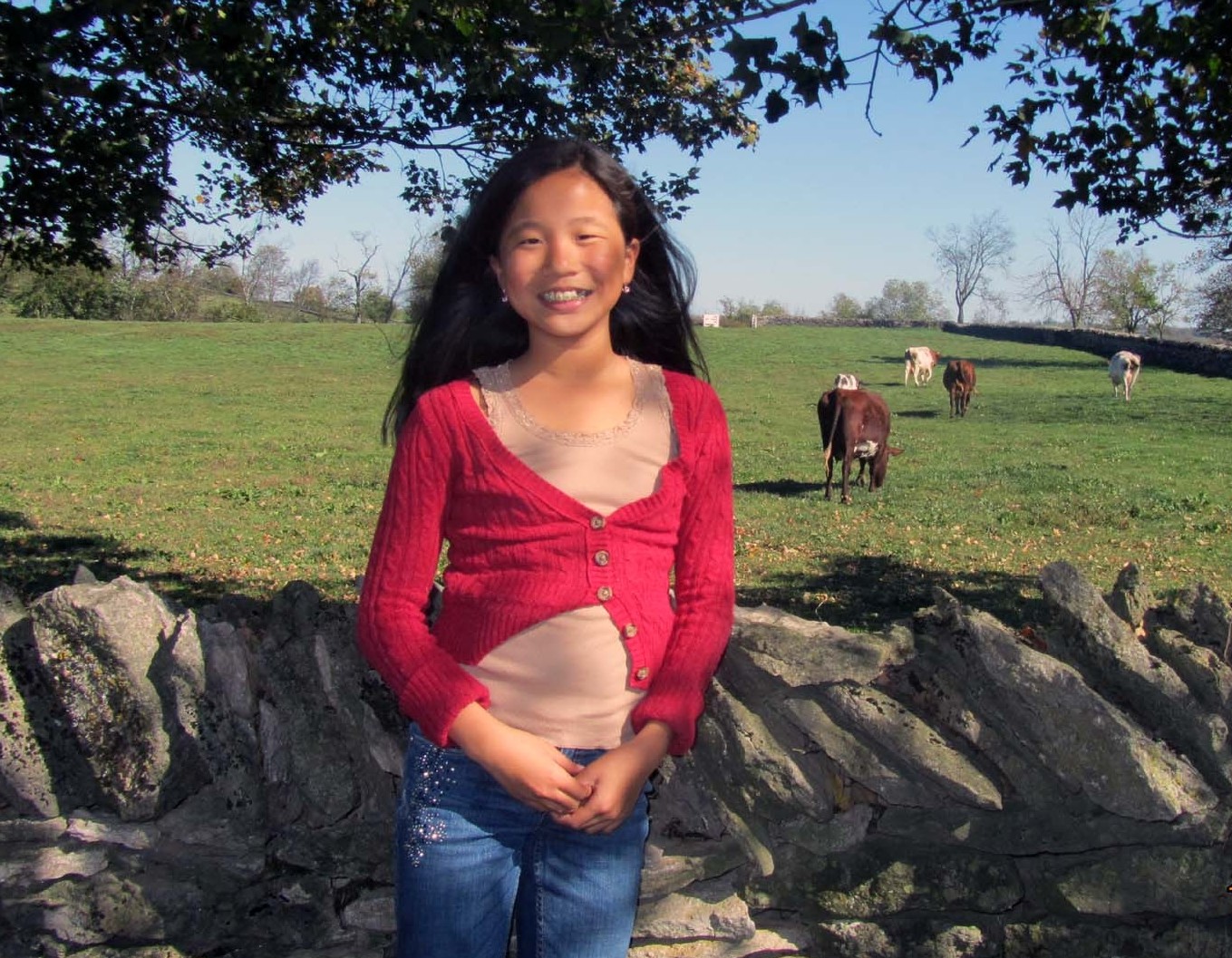 The truth is that most orphans awaiting adoption both in the United States and around the world are older or have special needs.  Adoptive families often fear that they will not be capable of dealing with an older child’s traumatic past and some even fear they might be in danger from a child’s behavior.  Early on in my career, I worked for a Christian foster care agency.  Part of my job required me to attend weekly meetings wherein the state would share profiles of children needing placement.  I would compare my list of foster homes and try to match a profile with a family who had an open placement.  Unfortunately, agencies would vie for placement of the younger children while the older children would continue waiting in group homes or hospitals.  The older children waited, not because they weren’t ready to go into a less restrictive placement, but because there were no foster parents willing to take them.  Often the younger children available for placement had a more serious list of behaviors but because of their age, families were willing to take them rather than the older children.  Did you know that teenagers who have had a traumatic past are actually much less likely to have a violent outburst than a four year old with a traumatic past?  The reason is maturity and development.  Four year olds have not developed the self- calming skills that most teenagers have learned.  Also, a teenager can usually be reasoned with.  Of course there are exceptions and those are the stories we hear in the media.  At that previous agency, we began a campaign to find homes for teens.  The scripture we often used to recruit foster parents was Mark 9:37 “Whoever welcomes one of these little children in my name welcomes me; and whoever welcomes me does not welcome me but the one who sent me.”  Notice the scripture does not say a child between the ages of 0 and 8 years old.  In one year, we were able to increase the number of teen placements by 50%.

Here’s some more good news.  When families host an international orphan, they do so for only 3 weeks.  They get the opportunity to experience life in their home with an older child.  They get to meet this child 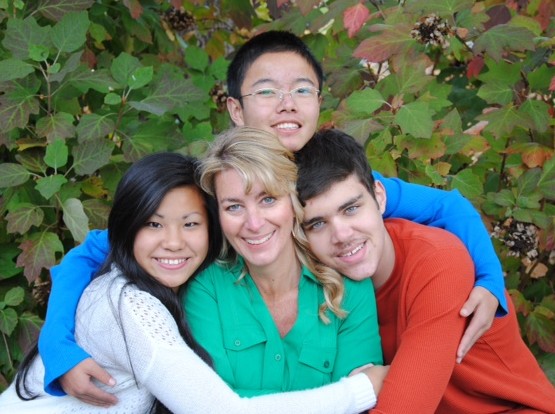 and get to know him or her personally.  Hosting also gives your other children an opportunity to experience another culture and have compassion for orphans around the world.   In addition, children hosted by families get to experience life within a family which is something most of these children have never had the opportunity to experience.  When you bring a hosted child to the United States, they have many opportunities to hear the gospel and hopefully make a profession of faith.  Lastly, 95% of children hosted are permanently adopted into a home here in the United States.  You do not have to be certain you will adopt before hosting.  In fact, we prefer that you not be thinking about adoption but just about supporting an orphan and loving on them for 3 weeks.  Many hosted children are adopted by extended family members or church members of their host family.  Four years ago, I was working with a group of host children from Ukraine.  At the last minute, one of our host families backed out.  I searched desperately for another home study ready family.  A family stepped forward solely with the intention of hosting a teenager.  They had previously adopted two children who were much younger, and they had no intention of adopting a 13 year old boy.  They were, however, willing to fulfill the need.  Well, within 2 days of this child being in their home, they were moved to adopt him.  He is now 18 years old and doing exceptionally well.  I once heard another adoptive family speaking at a workshop and the adoptive father shared how his family had begun the adoption process and felt overwhelmed by deciding on race, gender, special needs, etc.  They realized that most of their parameters were set by fear and not necessarily by God.  They made the decision then and there to be open to anything.  He said, “Fear does not come from God.  It is important to know what you can and cannot handle and seek God’s guidance, but if you are making a decision out of fear, that is not from God.”

Please consider hosting one of these beautiful children.  We have $1,000 scholarships already available for every child which reduces the hosting cost to $2,000.  We also have additional needs based scholarships available for families needing assistance.  Should you decide to adopt, we will put anything you have paid to the cost of hosting toward your adoption costs.  We need families in KY and Southern California.  Please call us today at  859-263-9964  and ask for Hannah, Stephanie, or Dana. 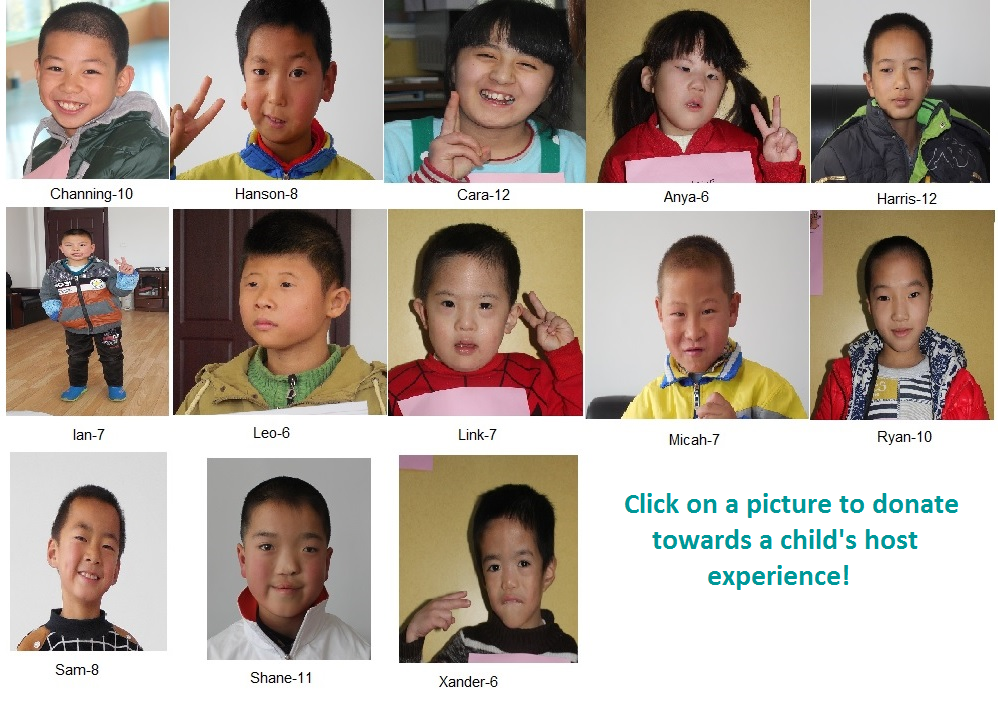