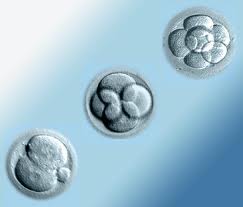 James and Leah began trying to have a baby two years into their marriage. They soon discovered that due to Leah’s surgery at age 16 for a ruptured appendix, scar tissue was preventing the eggs from coming to the uterine tubes. More surgery was the answer and they rejoiced when they finally saw that positive pregnancy test. Their son was conceived traditionally and born nine months later.

As many parents do, Leah and James waited a few years before trying again. They needed more surgeries to remove scar tissue and sadly each attempt at conception was unsuccessful. Knowing their family was not complete they sought the next level in fertility technology and pursued IVF.

Leah responded almost too well to the hormones and the doctor finally decided to stop retrieving eggs after he’d removed 22. They transferred three embryos and two implanted. Leah and James were overjoyed to learn they were having twins! After a normally eventful pregnancy, two beautiful, healthy girls were born.

Years later, their family of five found themselves busy with their involvement at church, raising 4-H animals, traveling, sports, Civil War reenactments, band, swimming, dance, and caring for aging parents. James and Leah knew their family was complete and, after thoughtful consideration and much discussion, decided to place their remaining nine embryos for adoption through Snowflakes.Initially, the embryos were adopted by a loving family who felt a calling to give life to frozen embryos. They were excited to have their transfers yet, very sadly, the adoptive father lost his job and the family fell into financial hardship. Trying to keep a roof over their heads and provide for their other children proved a challenge. They were unable to afford the transfers and the embryos were returned to James and Leah.

James and Leah placed the embryos with a second family, a loving couple who had tried nearly everything to become pregnant. Looking forward to becoming parents, they thawed five embryos and transferred the two that survived. On a day wrought with anticipation and hope, their worst fears were confirmed: the pregnancy test was negative. Emotionally and financially downtrodden, they decided not to continue with any further transfers.

Four embryos remain frozen.  They’ve had quite a journey so far!  James and Leah are determined to find an adoptive family for these remaining embryos. Many are hesitant to adopt these embryos because they were frozen so long ago. If they are born in 2013, these babies will have been frozen for 14 years before they were born. While impressive, this is by no means a record. Babies have been born from embryos frozen 20 years!

Leah and James know their children may want to meet their genetic siblings and get to know them. They would like an adoptive family who believes in the importance of an open relationship for the children involved and would like to keep in touch.

Age of Leah at egg retrieval: 35

Minimum length of marriage: Five years (not open to a single woman)

Current number of children: Any

Is something tugging on your heart to learn more?  Please contact the Snowflakes Program and Kelly, Megan, or Ciara will be happy to answer your questions.  If your heart is willing but funds are low, ask us about scholarships!

Ready to pursue a potential match with this genetic family?  Fill out a free Preliminary Application and we’ll contact you! You can also contact us at 714-693-5437 or Kellyp@nightlight.org