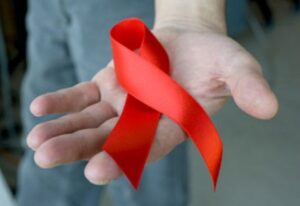 Based on a visit to the CDC with an expert on HIV/AIDS, who also has a strong and personal interest in orphan care, I learned that one of the most striking facts that all of us who care about orphans should realize: Not only does AIDS create orphans, but orphans are the most likely group to become HIV infected.  For example, 60 % of street kids, ages 15-25 years old, in St. Petersburg and nearly 54% of kids in Kiev are HIV positive.  We already know that there is a higher rate of crime, drug use and prostitution among those who age-out of the orphanages—and these are the same risk factors that lead to HIV infection.  When we start to take care of the orphan crisis, we will also be positively impacting the HIV/AIDS crisis.

One area most impacted by AIDS is Africa, so when I read that some people are “concerned” about the rate of adoption among children from Africa because people are “trafficking” in adoption, I am truly amazed. Does anyone really think that people are stealing babies and children to sell them for adoption? Are there not enough babies and children already orphaned by AIDS and other diseases in Africa? Are children left at police stations or with elderly grandmothers who can barely care for them, not truly orphans? Why do these children not deserve a stable home? Is it truly illegal for a judge to rule that this child deserves a family and gives guardianship for a child to a family so that the family can legally adopt the child?

And why is the word trafficking even being used in conjunction with adoption? Trafficking would mean that a child is “adopted” for the purpose of sexual slavery or work.  If a child’s paperwork is not in perfect order—that is not trafficking. If the child is brought to the police station and the police see that the child is horribly malnourished and sick, but the police do not have every last bit of evidence that the birth mother and birth father are dead, abusive, or have deserted the child, is that enough evidence to call this adoption illegal at best or child “trafficking” at worst?

AIDS is a very real crisis. Let’s focus on real problems and real solutions instead of detracting from them by labeling adoptions, even flawed adoptions, as trafficking. Yes, the law needs to be followed. If the paperwork is not in order, that is poor paperwork– not trafficking. Let’s start using the right terms so that adoptions can be conducted legally, children can find homes, orphans can be cared for, and the AIDs crisis can be successfully addressed.

For more information about the rate of HIV transmission among people, especially young women go to amfAR.org