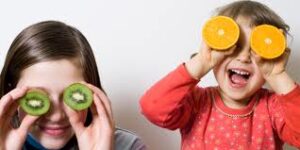 Your internationally adopted child can suffer malnutrition before and after birth. The risk factors that negatively impact the child’s growth and development include alcohol exposure, poor maternal diet, and lack of maternal health care. In most instances you will receive little or no prenatal or early life history on your child.   And you may know little as to what your child was fed in the orphanage. Fortunately, however, there has been a marked improvement in the overall care children receive once in orphanages and this includes better diets.

While in an orphanage, your child may have received enough calories to fill their tummy, yet they may not have received the protein and micronutrients needed for optimal development. Such a calorie sufficient diet often consists of gruels or porridges made up of rice or other grains lacking sufficient protein, vitamins and minerals.

The food received in the first year of your child’s life is very important as brain development is affected by the level of protein and micronutrient the child receives. So even if your child was chubby and content, they may still have been malnourished. Although getting enough nutrients is required for optimal growth, some are more important than others, with iron being one of the most important nutrients. If a child does not get enough, it can affect cognitive development.

Once home, your child will most likely play catch-up. However, even if your child does show a nice growth spurt and tests negative for iron-deficiency anemia, all may not be well. First, if your child tests negative for anemia, they can still be iron deficient. Next, if they have a growth spurt, this could further exacerbate iron deficiency because the iron stores are not sufficient for the child’s increased blood volume. So a child who appears to be growing quickly and gaining weight may actually be suffering from iron-deficiency anemia.

Therefore, your child should be assessed for nutrient deficiencies at least twice in the first year home.  Also, your child should be checked for  intestinal parasites such as giardia. Such an infection can decrease the absorption of iron and other nutrients. This means that even if your child is getting enough iron in the diet, she may still be deficient because she is not absorbing it.

If your child is very compliant, this could be a further indication of iron deficiency. Such a child may be labeled as “very easy,” which can be also mean that the child is not getting enough help and stimulation, which can further lead to developmental delays. An active child needing lots of attention usually means the child is stimulated and learning.

Even if your child seems to be progressing well and has a clean bill of health, you will still want to make sure they are getting enough iron and other nutrients.  Certainly, if your child is anemic you will need to increase your child’s iron intake, which can be a bit of a challenge.

Young  children receiving  formula should have only iron-fortified formula.  Most children adopted internationally are more than one-year-old, so you may want to put a young child on one of the iron-fortified milk formulas for older babies—even if your child is more than two-years-old. If your child is pre-school age, you may even want to warm up this formula put it in a bottle and engage in warm snuggly time.  Rocking is very important for soothing and possibly brain restructuring. Holding your child while giving them a bottle also means that there is lots of touch and eye contact, which helps your child attach to you.

For a  child old enough to be drinking regular milk, be careful not to give  too much—usually three glasses a day is sufficient.   Children can fill up on regular milk, which has no iron, and not eat enough of other foods that contain iron. Again, check with your child’s pediatrician, as your child may also need more calcium and the doctor may recommend more milk.

To increase the iron intake when feeding your child solid foods, give your child red meat, tuna and eggs, which are high in heme-iron—the kind of iron that is more readily absorbed.  Also, when giving your child any iron rich food, try to pair it up with fruits and vegetables high in vitamin C so your child can more easily absorb the iron. So, if your child is eating some hamburger also serve up a glass of orange juice with the burger.   Mix some broccoli in with the iron-fortified macaroni you serve at dinner.

Cooking in a cast iron pan (the old fashioned kind) means that some of the iron leaks into the food and is then absorbed by the body.

Try to introduce your child to leafy green vegetables. If your child cannot manage to chew these (after all how much spinach can anyone eat?), you may want to buy strained baby food spinach and incorporate this into other foods such as meat loaf, spaghetti sauce, or even into fruit drinks or purees.

Some parents also give their children over-the-counter supplements (such as Flintstone vitamins) containing iron. The iron in supplements is usually not well absorbed, so also continue to incorporate iron-rich foods in your child’s diet.

One of the side effects of iron supplements and an iron-rich diet is constipation. The first course of action should not be to reduce your child’s iron intake; instead deal with the constipation. Your child’s constipation may subside over time but you may also want to increase their fiber intake or talk with the pediatrician as the doctor may recommend a gentle laxative.

Also, to learn more about anemia and getting iron in your child’s diet, see kidshealth.org or whattoexpect.com.

You could also listen to a recorded webinar at Adoption Learning Partners called “Food for Thought.”