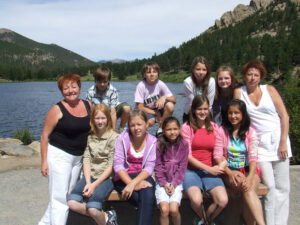 As you probably already know, Nightlight Christian Adoptions has been bringing tour groups from orphanages in Russia nearly every summer since 1995.

These Summer Tour trips have been a special opportunity for kids to experience life in a U.S. family, perform traditional songs/dances in dozens of churches and venues and experience some of the most exciting activities Southern California has to offer.

Local orphan ministry group Every Child Has a Name partnered with Nightlight in making this Tour visit an overwhelming success.

In 2011, we have some good news and some bad news regarding the Colorado Summer Tour. The bad news is that, due to circumstances outside our control, we will not be able to bring a group from Russia this year.

The good news, however, is that we will be bringing a Tour group to Colorado for a second consecutive year. So that brings us to an obvious question: where is this year’s group coming from?

While we put the finishing touches on the 2011 Nightlight/Every Child Has a A Name Colorado Summer Tour, we’ll let you take a few guesses at what country this year’s group will be coming from. Comment below with your guesses and we’ll make the final announcement very soon.