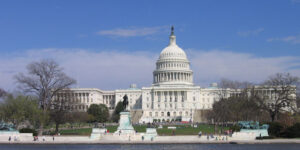 Washington, DC – National Council For Adoption (NCFA) is pleased to announce the passage of S. 1376, the International Adoption Simplification Act, an important step forward for orphans awaiting adoption and their families.  On November 15th, 2010, Congress joined together across party lines to pass S.1376, which will allow parents to internationally adopt older children (ages 16 and 17) when adopting a younger sibling. Additionally, S. 1376 will remedy the requirement for needless and potentially dangerous vaccinations for internationally adopted children adopted under the age of ten.

The International Adoption Simplification Act, sponsored by Senator Amy Klobuchar (D-MN)  and moved forward in the House by Representatives Zoe Lofgren and Lamar Smith, addresses a technical oversight that arose during the U.S.’ implementation of the Hague Convention on Intercountry Adoption.  This oversight prevented adoptions from Hague countries of older kids (ages 16 and 17) whose siblings had already been adopted.  S. 1376 remedies the problem by allowing parents to adopt older children when adopting a younger sibling, if the older children are under the age of 18.

Upon hearing of the news of the bill’s passage, Chuck Johnson, NCFA President and CEO and Families for Orphans Coalition member, said, “The passing of this legislation during National Adoption Month is very apropos and demonstrates what adoption advocates and Congress can do on behalf of adoption, children, and families when we work together.  There are many children and families now celebrating the life-changing results this legislation will offer them.”   One beneficiary of this legislation is Pedro (age 17) in Colombia. Pedro can finally be reunited with his two brothers in Liberty, Texas and he will finally have the family he has so desperately wanted.  Scott Placek, adoptive father of Pedro’s brothers, followed the proceeding on television, hoping for good news.  “This has been a long journey for our family, and I am so grateful…. We look forward to the day we can have Pedro here with us. He is a wonderful boy who wants nothing more than to join his brothers and our family in the United States”.

“We feel so fortunate that the House Leadership felt this bill was important enough to make it through the Lame Duck session”, said Terry Baugh, President of Kidsave and also a member of the Families for Orphans Coalition.  In addition, McLane Layton, President of Equality for Adopted Children (EACH), said, “All of us on the Coalition reiterate our thanks to Congress for making children a priority today.”