[The following post is by Laura Godwin, director of Carolina Hope Christian Adoption. This article is adapted from The Complete Adoption Book, co-authored by Laura and her husband, adoption attorney Ray Godwin.] 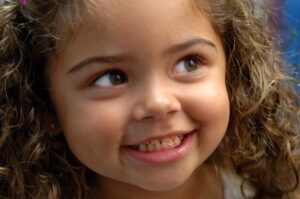 So when we require families to be open to openness, we mean that the adoptive parents should be willing to meet with the birth mother before the baby is born, be with her at the hospital, and provide her with pictures and letters after the child is placed with them.

Thoughts of meeting a birth mother while she is pregnant (and perhaps the birth father, too) can, understandably, cause great anxiety. Everyone is nervous about meeting; it is only normal.

Some parents have been so frightened by the prospect of meeting a birth mother – and by the prospect of her possible involvement in the child’s life – that they choose to adopt internationally. We certainly encourage adopting internationally. (In fact, our agency has strong international adoption programs.) However, before a family embarks on any adoption, they need to assess their attitudes about their child’s birth family – even if their child’s birth parents can never be found. Each child will need to know where she came from and that someone released her for adoption. Even without names or faces, the birth parents are real people who gave life to a child.

When a family examines their attitude about their child’s birth parents, they are also preparing themselves for how they will tell their child about his adoption. A child is going to ask what his birth mother and birth father look like. A child, most likely will ask why his birth mother chose adoption.

Few birth parents in an infant domestic adoptions pose any real threat – psychological or otherwise – to the adoptive parents or child. However, that does not mean that every situation is appropriate for having an open relationship. Not all birth families want to have an open adoption. Some birth parents want to “get on” with their lives and feel that their adoption plan is what is best for the child and do not want to stay in contact.

Others have such life-dominating problems that staying in contact is nearly impossible. Or a young birth mother, especially a teenager, may be very dependent and may have unrealistic expectations about her role in the adoptive family, expecting in some way to become a part of the family – to be “adopted” herself. These false expectations may occur among girls who have families with profound problems and who view the adoptive couple as the perfect family.

No relationship is perfect, so it is not expected that all adoptive parents and birth families are going to have great relationships. Given the emotional factors associated with adoption in particular – and relationships in general – there may be stress in some open adoption relationships. However, for the benefit of your child, we strongly encourage every adoptive family to at least look at some ways that openness can be maintained – even if at a minimal level or by staying in touch with a trusted family member of the birth family.

Openness can be  a positive experience for the adoptive and the birth families. However, the person who benefits most – and the one who has the least say about whether an adoption will be open – is the adopted child. And that is why we want families to be open to openness – for the sake of the child who is being adopted.