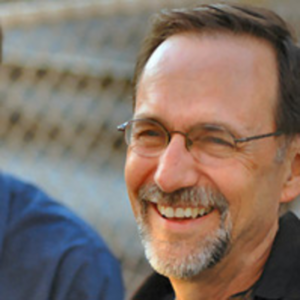 Most people who have heard of Mark Altrogge are familiar with him because of the numerous cross-centered worship songs he has written, many of which have been recorded and published by Sovereign Grace Ministries, including “Only in the Cross” and “At the Cross.” Perhaps his most well-known songs are “I Stand in Awe” and “Forever Grateful.”

What many do not know is that Mark is Senior Pastor of Sovereign Grace Church (Indiana, PA) and an adoptive parent. He and his wife Kristi have five children. The youngest two joined their family through adoption. What you might find interesting about Mark’s adoption story is that they adopted both an infant (who is now 16) transracially and a teenager. Not only are there challenges unique to transracial adoption, there are also challenges unique to adopting older children. Mark shares some of those challenges along with how he has found great strength from the truth of the gospel as he’s faced them. I think you will find his answers very helpful and encouraging.

(1) Mark, tell us a little about your family.

My wife Kristi and I have been married for 27 years. We have 5 children ranging in age from 25 – 16. Stephen our oldest, and his wife Jen just had our first grandchild, Charis in October. Our 2 youngest boys are adopted. Jonny, our 16-year old came to us when he was 3 days old. We adopted RJ, who is almost 18, when he was 15.

(2) What initially motivated you to adopt?

We believed that if we were to stand for life that we should be willing to help someone who wanted to have a baby rather than an abortion. We wanted to help a woman in need. Also, at the time, we were told that most people adopted white children, and that black and bi-racial children were more difficult to place. So we desired to adopt a black or bi-racial child.

(3) What kind of responses have you received from extended family and friends about your decision to adopt?

Church members and friends were enthusiastic and encouraging from the beginning. One black family expressed some concerns about our ability to expose a bi-racial child to black culture. At first, some of our extended family had minor concerns about us adopting a bi-racial child (Jonny), since the rest of our family is white. But as soon as we brought Jonny home, our extended family fell in love with him and they’ve had no concerns since then.

(4) How do you think the gospel should influence the decision to pursue adoption?

Through the life, death and resurrection of Jesus, God brought us into his family as his own adopted children. This doesn’t necessarily mean that every family should adopt, but God’s mercy toward us should certainly compel us to show mercy to others, and adoption is a beautiful way to do that. I would encourage every Christian family to at least consider adoption. James 1:27 says: “Religion that is pure and undefiled before God, the Father, is this: to visit orphans and widows in their affliction, and to keep oneself unstained from the world.” So God certainly has a heart for the orphan and widow.

(5) How is the gospel shaping your relationship with your adopted child (or children)?

The gospel shapes my relationship to all my children in many ways. One significant way is that I always try to convey to them that I am a sinner who needs a Savior – in that respect I’m no different from them. Another way the gospel shapes my relationship with them is that my commitment to love them is not based on anything in them, just as God’s choice to save us was not based in any worth or merit of ours. I seek God’s grace to love them I’ve told them that I will never stop loving them, just as God will never reject his adopted children.

(6) How have you sought to help your adopted child understand the gospel better through his/her adoption?

(7) Did you or do you have any fears related to your adopted child’s future as a member of your family? If so, what were/are they and how have you sought to apply the gospel to those fears?

We’ve had some real challenges with the boy we adopted at age 15, because of his age and non-Christian background. At times I have battled fears about his future relationships with our family, and concerns about his salvation. I have continually had to rely on God’s promises to help parents and bless their children, to give grace in time of need, to give wisdom and guidance.

God has used these challenges to reveal sin in my own heart – anger, selfishness, unbelief, impatience, laziness and more. I have had to repent many times and examine my heart’s cravings and seek the Lord for fresh grace. In all our challenges, God has been exceedingly good and faithful.

One example of how the gospel helped me was after an episode of dealing with disrespect. Even though we’d dealt with the disrespect, I was still churning inwardly. In seeking the Lord, he showed me that I was craving respect. Then he said to me (obviously not audibly), “Mark, you don’t deserve anyone’s respect, for you crucified my Son with your sins. But your son must respect you since you are my delegate in his life.” So I was able to express to my son that I don’t deserve his or anyone’s respect since I’m a sinner, and my sins put Jesus on the cross, but that he must honor the Lord by honoring me.