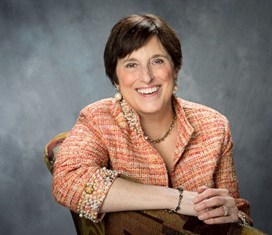 This is the third in our series of interviews about adoption. The purpose of these interviews is to address adoption-related issues from a theological perspective. We are interviewing theologians, authors, adoptive parents, and a few adult adoptees about a number of adoption issues. Carolina Hope is committed to helping Christians in general and both prospective and adoptive families in particular think theologically about all things adoption. We believe that this interview series will help us accomplish this.

Sherrie Eldridge is both an author and adult adoptee. She has written three books: Twenty Things Adopted Kids Wish Their Adoptive Parents Knew, Twenty Life-Transforming Choices Adoptees Need to Make, and, most recently, Forever Fingerprints. Sherrie is passionate about adoption education and is Founder and President of Jewel Among Jewels Adoption Network, Inc., a non-profit adoption educational organization. She offers many online resources for adoptive families.

1. Sherrie, our readers would be interested to know that you are an adult adoptee. Tell us a little about your experience as an adopted child.

I was carried into my parent’s home in the arms of my Grandma Cook, who was the case worker on my case. Obviously, a woman ahead of her time! My Grandma also ran the “County Home,” or orphanage, which is where I spent lots of time playing with the kids. My parents told me at a young age that I was adopted and I parroted that story with a big smile for years. “Out of all the babies in the whole world, we chose you.” I imagined them going to a huge place where there were row upon rows of babies. When they found me, they said, “Isn’t she beautiful? Let’s take her home and make her our own!” My dad told me my adoption story with delight until his dying day, at age 83. “You were so little; I could hold you in the palms of my hands.” He loved telling it and I loved hearing it. Adoption was not a big deal to me in the growing up years. If you would have asked me about it, I would have wondered why you were asking. It wasn’t until I was married and Bob and I were expecting our first child that thoughts of my birth mother began to surface. Did she realize the miracle that was happening inside of her, like I was experiencing?

2. There are quite a few people who do not believe in adoption because they have witnessed adopted children struggle profoundly with identity related issues. Many of them are passionately opposed to it. How would you address their concerns as an adult adoptee?

I would challenge those who oppose adoption to look at their motivations. I believe people are called to parent through adoption and if they have these kinds of concerns, maybe they’re not being called by God.

As adopted people, we do have dual identities which need to be integrated, but what beauty comes when a child is taught to do this. I struggled with identity issues for years until I learned what God thought of me—that I am His jewel among jewels (Ezekiel 16: 4-7 LB). We can learn all the psychobabble we want about adoption dynamics, but there is never any peace or healing until there is a spiritual foundation of God’s Word and a personal relationship with Jesus. The world tells us that adoption wounds are irreparable. Don’t believe it for a moment! God can and does redeem pain and loss, if we are only willing.

I know of a father who adopted a crippled teen from another country. She was in a group of adolescent girls at a heritage camp where I was to talk about identity. We made friendship bracelets of three colors, representing the triad (birth parents, adoptive parents, and adoptees). We learned how we have to weave together each part of our identities, whether painful or pleasurable, to learn who we really are. At the end of the session, her dad was carrying her on his back and she reached out and gave me her bracelet. He began weeping. When I asked why, he said that this was yet another evidence that she was learning to give and receive love. This dad reminds me a lot of Jesus, who came to the lost, the least, and the littlest.

3. Why did you choose to write books on adoption and found an adoption educational organization?

I returned to college to finish my undergrad degree in midlife and was also being reunited with my birth mother. In creative writing, I wrote about the experience—70 pages long! I sent it to a dear author friend, Carol Kent, and she told me it was book material and to contact her editor, Traci Mullins. Traci wrote that the story was so compelling that she couldn’t put it down, but that I had much healing to do before I was ready to share my story with the world. I entered weekly counseling and began wrapping words around the elusive feelings I had all my life about adoption. About that time, I met my first fellow adoptee friend, Jody Moreen, and we discovered what a unique bond we had, first as Christians, and second as fellow adoptees. We wanted all adoptees to experience what we had. We began writing a newsletter, targeting the needs of adoptees, from a biblical perspective, believing there was an unmet need. Within one year, readership soared by 500%. (Those archives are on my site at www.sherrieeldridge.com). I wrote a simple article called “Twenty Things Adopted Kids Wish Their Adoptive Parents Knew.” It was based on what I had discovered during counseling. A flood of letters came, requesting permission to reprint. Aha, maybe it was time to write my book! I contacted Traci, who then became my agent/editor and within two weeks, she had an open door at Random House. It is still selling consistently, as it is required reading for many adoption agencies and is now available in Target.

4. How do you think God’s story of adoption ( i.e. God adopting us as His children) should influence the decision to pursue adopting children?

There are many Christians who misinterpret the Scriptures about caring for orphans and widows. The verse doesn’t say to marry off the widows and adopt the orphans. It says to care for them. This can come in the form of financial aid, mission trips, etc. I’m not saying we shouldn’t adopt, but I am saying that one must be sure that he/she is being CALLED to be a parent. We adoptees don’t like to be a ministry. We just want to be your kids.

5. How has God’s story of adoption shaped your relationship with your adoptive parents?

This is difficult to answer because neither of my parents weren’t receptive to the gospel, even though my husband, children, and I shared it with them many times. I do rest in the fact that every day of my life was planned by God before any one of them ever came to be (Psalm 139). As an adopted person, this means that God chose both my birth and adoptive parents to make me into the person he wanted me to be. So, I guess my knowledge of spiritual adoption prompted me to share often with my parents, and now, I must leave them in God’s hands, knowing that His ways are higher than mine.

6. What do you cherish most about the doctrine of adoption?

That it is forever. If you read about Moses, the adoptee who lived in biblical times, God had to remind him a gazillion times that He was with him and would never leave him. And of course, God proved faithful, even burying his body after death. The granddaddy fear of adoptees is that we’ll be orphans again. All alone. Not in God’s family! Forever secure and safe in His arms.

I would encourage them to pray and make sure God is calling them to parent through adoption. Look at the realities and don’t buy the romanticized view that all these kids need is love. You’ll be sorely disappointed. If God is calling you, He certainly has the capacity to assure you that you are to go forward. That would be no big deal to him. Read, educate yourself, pray, talk to others!

8. Many couples wonder whether they would love an adopted child as much as a biological child. How would you address this concern?

9. How would you counsel a couple who is considering whether or not adoption is for them? What are some key issues they need to consider during the decision making process?

Key issues would be:

* Are you emotionally and spiritually healthy?
* Have you grieved past hurts and losses? (infertility, death of child, etc)
* Do you understand the trauma an adopted child experiences on adoption day and are you willing to help him learn to grieve the losses involved? (Suggestion: Twenty Things Adopted Kids Wish Their Adoptive Parents Knew)
* Have you educated yourself about the realities of adoption?
* Have you examined how you were parented, identified the good and the bad, so you can be free of destructive generational patterns? (Suggestion: Parenting Ourselves, Parenting our Children, by Connie Dawson).
* Is your marriage healthy? (Suggestion: How We Love (book and workbook), by Milan and Kay Yerkovich)

Thank you for taking the time to participate in this interview series!

Thank you for the privilege of sharing! Please visit my new website for lots of adoption resources. www.sherrieeldridge.com.

Find out about reading my new children’s book, Forever Fingerprints…An Amazing Discovery for Adopted Children, with others across the nation in celebration of National Adoption Awareness Month in November. Visit www.EMKPress.com for details.