I’m very pleased to announce that this is the first in a series of interviews about adoption. The purpose of these interviews is to address adoption-related issues from a theological, gospel-centered perspective. We will be interviewing theologians, authors, adoptive parents, and a few adult adoptees about a number of adoption issues. Carolina Hope is committed to helping Christians in general and both prospective and adoptive families in particular think theologically about all things adoption. We believe that this interview series will help us accomplish this. 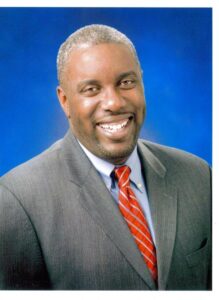 Our first interview is with Thabiti Anyabwile, pastor of First Baptist Church of Grand Cayman. *Pastor Thabiti is a native of Lexington, North Carolina (U.S.). He is the happy husband of Kristie and the adoring father of two daughters, Afiya and Eden, and son, Titus. He began serving as elder/senior pastor in August 2006. He served previously as an elder/assistant pastor at Capitol Hill Baptist Church (Washington, DC) and as an elder at Church on the Rock (Raleigh, NC). Thabiti holds B.S. and M.S. degrees in psychology from North Carolina State University. A former high school basketball coach and bookstore owner, he enjoys preaching, reading, sports, and watching sci-fi films. He also blogs at Pure Church.

1. Tell us a little about First Baptist Church of Grand Cayman.

This year FBC is celebrating its 30th anniversary. The church began in 1977 with 21 people from one of the ‘sister islands’ (Cayman Brac) meeting in a local living room. Today, there are people from about 25 nations who call FBC their spiritual home. It’s easily the most ethnically diverse church I’ve ever served. The people here love the Lord, His gospel, and His people. It’s a great joy to serve them.

2. As a pastor, what’s your primary burden for your people?

To see us all grow in holiness, to be shaped more and more in the image of Christ and therefore fit for heaven. We live on what most people consider an “island paradise.” Not surprisingly, then, the levels of worldly hedonism and materialism are quite high. But that’s really a tremendous gospel opportunity if the Lord grows us in Christ-likeness, disdain for this world, and commitment to living and sharing the gospel. If we can have more of heaven in us, even before we’re in heaven, the contrast between life in the kingdom and life in the world will be stark. I long to see us yearn for Christ and His kingdom.

3. You recently wrote an excellent and thought-provoking article entitled “Many Ethnicities, One Race.” Why did you write it?

It was a privilege to be asked to contribute to the 9Marks eJournal issue on ethnicity and the church. Generally, I don’t like talking or writing a great deal about ethnicity and race; there are too many ways in which those conversations are unhelpful and unedifying. Nevertheless, the Lord has given us sufficient guidance for these issues in His word and I’m convinced we’ve not mined the Scripture enough. And that’s really problematic given how glaring a problem the racial history of the U.S. has been—the church not excepted. So, at the invitation of the brothers at 9Marks I tried to offer what I hope is a useful, biblical framework for thinking through these issues.

Well, I think it depends on the nature of the discomfort or opposition. If the discomfort or opposition is grounded in some assumption that “races” are unequal or that “races” should remain segregated in family and social relationships, I think the Bible rebukes and corrects that kind of thinking in several ways. First, it’s clear that there is only one “race” of man, all descended from our original parents Adam and Eve (Gen. 2; Acts 17:26). There is no biblical basis for discomfort or opposition based on racial attitudes. Second, the alienation that sometimes stirs opposition to transracial adoption is really a spiritual problem. It’s a product of the Fall of man into sin. The cure for that problem is saving faith in Jesus Christ, wherein man is first reconciled to God and then reconciled to other men. So, for Christians in particular, those who are adopted into the family of God through faith in Christ, opposition to transracial adoption is tantamount to denying the work of Christ on the cross.

But there may also be discomfort or opposition not based on racial attitudes but some prudential concerns. Some may wonder if they are sufficiently equipped to parent across culture and ethnicity. Others may worry about the tension or conflict they may experience. There we have to remember that we are not called to love only in the convenient places and situations. We’re called to a radical love, one that mirrors the love of God for broken sinners. And the end of such love is unspeakable joy. For the joy set before Him, Jesus Christ endured the inconvenient and uncomfortable agony of the cross to redeem a people who were hostile toward Him. Adoption across ethnic lines may be one of the best pictures of that radical Christ-like love we have available to us today. So, “prudential” concerns that awaken discomfort aren’t finally sufficient reason to refuse or oppose such adoptions.

5. More and more couples are considering adopting transracially. How would you counsel a couple that desires to adopt a child from another race (i.e. ethnicity)? How would you seek to educate them theologically? How should the gospel help shape their view of transracial adoption?

The first thing I would want to do is simply commend and encourage them. I’d want to commend this act of selflessness and love. And I’d want to encourage them to remember that God’s grace is sufficient for their every need. That’s true of parenting in general, and it’s true of the specific case of transracial adoption and parenting. So, first, be encouraged.

Second, I’d want to encourage them to jettison the idea of “race” as it has historically been defined. Drop it like the bad habit it is. Learn to read the Scripture for its accent on our common humanity. Hayes’ Biblical Theology of Race is very valuable in this regard. Think of the children, indeed all people, as essentially “same” rather than “other.”

But third, having acknowledged our common humanity, think and teach your children to think in terms of “the nations.” In other words, there’s a tremendous opportunity in multi-ethnic families to cultivate a deeper concern for missions and getting the gospel to all nations. Try to prevent conversations and cross-cultural education from terminating on man or your family; try to think of those conversations as opportunities for thinking great thoughts about God who wants to be known among all people. The Lord has purposed that His glory will be shown in the bowing of the nations to His name. Our reflection on ethnicity and culture is incomplete if it doesn’t have that goal in mind.

6. Many who will read this interview have already adopted transracially. They are often concerned that their transracially adopted children will struggle with a sense of identity since they do not have same-race parents or do not live in an ethnically diverse area. Would you address their concern?

Again, I’d want to remind them that the Lord’s grace is sufficient for their parenting and this concern. Lean into that grace; commit this issue to the Lord in prayer. He’ll direct your steps and give you wisdom in this area.

Second, it’s important to think of parenting as essentially an exercise in identity formation (spiritually first, and ethnically in light of those spiritual realities). So, give considerable time to helping your child think of her or himself as one made in the image of God. The dignity of their lives is derived primarily from this aspect of their identity. Whatever struggles they encounter in terms of social and ethnic identity, they should resolve them in light of this fundamental truth. Also, parents want to help their children ground their identity in Christ if the child is/becomes a Christian. They are being renewed in the knowledge of God, righteousness and holiness through their union with Christ. This is the most profound aspect of who they are and understanding this is critical for putting identity conflicts in their proper perspective. Having laid that theological basis then it’s time to think critically about ethnic culture, experiences, and ideas.

The mistake many will make—partly out of an overdeveloped sense of guilt, and partly out of a desire to help their children—is to rush to ethnic and cultural considerations. Based on my own experience running rites of passage programs aimed at fostering cultural identity and values, most children are really ill-equipped for this kind of exploration because they haven’t settled larger, more fundamental questions about existence, faith, and purpose. Parents want to lay that foundation first. Children will be healthier in the long run even if the struggle feels acute at some points. But for help with ethnic identity issues, don’t be afraid to enlist the help of others. Build cross-cultural friendships. Include cross-cultural experiences in the family’s entertainment options (books, movies, concerts, etc.). This may take some investment, but it’s not only good for the child but the parents as well.

Thank you, Thabiti, for your kindness in taking the time to answer these questions. I know that, by God’s grace, your answers will serve adoptive families well.

Please e-mail me at Carolina Hope if you have any questions about our adoption programs (danc[at]CarolinaHopeAdoption[dot]org).  Information about our programs is also provided at our agency’s home page.