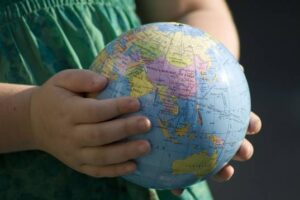 This morning, Bjorn Lomborg, author of Cool It: The Skeptical Environmentalist’s Guide to Global Warming was interviewed on NPR’s Morning Edition. Mr. Lomborg believes that global warming is a reality, and he believes that human activity is contributing to the problem. However, he rejects solutions like the Kyoto Protocol, because he believes these types of initiatives take the focus off more immediate global problems (AIDS, access to clean water) — problems that we can attack more efficiently and with benefit to far more people. (Hang on and keep reading. I’ll get to the adoption connection soon!)

Lomborg believes that the global community should encourage economic growth, and that we should seize on that growth to further develop technologies that would (eventually) put us in a position to produce energy with minimal carbon emissions. If I understand Lomborg’s position correctly, he thinks that something like the Kyoto Protocol would stifle economic growth, because we don’t have the technologies yet to switch to alternative energy sources. And if we stifle economic growth, we will also hamper the development of more efficient technologies and more green-friendly energy production methods.

What the interview did for me was to clarify the thinking of the anti-intercountry adoption community. The kinds of people who shape international treaties often have unrealistic expectations about the impact of implementing the treaties. Putting international caps on carbon emissions would lower the output of wealthy countries, and those countries would have less money to invest in research for environmentally-friendly technologies. So the idealist policy is self-defeating. A measure intended to incentivize progress actually holds progress back.

The same sorts of people (I’ll suggest) often shape adoption policy at organizations like UNICEF. They have a good goal (child welfare) and they recognize legitimate harms (high rates of child relinquishment and abandonment). But they then propose measures that are ill-suited to accomplish their goals. The thinking is this: take away international adoption (or make it hard), and we can eliminate a major incentive for birthparents to abandon or relinquish their children. The intended result is more stability for children and more families that remain intact. But what is the actual result?

Think of Romania after the ban on intercountry adoption. Abandonments continue at a high rate. Think of Cambodia, where poor families still regularly abandon or relinquish their children to orphanages, without the supposed incentive of a kick-back from international adoption. (There are still intercountry adoptions out of Cambodia. But the current international adoptions from Cambodia certainly cannot account for the vast majority of relinquishments and abandonments that have occurred over the last 5 years.)

But now think of counter-examples. In China, international adoptions have actually helped the social infrastructure by providing much-needed funds to orphanages. As a result, children who were never adopted nevertheless received much better care at their orphanages than they would have otherwise. And in spite of the supposed financial incentive to keep international adoption rates from China high, we actually see a decrease in abandonments and an increase in domestic adoption rates — leading to a decrease in international adoptions originating in China. I think Korea is another good counter-example, where the practice of inter-country adoption has worked alongside domestic solutions.

The parallels between global climate policy and global children’s policy certainly break down at many points. And whether you agree or disagree with Lonborg’s points about global warming, I hope you’ll see the parallel — and the misguided idealism that motivates bad international policy. (Please don’t try to make comments about climate change here. You can discuss that somewhere else!)