Employers step up with benefits as adoption becomes more difficult 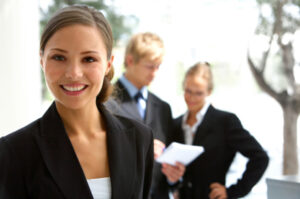 Adopting a child from overseas has never been easy. But new restrictions on overseas adoptions have made the process much tougher, causing added stress and job disruptions for would-be parents.

The changes are demanding more patience on the part of adoptive parents, better planning and communication at work with bosses and coworkers, and more flexibility on the part of employers. Fortunately for some, the shift coincides with a sharp increase in adoption benefits by some employers, including paid leave and reimbursement for costs.

Flexibility at work has always been essential for adoptive parents. In anticipation of a Chinese adoption in 2004, Jean Walker, a marketing manager, shifted to a new job with her employer, Verizon Communications in New York, that required less travel. She laid plans with her boss for a substitute to cover her three-month adoption leave.

Then, she waited — for the call that a child was ready for her in a Chinese orphanage. It came within weeks, triggering a new flurry of paperwork, planning and leave-taking, Walker says. That adoption took about a year.

More hurdles
But now, many of the most popular countries for U.S. adoptions, such as China, Russia, Ukraine and South Korea, are tightening restrictions or extending the waiting or processing periods.

Now in the process of adopting a second child from China, Walker expects to wait up to 2 1/2 years this time. She plans to help train a replacement for her leave, she says. But “we don’t have any idea who that person might be,” because no one knows when the call will come. “It’s hard emotionally; you have no control over it.”

Process can be painful
More adoptive parents are reaching out for advice and help. ComPsych, a provider of employee assistance services in Chicago, posted a 10% first-quarter increase from year-earlier levels in employee calls for help with the legal, financial and emotional challenges of adoption. Ceridian, a human resources services provider in Minneapolis, saw a tripling of adoption-related calls during the first six months of 2007, compared with a year earlier, says Jennifer Piliero, a Ceridian product manager. Ceridian often recommends adoption support groups and Web sites, such as ChinaAdoptTalk.com.

Money and time off
Fortunately, competition for skilled workers has led more employers to embrace adoption benefits. About 20% of companies offer adoption benefits, up from 16% in 2003, says a 2007 survey of 590 human resource managers by the Society for Human Resource Management. Many reimburse employees for adoption costs, which can run $20,000 to $35,000. Verizon provides up to $10,000.

Jay Seedall, a team leader for Eli Lilly in Indianapolis, says the company’s $10,000 adoption reimbursement was a significant help to him and his wife, Becky, last January in realizing their dream of adopting an infant.

Parents should ask for flexibility at work after an adoption, too; the arrival of a child means they’re “instantaneously thrown into a new life,” says Rich Chaifetz, CEO of Com-Psych.