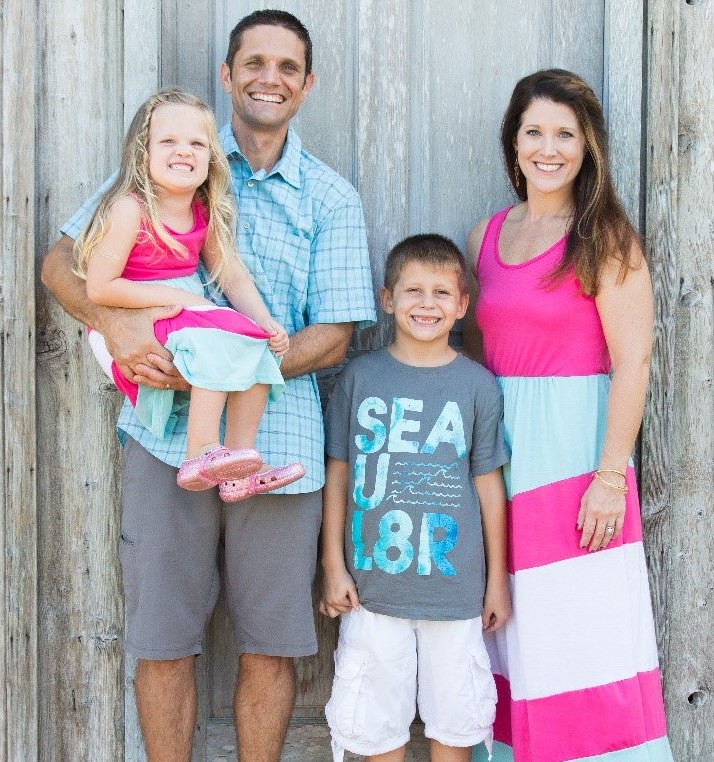 Robert and Sarah’s infertility story, unfortunately, started very early in their marriage. After getting married in the couple started dreaming about the next step: having kids. They imagined they would begin their family right away, but unfortunately, about a year into their marriage, they were diagnosed infertile. “While some people have struggles with infertility, we were purely infertile,” Sarah said. “It was a shock and we had to first absorb the fact that we couldn’t have kids from our own genetics. It’s a grief factor of its own.”

Realizing that children wouldn’t come the conventional way, the couple turned to adoption and were exploring their options when a friend of a friend heard a radio announcement about Snowflakes Embryo Adoption. “She told my friend and my friend told me,” Sarah recalls. “Crazy enough, she was in Minnesota and we’re in Florida so it was quite a distance the news had to travel.”

But from the moment Robert and Sarah first heard about Snowflakes they knew it was exactly what they were looking for. Sarah was healthy enough and their doctor confirmed she would likely able to carry a child. To Sarah, that was the best part – possibly being able to carry a pregnancy. Also, Sarah was excited at the prospect of beginning to nurture the child both physically and emotionally in utero.

In 2005 the couple applied to adopt through the Snowflakes Program, completed a home study, set their criteria for a match and submitted their family profile. All with the hopes that they would find just the right match for them.

The couple’s first few attempts to achieve pregnancy, sadly, were not successful. But when Vance was born they were overjoyed. “He was worth the wait! A wait that at times felt foreboding and almost unbearable but nevertheless worth it,” says Sarah.

When they were considering adding to their family again, but with no remaining embryos from their previous adoption, they considered a traditional adoption and being matched with a birth mom. But, the possibility of being able to carry a pregnancy again helped them decide once more embryo adoption was right for them. They turned to Snowflakes once again and were matched with another placing family.

Hannah was born as a result of that placement. Now they have decided their family is complete. They are forever grateful for the opportunity to bring life into this world in such a unique way through Snowflakes.

There is life after embryo adoption too, such as Vance, at age 7, understanding his adoption story as best he can at his age. The family has chosen to communicate with their placing families through the Snowflakes team.  Sarah says, “I still love sharing pics of the kids with Snowflakes to be passed along and observe things, especially in my daughter, that makes me think I’d really like her placing parents.”