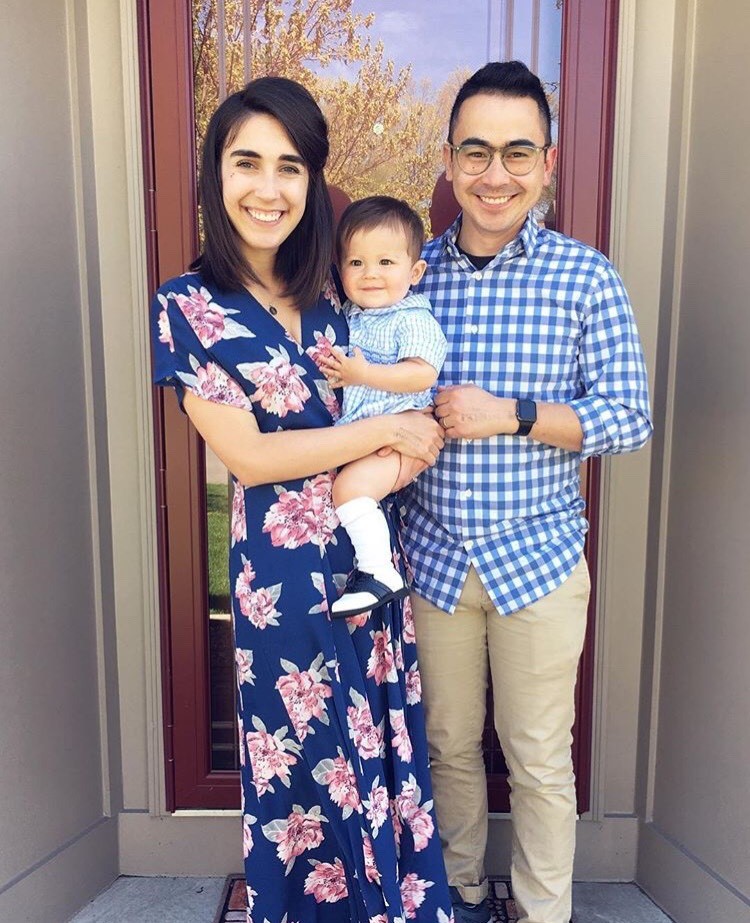 Infertility was not on either of our radars when in the fall of 2016 we received confirmation: I have a low sperm count. We were stunned by the number–6 sperm, so specific! –and dismayed when months of treatment didn’t do much. (For those keeping score at home, we jumped from 6 sperm to 7. Wahoo.)

The worst of it was the feeling of isolation. Around us, our friends seemed to get pregnant with ease and pop out babies, and while some were more comforting to us than others, we felt like pariahs. For Chris, there was the sense that this somehow made him less of a man, less worthy of being a dad or around fathers. For Kari, having a baby was all she had really wanted in life. The thought of never having a child was the death of a dream.

We cried at dinner parties. We declined baby shower invitations. We became numb, the kind of numb that comes when you are terrified you may never again feel joy. The feeling of being completely alone was like suffocating under a great weight. We’ll never forget that feeling.

The stats, however, say we’re not alone. Far from it. One in 8 couples deal with infertility. That’s over ten percent of couples. For many, IUI or IVF is the answer. But for couples with severe male-factor infertility, like us, we aren’t considered good candidates for typical fertility treatments.

Doors kept shutting, one by one. Until, that is, we called Snowflakes Embryo Adoption after receiving a tip from Kari’s mom. They sounded kind over the phone. They gave us the first “yes” we’d heard in months. They sounded hopeful.

We talked with close friends and family about our decision, and in 2017, we completed the embryo adoption process and had our first frozen embryo transfer (FET). This resulted in a chemical pregnancy (or very early miscarriage) and once again, isolation reared its head. It told us we were dumb to hope. That we should give up. We didn’t know what to do.

But we tried again. And we’re happy to tell you that our second transfer has resulted in our son, 14 months old now, a wonderful child who is curious about rocks, likes to walk on his own, and keeps saying, “Dada!” even though we’re trying to teach him, “Mama!” We are grateful that the ups and downs of parenting are ours to have, despite the odds.

And the ups and downs can be YOURS, too. We know it might not feel like it. It might feel crazy, sad, weird, scary, frustrating. It might feel like another rabbit hole that goes nowhere. We’ve been there. And we know Snowflakes can offer hope.

We don’t feel alone anymore. Through infertility and embryo adoption, we’ve met so many amazing people — adoption workers, medical professionals, and couples just like you. We’re excited to raise our kids alongside other Snowflake babies, to raise awareness everywhere we go about embryo adoption, and to hear more stories of people conquering isolation with hope and community.