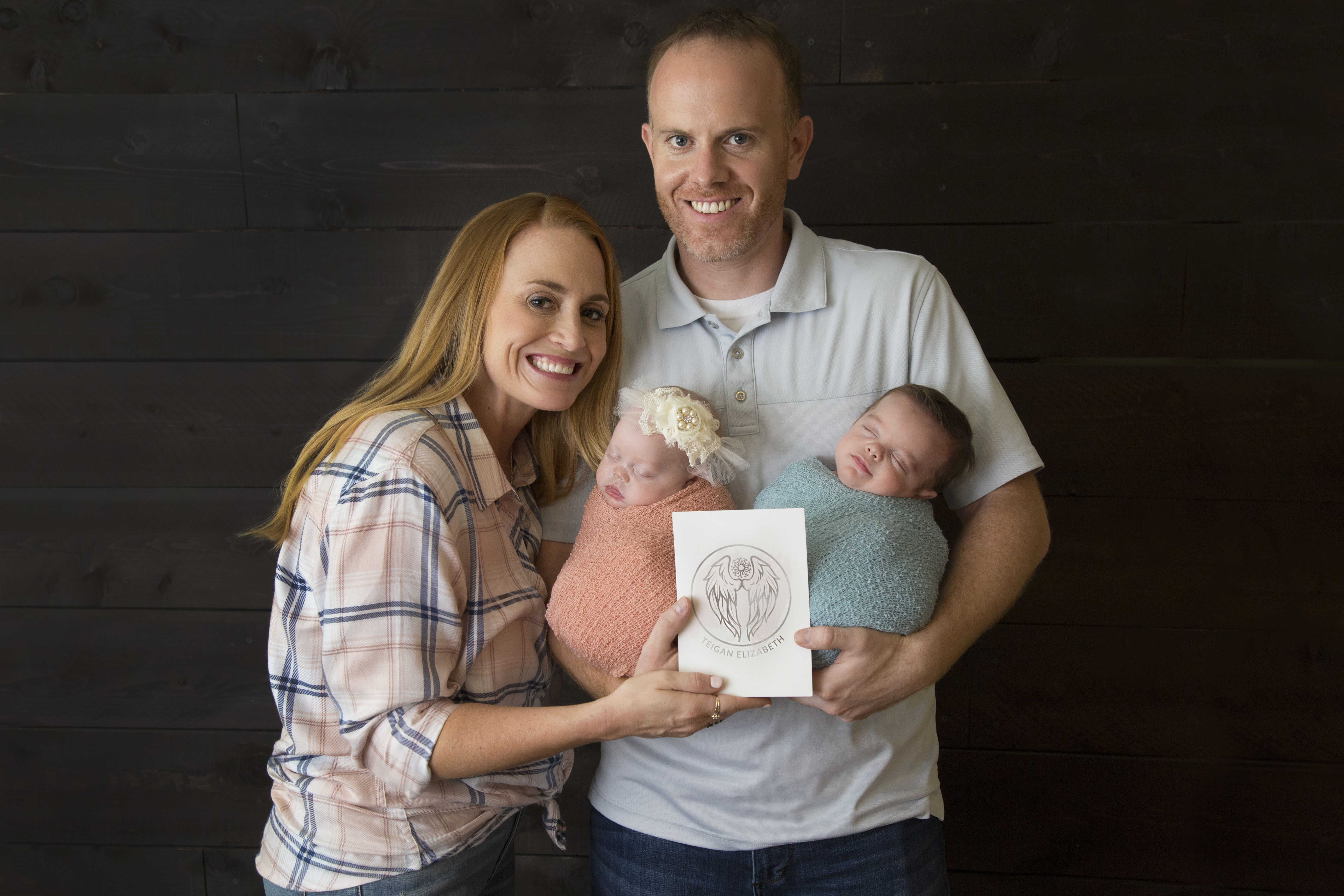 After getting married in June 2015, we believed, like most couples, that kids would naturally follow. We both had always dreamed of being parents, and the thought of infertility never crossed our minds. Our family even gave us baby items as wedding gifts! This is why we were so devastated when we received the news that Nick had male factor infertility and we would likely never be able conceive. We tried months of treatments, but to no avail. It became clear this was not God’s plan for us, and so we sought out alternative solutions.

When we attended our first information meeting at Nightlight Christian Adoptions, we believed we were there to begin the process of a domestic adoption. However, a new option was presented to us: embryo adoption. The idea was foreign to us, but also very intriguing. Tara yearned to carry her own child, and embryo adoption gave her that opportunity. When we went home that night, we asked for God’s guidance in making the best decision for our family that would also conform to His will. That Sunday we were sitting in church listening to a sermon when the pastor suddenly began to speak about adoption. It was almost as if he was speaking directly to us! We knew this was the sign we were looking for from God, and our minds were made up right there.

The matching process led us to a wonderful donor family with eight embryos. After Tara prepared for the transfer, we received news from our fertility doctor that all eight embryos had not survived the thaw. We were saddened and dismayed at our loss, but knew we had to persevere. Our second time through the matching phase resulted in a successful pairing with another amazing placing family. We accepted 11 embryos from them, and Tara began to again prepare for the transfer. This time, the first two embryos thawed proved to be viable! We implanted both, and nervously waited the two weeks to hear if we were pregnant.

When we walked into the fertility clinic and received the news that we were pregnant with twins, we experienced a joy like none other. We knew God had smiled upon us. Our happiness only increased when we discovered four weeks later during a sonogram with our new OB/GYN that our twins were in fact triplets! We knew that years of prayer had finally been answered, and we were prepared (or as prepared as you can be!) to tackle triplets head on.

During the 19th week of our pregnancy, our doctors informed us two of the babies were suffering from a condition known as twin-to-twin transfusion. In this situation, one twin is stealing blood and nutrients from the other, and it can be potentially life threatening for both children. The next day Tara underwent emergency surgery to correct the imbalance, which was successful.

During the 22nd week of pregnancy, Tara’s water unexpectedly broke. After rushing to the hospital, the doctor informed us that there was a 70% chance Tara would go into labor within the next few days, and if this happened, the pregnancy would be lost. It was the scariest news you can receive, but we trusted in God, and God again delivered. Tara would defy the odds and make it three weeks more before undergoing an emergency caesarian section to deliver two girls and a boy.

We were overjoyed to finally meet our three beautiful children, Judah DeVries, Macey Michelle, and Teigan Elizabeth. Each weighed under two pounds. However, tragedy would strike again, as our sweet baby girl Teigan passed away. There is nothing that can prepare a parent for the loss of a child, and we grieved our loss with our family. Although we would do anything to have her back, we were strengthened by our other two children. The three-month journey in the NICU was much like riding a roller coaster, with the highest of highs and lowest of lows, but ultimately resulted in us bringing home two healthy children.

Judah and Macey are now almost five months old and thriving. We could not be happier living each day with them and watching them grow and prosper. We know that we have Nightlight Christian Adoptions and embryo adoption to thank for making this possible. We will be forever in debt to all the wonderful people we have met and worked with along the way.

It is now our goal to spread the word about embryo adoption to as many people as possible. We believe that all life deserves a chance, and it is our hope that more people will hear our story and choose to pursue it as well. Although we have experienced grief, we praise God for Judah and Macey, and can’t wait to bring them another sister or brother some day!