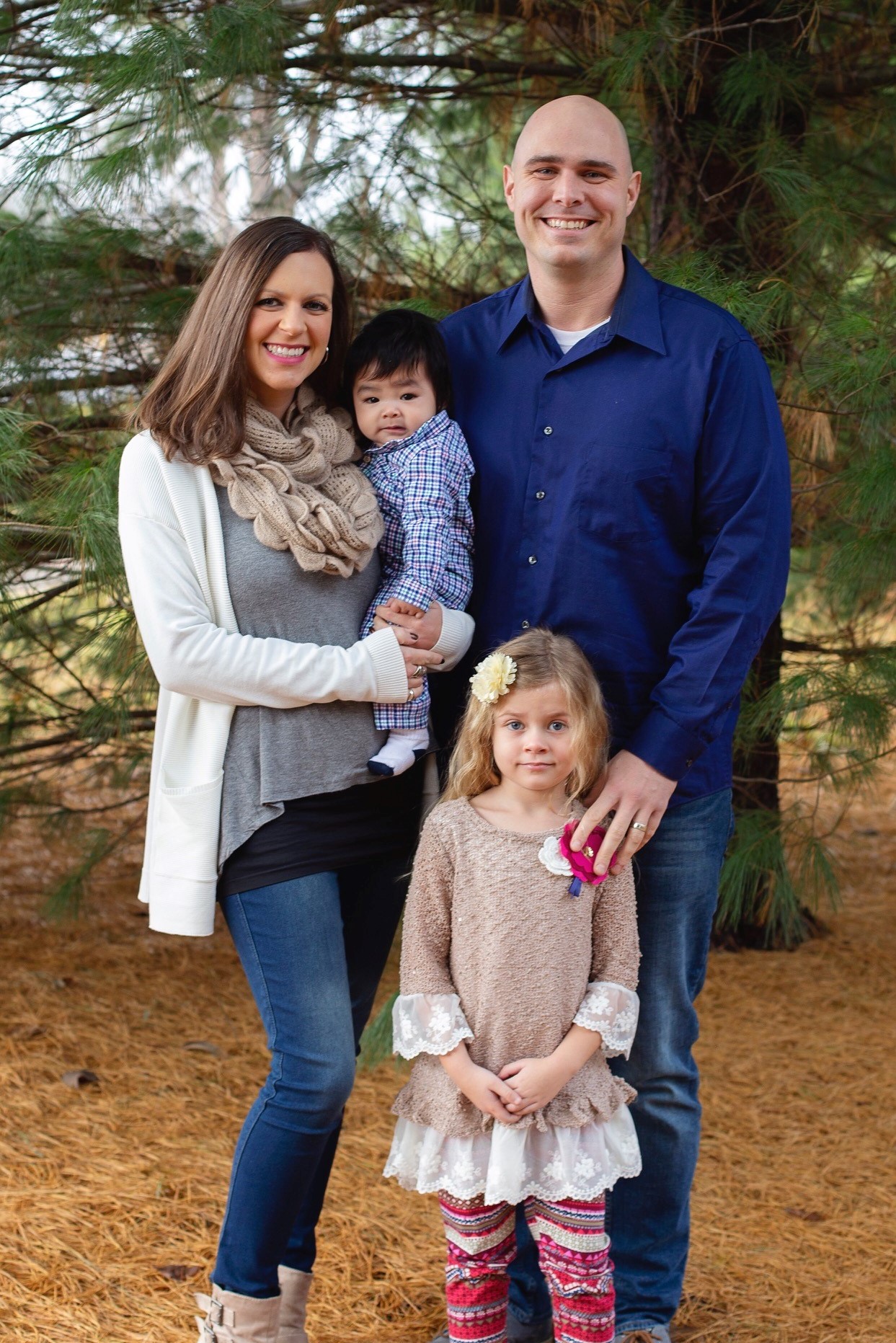 We always knew we wanted to have kids in our family. And we knew that they could come lots of different ways. So we always thought we would have our kids by our own genetics and that we would also adopt. And after we had our daughter, we knew adoption was what we wanted to pursue for baby number two.

We met with an adoption agency in Indianapolis. We remember they were excited to have us, but they were pretty honest that if we wanted to bring home an infant we could be waiting a long time. But they were quick to tell us about another option called embryo adoption. This was an adoption path were we would be matched with a family looking to make arrangements for embryos they were not going to use after going through IVF.

When they were explaining this to us, it felt like it was sci-fi! But during the car ride home from the agency, we talked and the option just felt right for both of us.

However, we were coming from a desire to adopt and we believe first families and genetic families are an important part of a child’s identity. Most of the clinics, if you receive “adopted” embryos, it’s anonymous. And we felt like, for us and our family and our future kids, that was not the best option. We wanted a connection to their genetic family, so we chose an adoption agency for our embryo adoption: the Snowflakes Embryo Adoption Program. We wanted the children who would come from the adoption to be able to know their story completely and have relationships with their genetic siblings if they wanted to.

The other reason we wanted to use Snowflakes over a clinic is because the Snowflakes model allows the genetic family (or placing parents) to choose their adoptive family. At most clinics, the adoptive parents choose the match. This was important to us because the placing parents created the embryos. They are theirs first. And they are the ones who should have that decision to choose whose they become.

We were first matched with six embryos, and over the course of two years we transferred those embryos. Sadly, those six embryos did not result in any babies. After that we took a step back to reflect on our journey. We had spent a lot of time, resources, and emotions on that match and those embryos and we still didn’t have our baby.

We remember those days of us being a little conflicted about what to do next. Do we move forward and match again? Do we try again naturally? Should we take a look back into traditional adoption? Our faith was a big part of our decision. We felt like there was a plan for us that was meant to be—there were other frozen babies out there somewhere, waiting for their forever home. So we decided to go back to find another match.

When a second family was considering us to adopt their remaining embryos, they had some additional questions for us. Their main question being, “Why are you adopting embryos when you are not infertile?” We knew they loved these embryos and they cared about them deeply. They were making an important decision. In the end, they chose us to adopt their embryos and we accepted.

On our first frozen embryo transfer with our new adopted embryos, we were pregnant right away! You could say we had a textbook pregnancy.

We have heard people say, “What you’re doing is go great by rescuing these embryos!” And yes, we are excited about it, but really the placing parents are the heroes. They are the ones that did something great, because had they decided to destroy their leftover embryos or keep them frozen, our baby would not be with us today. It was their decision that was life giving to the baby.