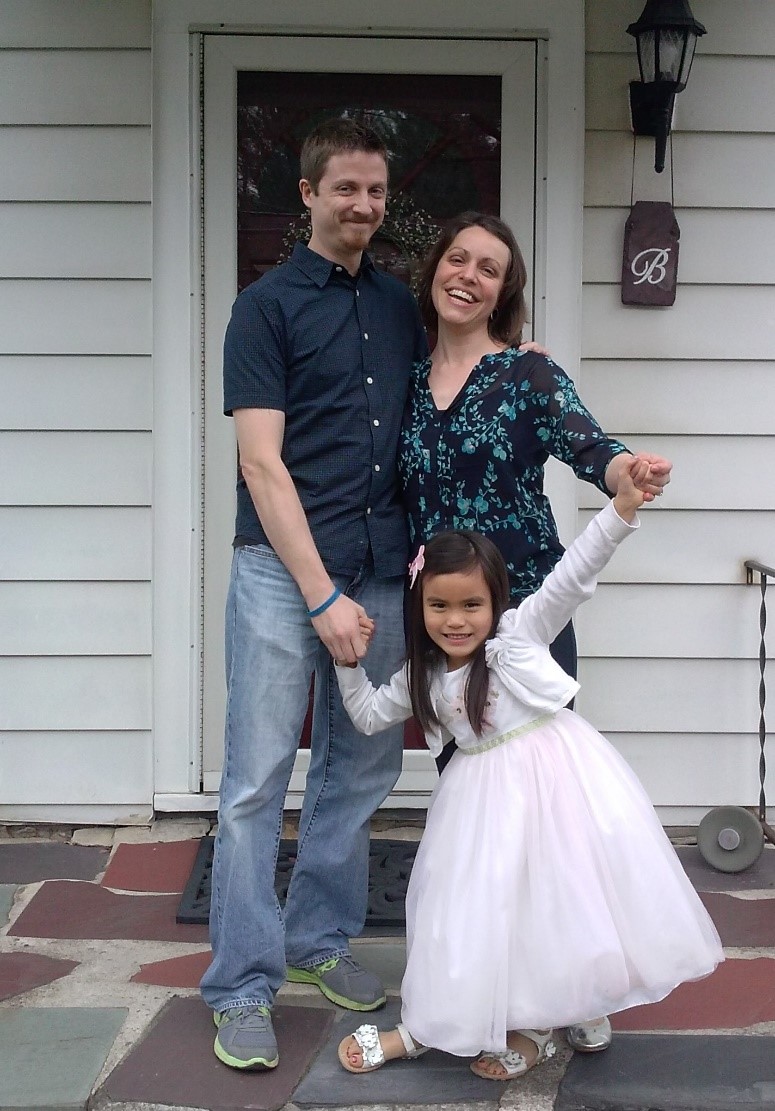 Ben and Stephanie had always wanted several children and they eagerly looked forward to being parents someday. However, after a few years of not getting pregnant, they discovered an infertility diagnosis that doctors said would mean they could never have biological children. Stephanie remembered, “This was like getting a bomb dropped on us! We wondered what this meant for our hopes and dreams.”

Before they knew anything of their infertility struggle, a coworker had told Stephanie about her friend having “Snowflake babies” and explained what that meant. Stephanie had thought at the time it was neat, but it wasn’t until her OB-GYN suggested Snowflakes Embryo Adoption as an option in the wake of their infertility discovery that she remembered. In the following weeks and months, as the couple explored embryo adoption, they knew in their hearts that this was the answer to their prayers.

As a part of their Snowflakes application, the couple had to indicate what ethnicities they were open to adopting. For a long time, the couple had felt a love growing within them for the Japanese people; a love that seemed random at the time but had just kept growing stronger. It seemed like it would be improbable, but the couple both strongly felt that they should put down Japanese. After submitting their application, they discovered that there were Japanese embryos waiting for a match. “We didn’t totally fit the placing family’s criteria, but we shared our story with the Snowflakes team and that we would love to adopt these embryos. They said they would forward our information on to the family to consider.”

Shortly afterward the couple family received a pretty ecstatic email back from the matching coordinator. Stephanie recalls, “She said ‘You’re not gonna believe this — this family has been looking for three years for a family they wanted to place embryos with and they think you’re the one.’”

Transfer day came and all three of their embryos survived the thaw. At their doctor’s advice, all three embryos were transferred. Only one embryo implanted. The couple was saddened at the loss of the two embryos but thrilled to be pregnant.

After giving birth, the Hawkins told their agency they wanted to have direct contact with the placing family, a move that placing parent Gina calls an “unexpected blessing.” The two couples communicate regularly, exchanging e-mails and photos. And when Annika was 2 years old, the placing family came to meet her in person. Gina says it felt right knowing that Annika is where she’s supposed to be—with her parents.

Annika is now a bubbly, outgoing and fearless 7 year old who fills her parents’ lives with joy.

“We can’t imagine not having done embryo adoption and not having her,” Stephanie says. “There’s nothing like getting to carry your own adopted child and give birth! The risks involved are worth it.”