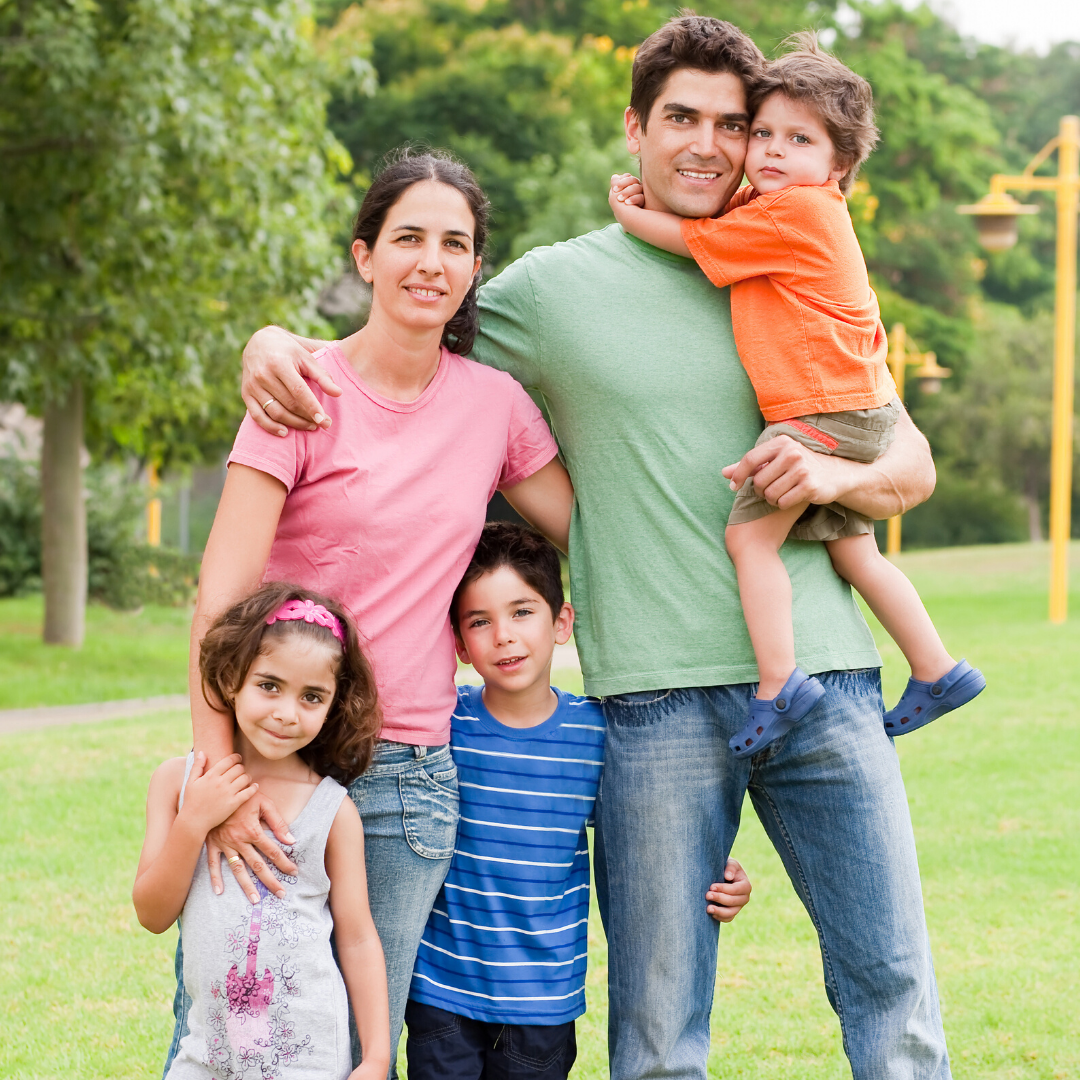 When Justin and Amanda decided to pursue in vitro fertilization after the birth of their first child, they always knew they would end up donating their remaining embryos. After their IVF treatment resulted in twins, the couple tried unsuccessfully to have more children. Eventually, the emotional and physical toll was too much to take, and they decided to stop treatment.

“We’d always said that we’d keep the embryos until I was 40,” Amanda said. “But I came to a point when I had a hard time knowing [the embryos] were sitting there and we weren’t doing anything with them.”

For Amanda, who was adopted herself, the open adoption option was appealing. She grew up not knowing her biological family and didn’t want the same thing to happen to her biological child.

“Not having that connection was always an empty spot for me. I wouldn’t have been okay with an anonymous placement,” she said. The couples chose to work with the Snowflakes Embryo Adoption Program and started the process of selecting a family for their remaining embryos. They ended up choosing the family in the first profile they reviewed.

“We were worried about the process, because how do you pick a parent for your child?” Amanda recalls. “We felt connected to their profile…we had a lot of similarities in background and education. We wanted a family that was active and involved in their church and had a close family. I honestly didn’t know we’d find someone who had everything that we were looking for.”

But they did – Amanda and Justin agreed to a match with Ryan and April, who adopted their embryos.

When Ryan and April’s second daughter was just six days old, she was diagnosed with a genetic disorder that ended up taking her life just a few short months later.

“Because it was a genetic disorder, we had ourselves tested and discovered we were both carriers,” explained April. “Which meant all of our children had a 25% chance having this terrible disease. We decided not to have any more biological children, but we didn’t feel that our family was complete.”

April and Ryan looked into different options and when they heard about embryo adoption they knew it was the right choice for them. April liked the fact she could carry the child herself – something she knew her body was capable of doing. They also liked the idea of having some control over the timing of adding more children to their family.

Their son, Corinth, was born from the embryos placed into their family by Amanda and Justin. “We were apprehensive about the aspect of openness when we first started considering embryo adoption. Now, I am so grateful that Corinth will grow up knowing his genetic roots,” says April

Amanda is candid when she speaks about her experience and admits that giving up her remaining embryos is not always an easy decision to live with.

“The thought of having a child out there that I’m not raising is really hard,” Amanda says. “But this kid has two families that wanted him and love him and continue to pray for him. It was not easy for me, but what an amazing gift we’ve given this family. There are days that I have to go back to that feeling and am grateful that we were able to provide this amazing blessing!”

Ryan and April acknowledge their own loss of not having any more of their own biological children but would recommend embryo adoption to anyone looking for alternative methods to grow their family.

“Thirty years ago, we wouldn’t have had genetic testing. Now, because we know what our genetic makeup is, we couldn’t bring ourselves to take the risk [of having more biological children]. That would have been a risk we were taking with someone else’s life,” Ryan says. “Being where we are medically, and being denied our freedom to have more children in ignorance, that same medical technology brought us the opportunity to have Corinth.”.

“These remaining embryos are lives that need a chance to be loved,” April said. “I would never   minimize a couple’s desire to have their ‘own’ children, but if your situation prevents you from that, embryo adoption is a miraculous process that allows you to give birth to your adopted child.”