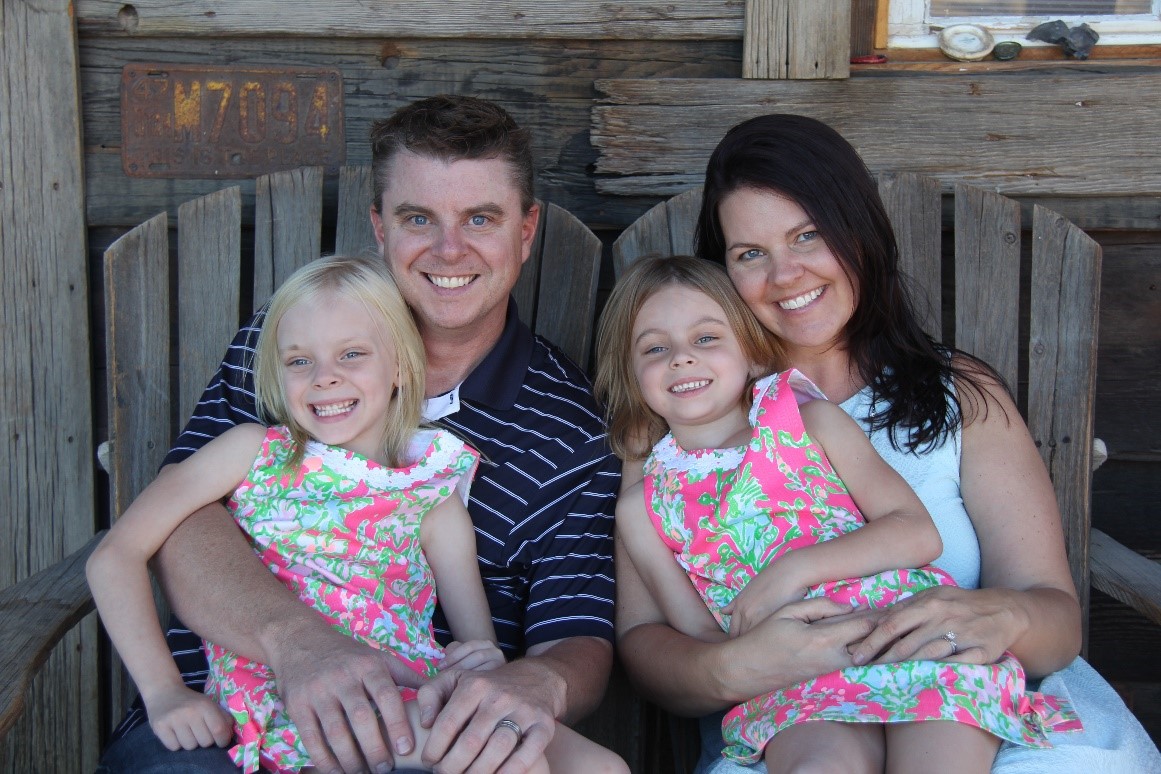 Lindsay and Rick first met at an engagement party for their mutual friends. They fell in love on the dance floor at the same friends’ wedding.  In their wildest dreams, the couple never imagined they would struggle with infertility.  After a year of trying, six failed IUI treatments, and medical costs piling up, they started to lose hope.  Then Lindsay and Rick began to explore IVF.  Coming to the conclusion that it would be their last chance to have a biological child, the couple decided to pursue this option.  After selling their small business to cover the costs, they started on their first IVF cycle.

Five embryos were created and two were transferred. Miraculously, both embryos resulted in a pregnancy. Twin girls, Amelia and Olivia.  Lindsay and Rick wanted to give their girls the best life possible.  They decided not to try for more children, as they deemed it financially responsible to stop at two.  The three remaining embryos were in frozen storage.

Making the decision of what to do with their remaining embryos was harder than the decision to pursue IVF.  They had the choice of destroying the embryos, donating them to science for research, donating anonymously, or keeping them in frozen storage.  Without a doubt, they knew they did not want to destroy the embryos.  To Lindsay, it felt like an abortion.  However, donating anonymously made the couple uncomfortable as well.

If they donated anonymously through their clinic, they might unwittingly run into their biological child one day and not even know it!   After doing research, Rick found the Snowflakes Embryo Adoption Program.  Snowflakes offered an open adoption option for their potential children, allowing them to choose the family they gave their embryos to. They liked the idea that their twins might be able to meet any biological siblings one day. Yes, Snowflakes was the right choice for them.

Lindsay and Rick wanted a particular type of family for their embryos—one similar to their own.  Amazingly, they fell in love with the first adoptive family they matched with.  The family had also been through unsuccessful IUIs, as well as failed IVF cycles and traditional adoption.  Lindsay and Rick wanted nothing more than for their embryos to grow up with this family.  After the adoption process was complete, all three embryos were transferred.  Sadly, it was not successful.  Lindsay was crushed when she learned the transfer failed.  She wanted to give this adoptive mother a happy ending just like her own.  Still, to this day, the couple remains in contact with the family.

Lindsay and Rick didn’t choose to give their embryos a chance at life for peace of mind.  They chose to do this because, to them, it seemed selfish not to.  Those embryos deserved life just as much as their girls did.  The couple hopes their story will help other families struggling with the decision of what to do with their remaining embryos.