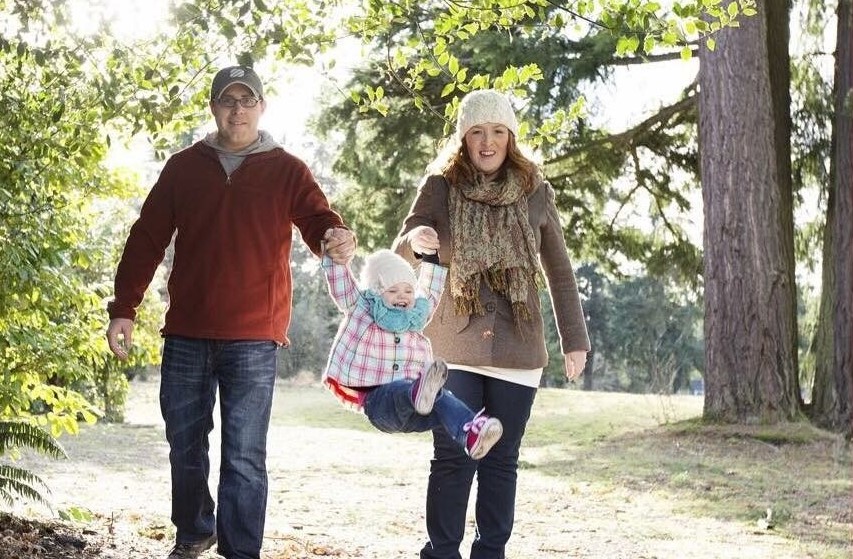 When Matt and Charlie DeVore got married, there was no question they would be parents. Matt had always dreamed of having a big family with five kids. But getting to that first baby seemed impossible. Charlie struggled to get pregnant. After unsuccessful fertility treatments, the couple was matched in a domestic adoption. Everything looked final, but then at the last moment, the adoption fell through when the birth mom changed her mind. After ten years and $35,000 spent in their attempts to build their family, Charlie was trying to accept the idea that she wasn’t meant to be a mom. “I think I went through a lot of emotions. I was just broken. I felt like a broken person,” she recalls.

The couple didn’t have the finances to try again and Charlie was left wondering and trying to decide if she could just walk away.

Then Matt’s uncle died in a car accident, so the couple drove to be with the rest of his family. Matt’s uncle was a farmer and had buried money in buckets. Part of the time spent together as a family was spent digging up the farm to find the inheritance he left behind. Everyone thought Charlie and Matt should have the first bucket to try again and have a baby.

Matt’s sister, Julie, volunteered to be a surrogate. But Charlie’s eggs had been problematic and didn’t get large enough to fertilize. They were beginning to feel they were out of options. That’s when Julie came back to suggest embryo adoption through Snowflakes. Charlie and Matt had never heard of it.

They were matched with a placing family welcomed a little girl into their family through donor egg IVF. Afterward, they conceived naturally and decided to donate their remaining embryos through Snowflakes. They chose the DeVores.

Julie carried the pregnancy for Charlie and Matt and gave birth to her niece, CJ. “Right away she held on to Matt’s finger,” Charlie reminisces.

CJ will know the other little girl – her biological sister – born from the same batch of embryos. And the DeVores will make her a book of her life story, so she knows all the people it took to make them a family and to erase their heartache.

“You know, she may not understand it all, but so she grows up with it. It’s never a shock or something that’s a secret,” Matt said.
The struggle and the hurt feel long ago. “There’s nothing left of that,” Charlie smiled. “It’s just a complete joy having her. Our dreams. Our dreams are right here.”