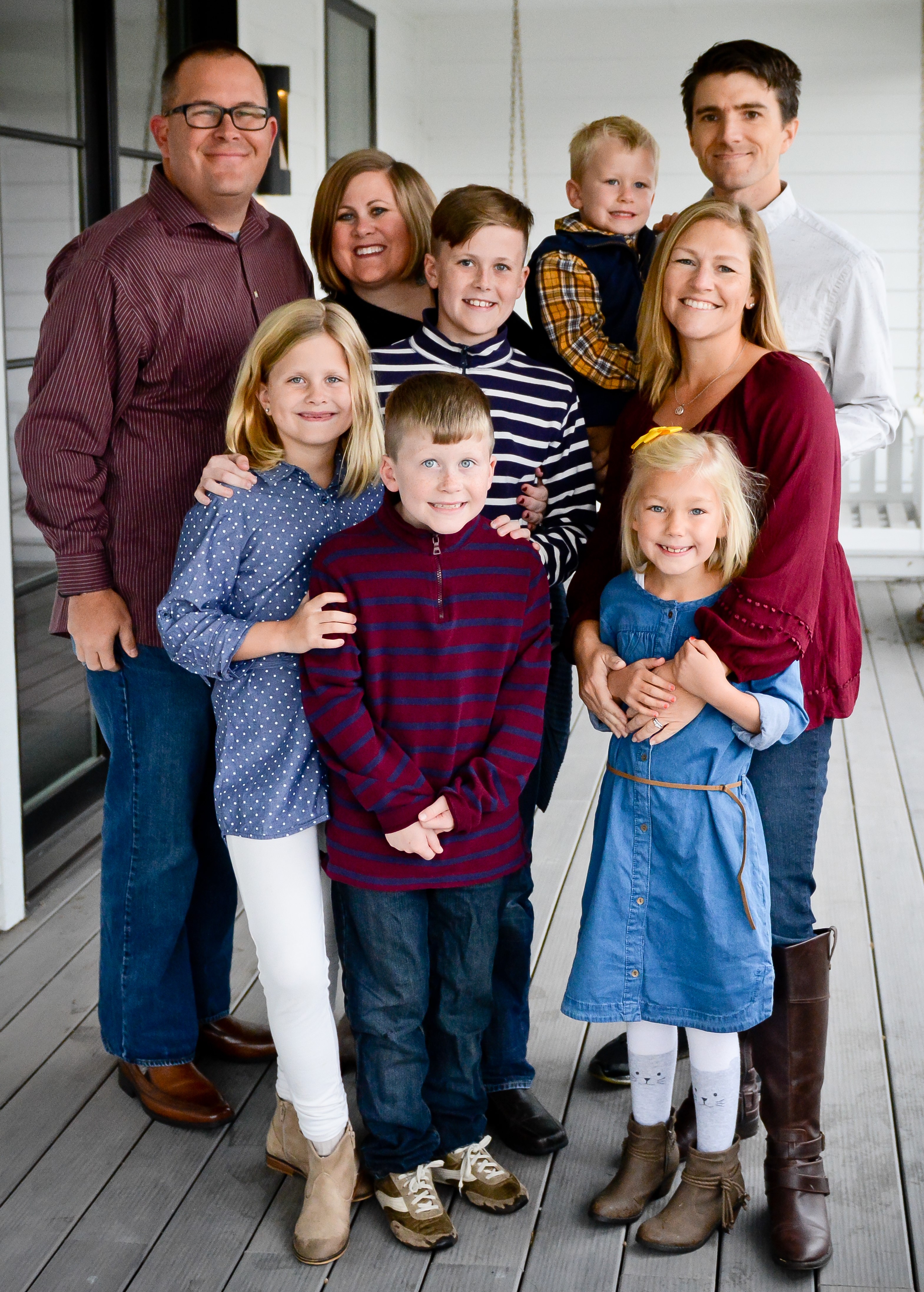 Four years ago we participated in a featured story for Nightlight’s Pathway2Family magazine. So much has changed in the ensuing years!

Shortly after our chosen adopting family gave birth to Corey, his mother April and I became Facebook friends. At first, it was so strange to see pictures of him with his family. I was still working through the emotions of placing our embryos with another family. Knowing we had a biological child living across the United States who we were not raising was difficult.

April and I started messaging back and forth. We talked about so many things – like, “Is it okay if I comment or ‘like’ your posts/photos on Facebook or is that strange,” or “Do you feel comfortable sharing your address so we can exchange Christmas cards?” Our openness with each other throughout the past four years has allowed us to build a relationship I couldn’t have imagined before!

In the fall of 2015, we almost crossed paths with Corey and his family as we were in Las Vegas and were in the same hotel/restaurant as they were less than 24 hours apart. Sadly, before we realized it, they had already left town to go back home. I messaged her, “Crazy!! It would have been wonderful to meet you all! Someday…”

I wrote a similar message to April in 2016 after I shared a story about two other families who were connected through embryo adoption who met and considered themselves “family” afterwards. I shared, “I thought this story was amazing! Can’t wait to meet you all in person some day!” That December, we exchanged Christmas cards and of the millions of designs out there, we had selected the exact same card! April messaged, “It’s like we have a lot in common or something.”

We messaged often about being grateful for the open relationship we have. Open communication was one of the highest preferences for me when being matched through Snowflakes. Forty-two years ago, I was adopted as an infant and received little medical information about myself or my biological parents. I did not want our biological child to have to go through life not having that information or not having a connection to our family. I also wanted my children to have a relationship with their biological brother. With today’s advances in medicine, often a biological sibling is able to save the life of a sibling by giving them a much needed kidney or bone marrow, for example. I wanted the four of them to always know they were connected and would be able to rely on one another should one of them ever need something like that.

A year later, my kids began asking more questions about Corey and when we could meet him and his family. I respected April’s thoughts about wanting Corey to be older so that he could understand more about us and our connection. However, I just kept thinking it would be great if our kids grew up knowing each other and loving one another. But I knew there would be a perfect time for all of this to happen.

In the spring of 2018, April messaged that she and Ryan had been talking about the possibility of our families meeting and wondered what we thought. It didn’t take me long at all to respond—“We would love to meet!” By May, we had a plan for them to fly to Iowa and stay for a few days. We were so excited!

The next several months were filled with correspondence about travel plans and itineraries. We talked about what we would do together and even made plans to have professional family photos together.

On November 1, we drove to a local restaurant not far from our home. I could hardly believe we were actually going to meet our biological son and his family for dinner! It seemed so surreal! I was a bit worried about what our kids might say or do. (I had told April that although we had explained their connection and relationship, I couldn’t guarantee at some point one of my kids may not call Corey their “brother” without saying the word “biological” ahead of it.) The moment we saw them it was like we had always known them. Conversation came easy, the kids immediately bonded and loved one another. Their daughter and our daughter loved having another girl to talk to and play with. The boys were enthralled with each other and loved playing together.

We spent the next four days together enjoying meals, showing them our hometown, letting the kids play while we adults socialized, attended church, and just enjoying our time together. They even came to a couple of basketball games our youngest son had while they were in town. (I remember messaging April a few times when they would send photos of Corey playing ball or doing something else sports oriented, telling them he was much like our boys who loved to be rough and tough!) It was fun to be at the games together and show them a glimpse of our family and life. We were so sad when our time came to an end.

Our girls have been pen pals since the visit and we are excited to have a trip planned to visit them in their hometown in December this year! Embryo adoption has been such a gift for both of our families in ways I don’t believe either of us could have imagined. We are extremely blessed!