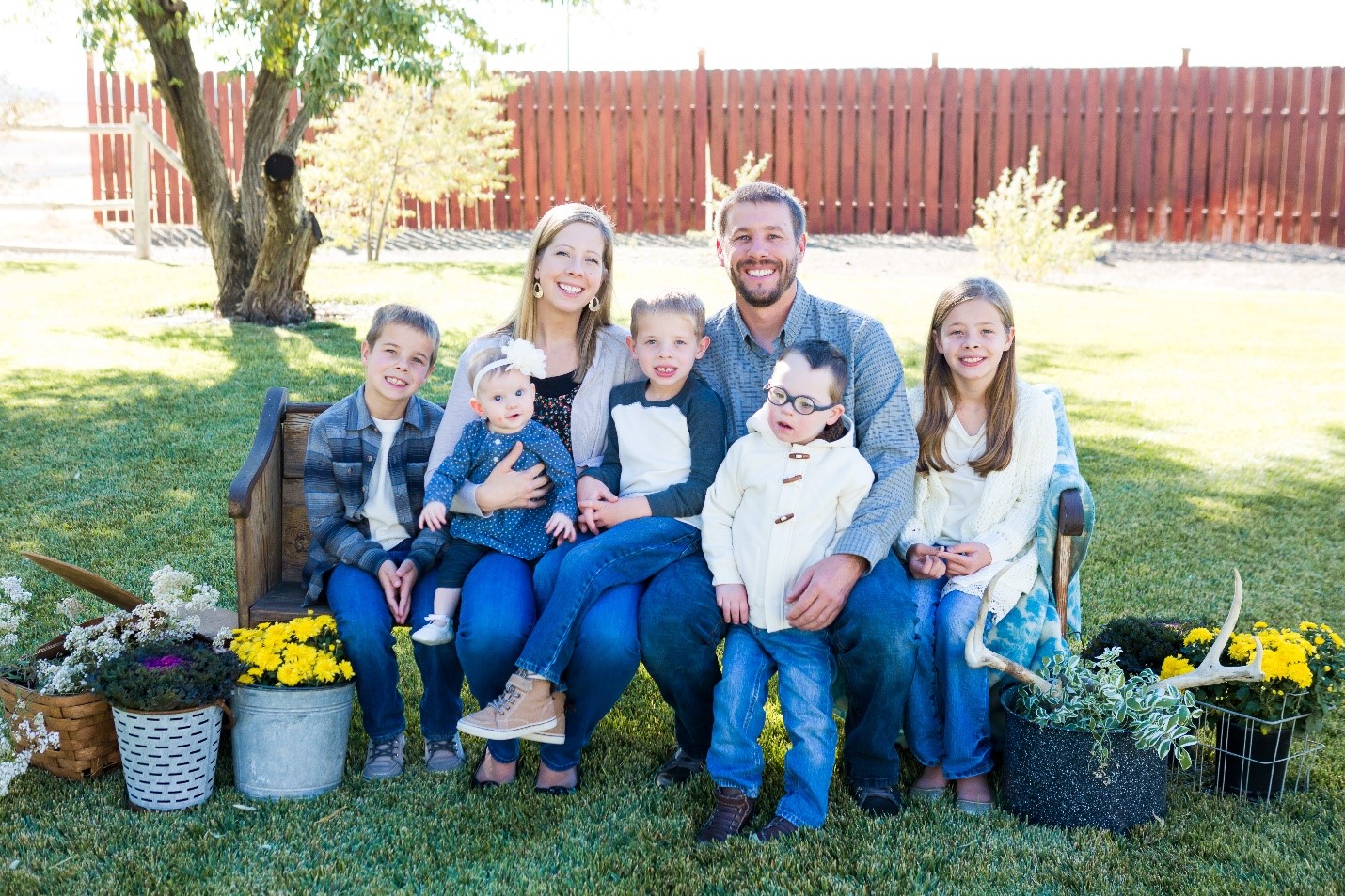 Although Blaine and Kathryn had their three biological children and wanted more kids. They felt they should expand their family through adoption.  And they did— child #4 was adopted into their family.  They believed the door for adopting was still open.  While researching different adoption agencies, they learned about embryo adoption.

What on earth was that?

To them it was a foreign concept; at the time, they did not even know what in-vitro fertilization was, let alone embryo adoption.  So they did an extensive amount of research on their own trying to understand if embryo adoption was something they would be comfortable with pursuing.  After hours of research, and with even more hours in prayer, they concluded that embryo adoption was the direction that they wanted to go.

Blaine and Kathryn chose the Snowflakes Embryo Adoption Program.  The couple was very open with the types of embryos that they were willing to receive: they were interested in giving the embryos that were having a harder time being matched with adopting families a chance at life.

Blaine and Kathryn were matched and later went in to have their frozen embryo transfer (FET). Only one of the three embryos they adopted survived the thawing process.  They excitedly transferred this embryo into Kathryn’s ready-womb.  They did get pregnant, but sadly the pregnancy ended in a miscarriage.

After some time, Blaine and Kathryn decided they wanted to be re-matched through Snowflakes. This time around was unique as they were matched with two families who each had only one embryo to donate.

On FET day both embryos survived the thaw but inexplicably their cell division did not seem to be proceeding as expected. Blaine and Kathryn were committed to the life of these two embryos and went ahead with the transfer.

Miraculously in their opinion, Kathryn did become pregnant! At their 6-week ultrasound, a single heartbeat was detected. Though they had hoped for two babies, they were thrilled to see and hear one of the embryos survived and was now growing into a healthy baby.

They welcomed their baby girl Everly home and she has brought even more joy and happiness into their house. “She has been such a blessing to our family and is loved so much. We couldn’t imagine life without her!”