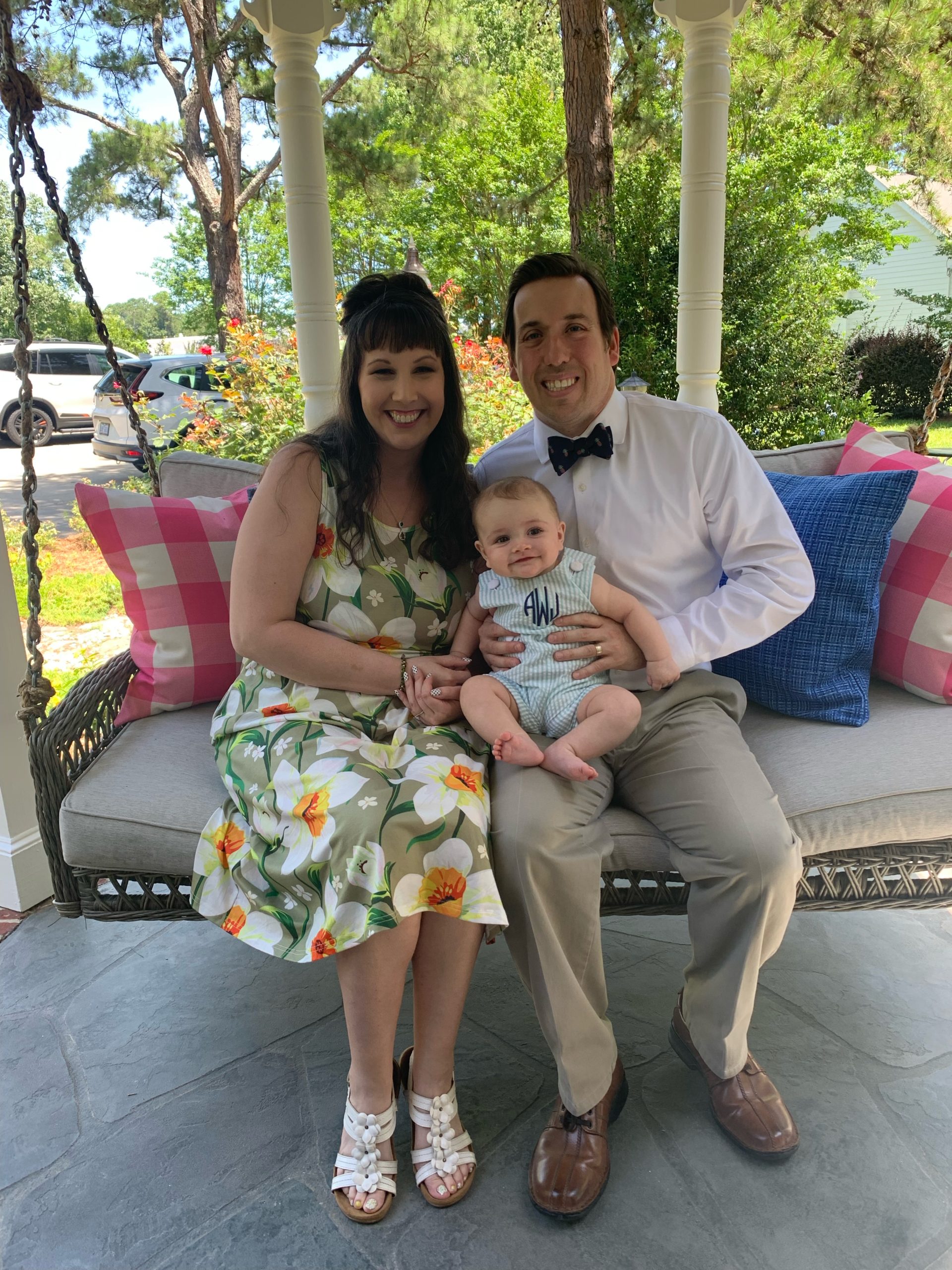 When we married in 2012, we expected our family life to unfold in the traditional way. We had no idea that conceiving a child would be a problem… By our fourth or fifth year of marriage, we realized that something was wrong. We went through numerous medical avenues to try to identify and correct the issue, but there seemed to be a roadblock at each step. The problem was unclear at times, and even when we had a sense of what the issue could be, interventions failed.

After three rounds of IUI, we knew that the Lord had something different in store for us. IVF was not an option for us for several reasons, so we began the adoption conversation in earnest.

We had always had a positive view of adoption, though it was hard to know where to begin. No one in our immediate families had much experience with adoption, so it was an educational process. Our local pregnancy resource center gave us a list of adoption agencies in our area, and Nightlight Christian Adoptions was one of the first ones we noticed. Coincidently, it was barely 10 minutes down the road from us!

Our first meeting went especially well. We learned of the Snowflakes Embryo Adoption Program. The idea made us a little anxious about something as novel as adopting embryos, but also intrigued at the same time. After further conversations, we determined that this was the right path for us. It gave Mckensie a chance to carry our child, it rescued human life from frozen state, and it blessed our placing family by providing their embryo a full opportunity to become all that God intended for them to become.

The most powerful way God showed His hand in this process is by raising up dozens of generous friends, family members, church members, and even acquaintances in the community to provide more than enough financial support to go through the entire process! However, challenges lay ahead…

Our first transfer attempt initially looked promising, but then quickly failed. We were deeply disappointed that two embryos did not end up as twins in our arms. However, we simply trusted God to show Himself mighty and generous in our journey.

We had to wait several months before our second transfer, but we finally transferred our final two embryos in May 2021. We waited, prayed, and waited. By early June, we found out we had a little one on the way!

The pregnancy was difficult at stages, but worth every struggle, as we knew we had a little boy on the way. In January 2022, he arrived—not a moment too soon. Amos Jackson joined our family and has been more of a blessing than we could have ever imagined. Parenthood has been demanding and exhausting, but by far the highlight of our ten years of marriage.

We stand grateful to God, our family, church, friends, our placing family, and to Nightlight for making our desire become a reality!