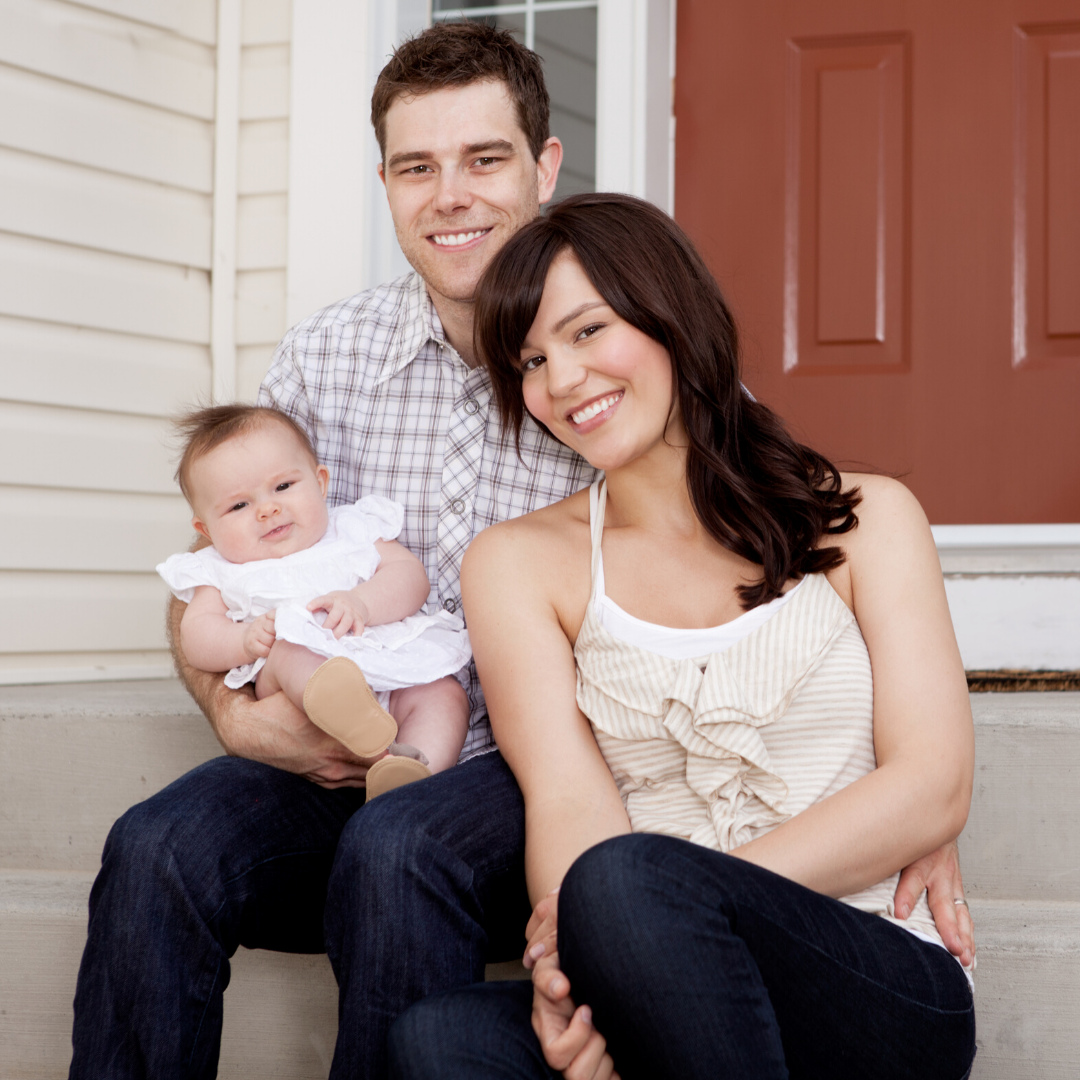 After the birth of their first daughter, Cecile and Michael wanted to grow their family, so they turned to IVF. They joyfully welcomed their son as a result. However, when they naturally conceived their third child, they knew they would need to do something with their remaining embryos.

“It wasn’t an instant choice,” Cecile said. “It took us three years to make that choice. We wondered, ‘Is it okay to give away your embryos because it isn’t convenient? What kind of family were we exposing them to?’”

“What does it mean to me to have a biological child somewhere else? How am I going to feel about that?” Michael recalls. “I came to the realization that life is more precious than my personal feelings.”

The couple agreed to donate their embryos through the Snowflake Embryo Adoption Program, where they were matched with an adopting family, Joanna, and David.

Joanna and David had one child and were eager to have more. After several miscarriages, they tried a number of fertility treatment options but eventually decided embryo adoption was the right fit for their family. They liked the idea of Joanna carrying the child, which gave them the opportunity to share the pregnancy with their son, and bond as a family before the baby even arrived.

“We knew there were families who had remaining embryos and that those families might be struggling to decide what to do with them. We felt like we could alleviate some of that burden and grow our family,” says David.

Like many families who participate in the Snowflakes program, they were initially a little hesitant about an open adoption; as time went on, though, they became much more comfortable getting to know the placing family.

“Snowflakes had been our mediator of handwritten letters and emails,” Joanna said. “We felt more comfortable with that. It gave us some limits, some guards in the beginning.”

“Anyone with a young child knows that you need to acclimate your family. Those changes can be difficult, and a little distance was good at the time,” David said. “As our daughter grows and becomes more aware, that’s when we’ll start to introduce the idea and the explanations [of where she came from] at whatever level she’s at. That’s when the contact becomes more open and direct…it’s ultimately about what our daughter is most comfortable with. It’s her story and we want to be sensitive to that.”

Cecile agrees. “I don’t want to confuse her. Life is confusing enough. I am following David and Joanna’s lead as far as they want to take it.”

Joanna and David are grateful to Cecile and Michael for their gift.

“They made an amazing, loving choice to donate those embryos. We had this miracle daughter who has blessed our lives more than we could ever imagine,” Joanna said. “We’re so thankful for that opportunity. It’s a life-giving option and we’re on the receiving end of it.”

“It’s an incredible testament to the power of life,” David says. “If you go through this process, you are saying that this matters, this life matters, it’s not just a couple of cells you keep in cold storage or discard. It becomes a person. Ultimately, this is Vivienne’s story and part of who she is. She’s going to direct that story. She’s got a lot of people who love her for various reasons.”