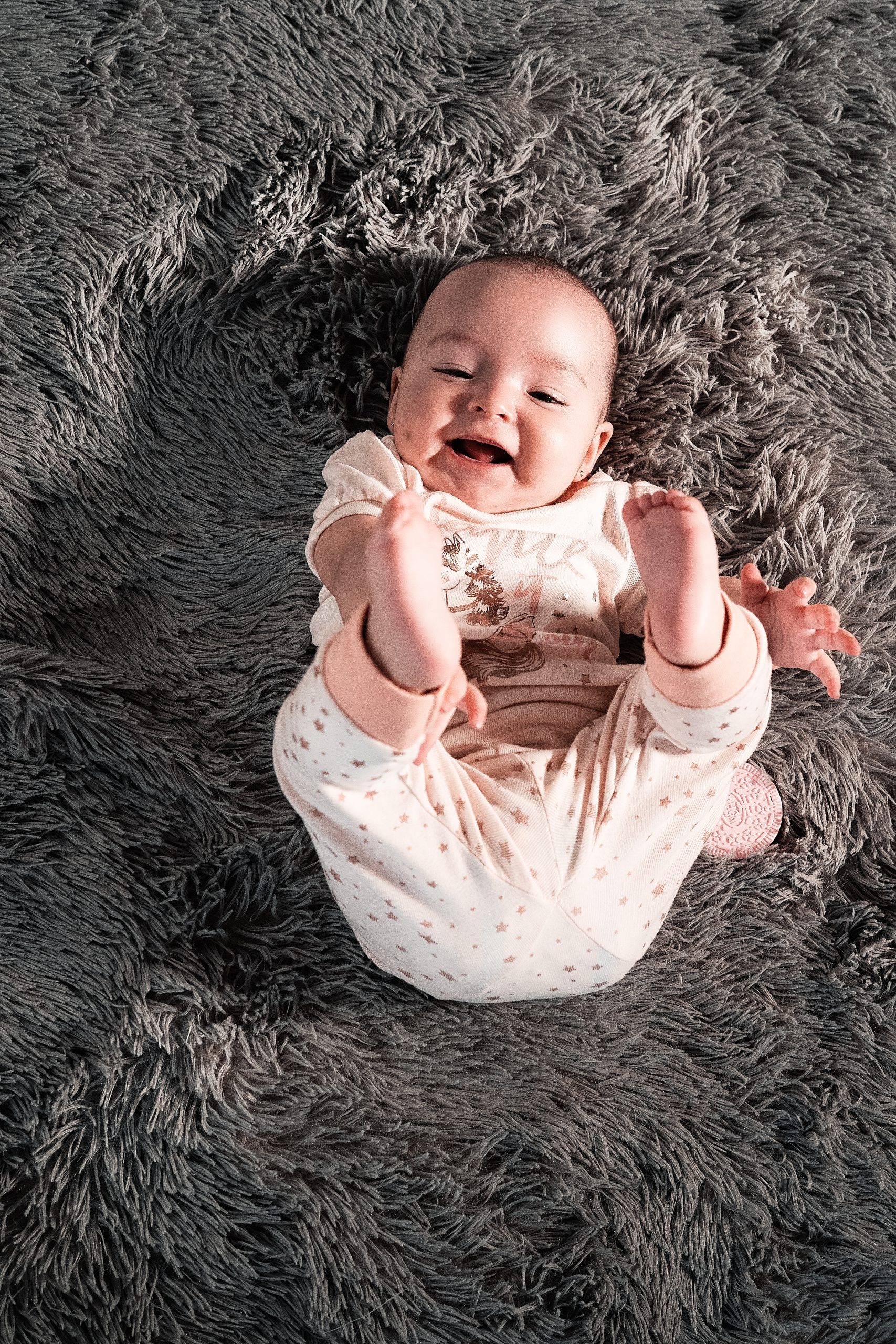 I heard about embryo adoption for the first time, I don’t know how many years ago, on Focus on the Family radio broadcast. I wasn’t married at the time, but I had childhood cancer and had undergone radiation on my abdominal area. Some of my doctors said to not worry about it, but another doctor said it could be an issue. I remember when I was about nine years old, a woman from church came over to our house because she was concerned about my fertility. She had a similar experience with radiation and was infertile as a result. So while I knew it was a possibility that I would have problems getting pregnant, it wasn’t something I focused on.

After my husband and I got married we didn’t waste any time trying to conceive, as we were both in our 30s. But we knew right away we were going to have problems getting pregnant. We discovered our chances of getting pregnant were very low—only about a 1% chance. We were referred to some of the best doctors in the country, we were told that I could not get pregnant genetically, but they thought I could carry a baby. I started thinking about Snowflakes (The Snowflakes Embryo Adoption Program) again, but it took my husband a while to warm up to the idea. He was more open to the idea of finding an egg donor. For women, I think it’s sometimes a little easier to think about raising a child who isn’t genetically related.

Women are natural nurturers, and we just want a child to love…it makes it easier, I think, for us to consider raising a child that isn’t genetically ours. For men, I think the desire to reproduce and have children that are a part of them genetically is stronger. It took us several years to get on the same page. I kept praying about Snowflakes and felt peace about it. I felt like embryo adoption was such a great gift, not only for us but for the family who was donating the embryos, as we would give those embryos a chance at life. We went through further surgeries and we tried a few “experimental” things to see if we could get pregnant, but nothing worked. One spring we were driving in the middle of Texas, and my husband was fiddling with the radio…and there was someone from Nightlight on a local AM station talking about Snowflakes. Shortly thereafter, my husband told me that he felt this was a confirmation for us to choose embryo adoption. We both felt that these embryos were all lives, waiting for a chance and that they are each deserving of that chance.

I would say the process with Snowflakes moved very quickly in my mind. The hang-up was getting the home study done through a local agency that was going through a lot of transition at the time. They did our interviews in July and August but didn’t complete the home study until December. We were very patient and every time we’d check in our caseworker would say that she just needed a few hours to sit down and get it done. We had been very quick on our part to turn in the paperwork in the summertime and complete the education portion of the requirements, but the home study wasn’t completed until Christmas time that year.

We were been matched with two potential families that we said no to for different reasons before we were matched with a family in California with three little boys, and nine remaining embryos. We were matched and just a couple of months later, in June, our embryos were shipped to our doctor’s office in Dallas.

Shortly after that, we went into prep for the transfer. It took us three rounds before my uterus would respond the way they wanted it to. We had done a couple of mock cycles and it had behaved, but this time, when it came to the real deal, it had a mind of its own. Finally, on the third time, everything went as it was supposed to. The doctor thought that only four of our nine embryos were viable, but that we had a good chance of getting pregnant with the four that seemed the strongest. We decided to thaw the best two and weakest three, and only one survived the thaw. Our doctors said we could transfer the one or thaw the rest, but we felt at peace with just transferring the one that survived. And that’s what we did. Everything went beautifully, I got pregnant, and that was Elisabeth.

I had a difficult pregnancy. We discovered mid-term (at 18 weeks) that I had a short cervix, so they put a stitch in the cervix to hold it together (called a cerclage). Everything was fine for a few weeks, as I was on modified bedrest at home; but then my cervix shortened pretty severely at 24 weeks, so they had me go on bedrest in the hospital for 8 weeks. They had hoped that my pregnancy would go full term, but my water broke at 31 ½ weeks. Since I was preterm, they let me wait it out until my labor started. I lasted about 3 days and I went into labor, at exactly 32 weeks. It was a pretty hard and fast labor, but Elisabeth came out breathing on her own and crying. Though she was 3 pounds 2 ounces, she was only in the intensive neonatal care units for 4 weeks, just learning to feed and grow. When babies are born that early, they can’t eat very well and aren’t very coordinated, but Elisabeth never had any issues. She was 4 pounds 5 ounces when we brought her home, still four weeks away from her due date.

I don’t think of Elisabeth as not genetically related to us. Having given birth to her, I don’t even think about that. I don’t think about there being any separation or difference. We are in an open adoption with Elisabeth’s genetic parents, but I’ve spoken more with her genetic father than I have her genetic mother, as her genetic family is from Greece and, the mother especially, doesn’t speak good English. We plan to be very open with Elisabeth about her genetic family. They are very happy for us, very interested and excited. They are not overbearing at all, but they do stay in touch by email and phone every month or two. They also sent her a big package of things when she was first born – clothes, toys and some other sweet things. They also sent a gold cross for her when she gets a bit older. It’s been just perfect. As her genetic father said, “We all needed help, us with having children and them with being able to place their embryos with a family, so this was a way we could help you and you could help us. For us that was the perfect match.”