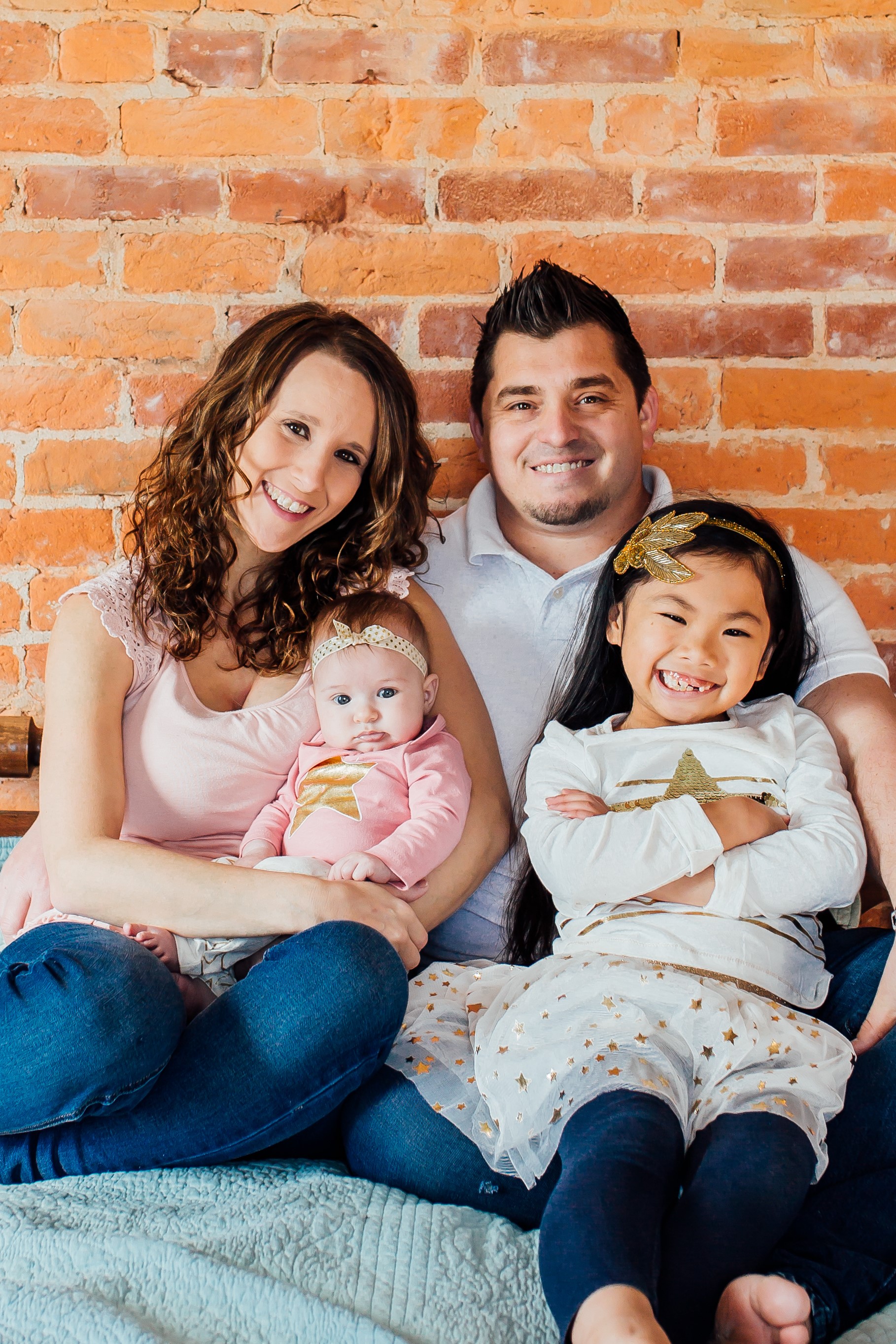 We were young (only 19) and in love and we knew that we wanted to start our family right away. Adoption was part of the heartbeat of who we were from the very beginning and we knew it would play a big role in our family in the future. Stephanie had done missions work at an orphanage overseas so when we first got married, we both agreed that we would adopt.

Unfortunately, we couldn’t get approved at that time because of our age. So, we decided to pursue starting our family through natural means first. However, as the years went on, we were still unable to grow our family and we had to really evaluate God’s plans. It took some time, but after a few years we realized God had something different in store.

According to doctors, our struggles with conceiving and pregnancy were unexplained. We suffered a lot of loss and heartache over the years, yet we had to trust that God was in control. We knew He had placed a deep desire in our hearts to be parents so we chose to keep on trusting Him.

After nine years of praying and waiting, we were blessed to become the parents of our beautiful baby girl from Taiwan and bring her home in February 2013. She was such an answer to prayer and we were amazed at God’s faithfulness in blessing our family. Many times before we brought her home, God had given us promises and dreams about her and it was amazing to see it all come to pass! And even as we adopted and brought her home, the Lord continued to give us promises and dreams about the future children Stephanie would carry in her womb.

Four years later, we began to feel the leading of the Holy Spirit to pursue another adoption. We just weren’t sure where to adopt from. While waiting for the Lord’s guidance, He dropped a new journey in our laps: Embryo Adoption.

We had no idea it existed or what it was, but as we learned more, we knew this was for our family. God began to speak to our hearts, revealing to us that THIS was what Stephanie’s womb was saved for…these future babies. They needed a home and a chance at life.

After completing the home study process, we were matched with and adopted three embryos through the Snowflakes Embryo Adoption Program, and transferred our first snowflake baby in January 2018. It was such a miracle to have that experience and from the very beginning we felt our theme was trust and joy. Even during a difficult pregnancy, Psalm 91:4, constantly resurfaced, “He will cover you with his feathers. He will shelter you with his wings. His faithful promises are your armor and protection.”

We knew God was with us and with this baby. She was born healthy and beautiful in October 2018. It is such an honor to be able to be used by God in this way and to welcome her into our family. It’s been an incredible experience and we look forward to welcoming our other two little snowflakes into our family in the future!