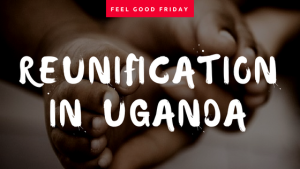 It was only yesterday that we welcomed baby Grace into our home.  She was born a preemie at 7 months and her mum plus sibling both passed away at birth. She weighed only 1.2 kgs and was still very under-developed, even the hospital didn’t expect Grace to make it.  She was feeding through an ng tube and her skin was so pale.  We spent the whole night praying that she would survive.  She was severely dehydrated and needed lots of care and feeding.  We fought, prayed and believed for Grace’s miraculous survival.  Little did we know that Grace was as much determined to make it as we were.  She was a fighter.

Today we celebrate a miracle as we see grace being reunited with her biological father.  We are in awe of this great and amazing journey of hope. Grace has grown into a beautiful and happy girl who is full of energy. She is a feisty girl and will fight her way through any crisis.  She is very strong willed, fearless, and opinionated.  She has a smile which is contagious, when she chooses to show it.

Grace was loved by many.

Grace was inconsolable on the day of reunification.  It was difficult to see her in tears as we said our farewell, but we were comforted that she was in the hands of her parents who were excited and very grateful to have her home.

Grace will always be loved and remembered in the home.  Her smile and energy are missed every day.  God has indeed been good and we can boldly say Ebenezer.

I am not even sure where to begin.  The trip to Uganda last week and the grand opening of Tender Hearts Baby Home was overwhelming to say the least.  First, I want to thank all the mission team members from Nightlight’s team and Grace Life Fellowship for working so hard to get the final touches complete before the event.  Everyone worked so hard.  Over 200 people attended the event.  A few attendees were from the US, but many were from the local community.  Those in attendance included probation officers, police officers, friends and family of the Ngandas, church members, grandparents of children adopted through Tender Hearts into the US, and families who had been reunited with their children.  All in all, it was a great day and a great celebration!  We all sat back in amazement observing what God has done since 2009, when I made that first trip to Uganda and met Ken and Cathy for the first time.  We want to give God all the glory and honor.  He is able! 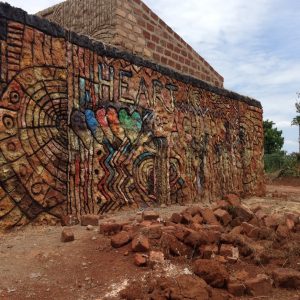 The Entrance Gate to the Baby’s Home 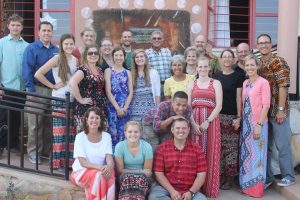 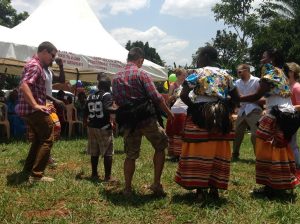 In Uganda, when you are excited about something, you dance! 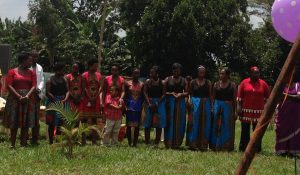 Ken and Cathy honored all of the Tender Hearts staff. 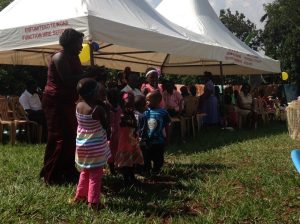 A few of the children performed for us. 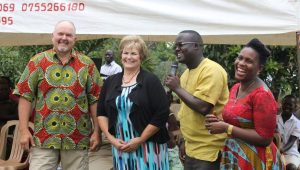 Ken and Cathy gave speeches and thanked everyone who had helped bring the Baby Home to this point. 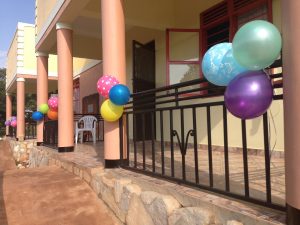 One story that really touched my heart was of a father whose son had gone missing for 10 months.  He had left his son in the care of relatives while he traveled.  When he returned, the relatives told him they had abandoned the boy because they thought he would not be returning.  He searched for him for 10 months.  He went to radio stations and ran advertisements to no avail.  That young boy is named Alex.  He is 6 years old.  Alex was found by local police and sent to Tender Hearts.  He was old enough to tell his caretakers some things about his family.  The social workers were able to locate his grandfather who called his father.  Alex’s father spoke at the grand opening and said, “Can you believe that these people cared for my son for 10 months, and they did not ask me to pay anything?” 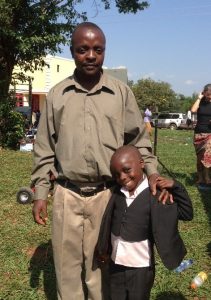 Alex and his Dad

Their story is one of many reunifications that have happened in Uganda through Tender Hearts.  In 5 years, they have had 90 children come through their doors.  Of those 90 children, 18 have been adopted into loving homes in the United States.  Tender Hearts is currently carrying for 28 children.  Thank you Ken and Cathy for your heart for children and for answering God’s call to care for orphans. 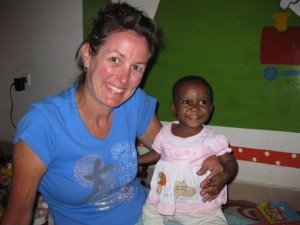 Three months ago and on the other side of the globe, a 2-year-old African orphan named Vivian died of bacterial meningitis. While the news might not seem so out of the ordinary considering the continent’s state of affairs, Vivian’s death was a blow to two local residents who had met and come to love the Ugandan toddler.

Temecula residents Kellie Falk and Courtney Atnip had traveled to Uganda last October to visit the orphanage where Vivian lived and deliver supplies and comfort to the toddler and others staying at the facility. There, they fell in love with little Vivian, Falk said. 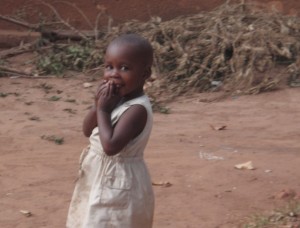 Uganda is known as the Pearl of Africa, and we have certainly found the pearl of Uganda.

Heart of a Child Uganda is the NGO that runs Tender Hearts Baby’s Home.  The directors are Kenneth and Cathy.  Each time that I have traveled and gotten to know Kenneth and Cathy better, I am so thankful to God for putting them in my path.  Kenneth and Cathy truly love each and every child that comes into the home.  To quote Kenneth, “Each child is special and each child has a story.”

Kenneth and Cathy are so in tune with the needs of the children that they are able to identify each child by the sound of their cry from another room.   Tender Hearts Baby’s Home now has 11 children between the ages of 5 weeks old and 5 years old.  There is one little boy who has truly won Kenneth’s heart.   END_OF_DOCUMENT_TOKEN_TO_BE_REPLACED

As many of you know, we are planning to take a team of missionaries to Uganda October 22nd through November 1st. We currently have about 17 missionaries committed to the trip. In addition to raising their own funds to pay for their trip, we also need to raise funds to complete projects while we are in Uganda. Below is a list of projects that Kenneth (Tender Hearts Baby’s Home Director) has suggested the team could do while in Uganda. Naturally, we can not expect to do every project in 10 days. However, what we are able to do, will likely depend on the amount of support raised. If you or your church would like to contribute to any of these projects, please click the donate button below. Please feel free to pass this e-mail on to anyone you know who may be interested in helping.

Your support is greatly appreciated!

Last week I sent out an urgent message that the rent at the Tender Hearts Baby’s Home was due at the end of the month. We must pay 6 months of rent each time and the total due was $4,200. As of Friday of last week, we had raised $4,065! I was overwhelmed by your response and by God’s faithfulness when I totaled the numbers on Friday. I think often, in crisis, we doubt that God is big enough. It is with each demonstration of His faithfulness that our faith grows. Through your generosity and willingness to be guided by the Lord, He has continued to show us his faithfulness and also that it is His will for us to be working in Uganda. Thank you to everyone who gave. Please share this story of God’s provision with everyone. He deserves all the glory.

In addition, we now have 18 team members signed up to go to Uganda in October for our first Nightlight mission trip. I have been so touched by the testimony of those who have joined our team. Thank you to everyone who continues to support the baby’s home in finances and in prayer. Please keep our mission team in your prayers as we raise funds, prepare to travel, and while we are in country. We will provide more updates as we go along.

It is hard to believe that it has already been 6 months since we opened the baby’s home in Uganda. God has been faithful to see us through to receive our license, and we now have 3 babies being cared for in the home. Our next 6 months of rent will be do at the end of this month. We are required to pay 6 months of rent at a time and the rent is $700 per month. That means, we need to raise $4,200 in the next 2 weeks. Please spread the word, pray with us, and donate if you can. Every little bit helps. We are walking in faith and we know that God is our provider. Thank you for your support!

If you prefer to send a check, please make your check payable to Nightlight Christian Adoptions and mail it to our SC office at the address below.

[A few days ago, a deadly suicide attack in Uganda made international headlines.]

Good News! We have been able to make contact with everyone that we work with in Uganda; our attorney, Veronica at The Comforter Center, and Kenneth at Tender Hearts Baby’s Home. Everyone is safe! Praise the Lord. In addition, Kenneth tells us that we now have 3 babies being cared for at the baby’s home.

Israel is now about 5 months old and has been with us for several months. Christopher is 2 years old and was being cared for by his grandmother. His grandmother is nearing the end of her life and his mother has disappeared. Her whereabouts are unknown. Justine was abandoned at a nearby church and the church administrator brought her to the baby’s home. Kenneth and his team are in the process of working out the children’s paperwork and getting health checks on everyone. We are so thankful that these babies now have a safe place to be cared for by the Tender Heart staff. END_OF_DOCUMENT_TOKEN_TO_BE_REPLACED