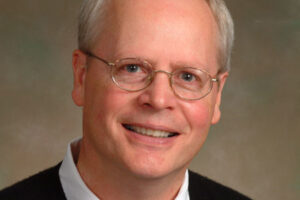 Our third interview with a theologian is with Dr. Sam Storms, the founder of Enjoying God Ministries. I thought about interviewing Dr. Storms about spiritual adoption after my brother reminded me that he had written about it in his book The Singing God: Discover the Joy of Being Enjoyed by God (Creation House, 1998). His answers to the questions are very thoughtful and encouraging. As I read them, I found myself rejoicing afresh about my adoption into God’s family. You’ll find yourself rejoicing as well.

1. Why do you believe that adoption is the greatest gift of the gospel next to Jesus’ death for our sins? What makes it so great?

Although we should be careful when we compare the goodness of God’s gifts, I do believe that adoption is near the top of the list. This isn’t in the least to slight justification or forgiveness or the indwelling presence of the Spirit. All God’s saving gifts are precious and perfect. But I consider adoption to be the most marvelous proof of God’s love for us (next to the love demonstrated by the cross itself; cf. Romans 5). I draw this conclusion from what John said in his first epistle:

“How great is the love the Father has lavished on us, that we should be called children of God! And that is what we are! . . . Dear friends, now we are children of God, and what we will be has not yet been made known. But we know that when he appears, we shall be like him, for we shall see him as he is” (1 John 3:1-2).

John’s tone and terms virtually bristle with urgency and excitement. “Come quickly and see! Look! Listen! You can’t imagine what I have to tell you!” I like that. Here’s an elderly man nearing the end of life who still gets excited about the love of God. And he did so because he knew that God’s love has bestowed on us the greatest of all blessings: sonship. Here is the measure of God’s love. Here is the test of how deeply He treasures us. Our second interview with a theologian (you can read the first interview here) is with Dr. R. Scott Clark, Associate Professor of Historical and Systematic Theology at Westminster Seminary California since 1997. Dr. Clark has also taught at Wheaton College, Reformed Theological Seminary (Jackson), and Concordia University (Irvine). He is also presently Associate Pastor of the Oceanside United Reformed Church, where he preaches and teaches regularly.

There are three things that should be mentioned. First it is the God by whom we have been adopted that makes adoption significant. The God who adopted us is the God who made all that is (Gen 1:1-3; John 1:1-3) and who, by the power of his will and grace, redeemed his people out of sin and bondage (Exod 20:2).

For example, the Heidelberg Catechism (1563) uses the truth that we are “also the children of God” as the basis for a question about Christ’s sonship. Though Christ “alone is the eternal, natural Son of God” we are “children of God by adoption, through grace, for his sake” (Q. 33). The Belgic Confession, (1561), speaks the same way (Art. 34). This doctrine is significant enough to the Reformed Churches that it merited an entire, albeit brief, chapter in the Westminster Confession of Faith (1647) where we confess that those who are justified by grace alone, through faith alone, in Christ alone (WCF ch. 11) are to rest in the fact that we are also “partakers of the grace of adoption.” As a consequence of this free gift we, who are not God’s children by nature, are treated as if we are natural children, as it were. We have the “liberties” that belong to God’s children, we have his name, we have his Spirit, and we have free access to the Father. We are “pitied, protected, provided for, and chastened by him as a Father, yet never cast off, but sealed to the day of redemption.” In Christ it is as if we have done all that Christ did for us and, on that basis, we are heirs of all his promises.

Finally, the doctrine of adoption is a biblical doctrine. The Apostle Paul teaches explicitly that those who have true faith (and by that faith) are united to Christ (Gal 2:20; WCF ch. 12). By virtue of that union we have “received the Spirit of adoption as sons.” Therefore, we have the privilege of intimate, personal communion with the Creator and Redeemer God. The Spirit of God testifies to us that we, who believe, are God’s children (Rom 8:15-17). Paul teaches that we have been redeemed by grace alone, through faith alone “so that we might receive adoption as sons.” (Gal 4:5). Indeed, we who believe have been “predestined…for adoption through Jesus Christ, according to the purpose of his will….” (Eph 1:5).

2. Do you believe that the doctrine of adoption has received its due attention within the history of the church? END_OF_DOCUMENT_TOKEN_TO_BE_REPLACED 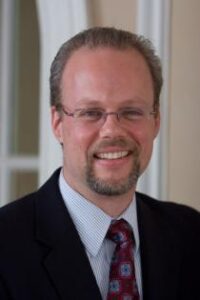 Dr. Dave Garner is the Vice President for Alumni Relations & Educational Advancement at Westminster Theological Seminary. He wrote his doctoral dissertation on the doctrine of adoption. It’s entitled “Adoption in Christ” (Westminster Theological Seminary, 2002). He graciously agreed to allow me to interview him about Scripture’s teaching on the theology of adoption and its implications for the earthly practice of adoption. You will find his answers very illuminating.

The doctrine of adoption, in its full biblical scope, is vast and rich. To answer this question about what I cherish most is like asking me to choose one thing I love most about my wife… not an easy task. However, you asked the question, so I guess I’ll try to answer it. If forced to isolate the most cherished aspect of adoption, it would be how it divulges the extent to which God cherishes his children. The love of God for me is not abstraction; it is not intangible or unreachable. God’s adoption love is real – determined in the infinite counsel of God’s wisdom and incarnated in his own Son. His love for me is eternally determined, historically demonstrated, personally accomplished, and irrevocably certain. I cherish adoption as a doctrine, because it reveals the unfathomable: God actually cherishes us, his children. He has revealed this love over the course of history, and ultimately and most cogently, in his Son. My adoption is secure and binding in the Sonship of Jesus Christ.

2. Do you believe that the doctrine of adoption has received its due attention within the history of the church? END_OF_DOCUMENT_TOKEN_TO_BE_REPLACED