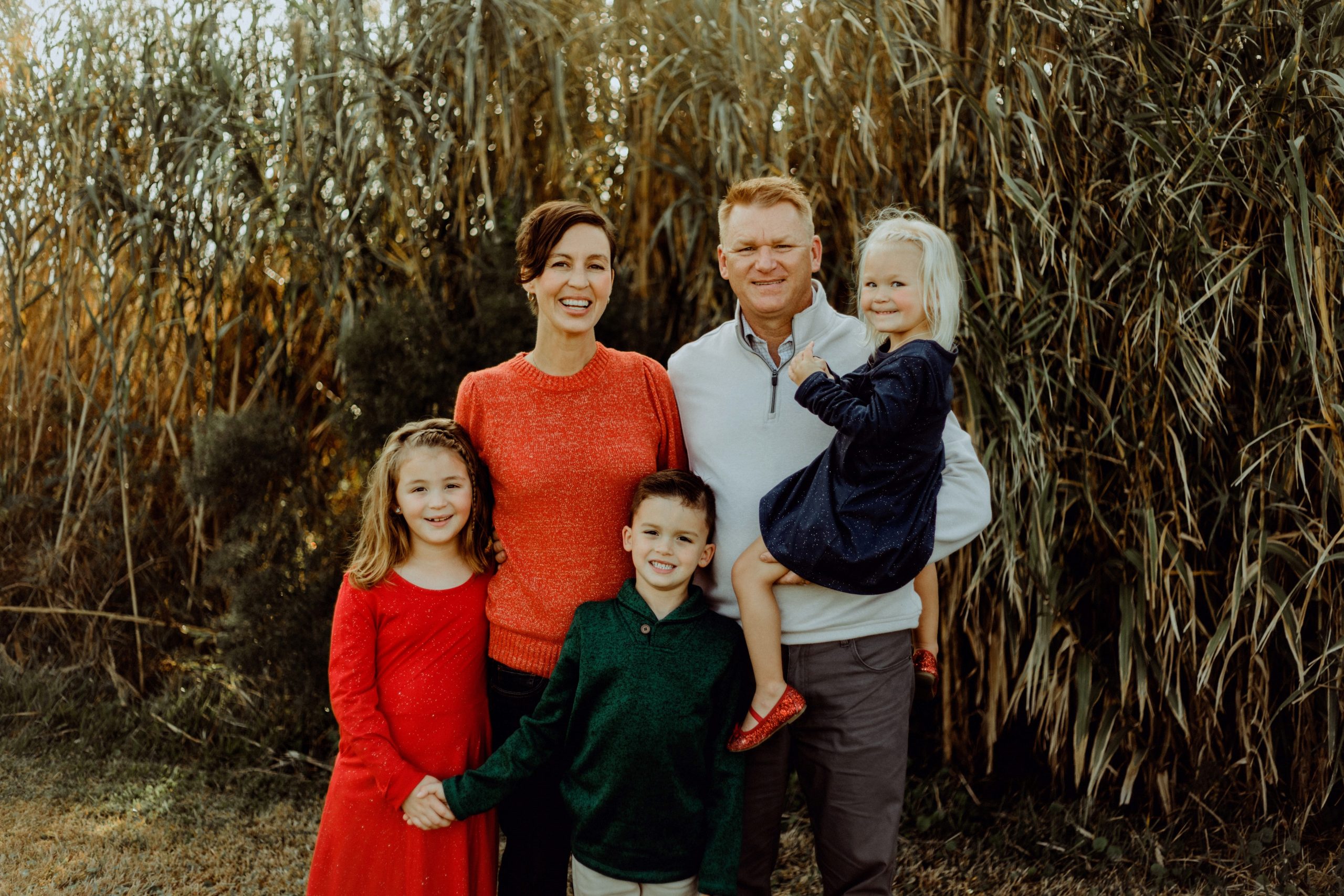 As a couple who got married a little later in life, Rob and I knew that we wanted to start trying for a family right away.  I spoke with my doctor and she said that she usually gave couples a year to get pregnant on their own, but since I was 35 and Rob was 38, she wanted us to come back in six months if we weren’t pregnant before then.

Maybe I wasn’t meant to get pregnant.  Was a family not part of God’s plan for me?  I couldn’t imagine Rob and I living the rest of our lives together without children. At that point I had been teaching elementary school for sixteen years and loved my students, but my heart was desperate for a child of my own.

After a failed round of IUI in July of 2014, our doctor asked what direction we wanted to go.  IVF wasn’t really in our budget, especially after the cost of the previous fertility treatments.  However, God had a plan.  My doctor said that there was a medication study for women 35 years and older who had a proven track record of not getting pregnant by other means.  The cost was a fraction of what we would have normally paid for IVF.  It seemed to be God’s way of directing us, so we signed up immediately. This allowed us to create 8 embryos.

Very soon after the first transfer of two embryos, I began to feel different.  We were excited, but we didn’t want to get our hopes up.  When we got the call in October of 2014 that we were pregnant, we were ecstatic!  In early November, the doctor confirmed that both embryos were growing and we had twins.  Soon after Christmas we were overjoyed to learn that we had one girl and one boy.  God is so good!

Our clinic contacted us about our 5 remaining embryos, asking us to make a decision regarding what we wanted to with them. Rob and I determined that our twins were enough. No more transfers.

Since we weren’t going to use the embryos, there didn’t seem to be a good reason for paying the fee to keep them frozen.  I had a couple of friends who had discarded their embryos, and although I didn’t judge them for their choices, it didn’t seem the right decision for us.  Holding my precious twins, knowing that I had been so blessed, how could I destroy the beginnings of more beautiful babies?  I simply couldn’t.  We had to place the embryos up for adoption.

In September of 2017, we finished all of the requirements for placing our embryos for adoption.  My heart was broken.  I was giving away pieces of Rob and me, pieces that I wanted!  When we were quickly matched with an adopting couple, I was surprised to find that my sadness was replaced by a deep sense of peace.  I knew to the core of my soul that they were meant to be the parents of these babies.  Through our correspondence I could feel the love that they had to give not only their future babies, but my family as well.  They were not taking my family away from me.  They were the parents God had picked for these embryos, and Rob and I were blessed to be a part of their miracle.

Six months after the adopting family accepted the embryos, we experienced a miracle of our own.  I seemed to have caught a terrible stomach bug.  I was exhausted, nauseated, and miserable.  Luckily, no one else in our family seemed afflicted.  After days of unpleasant symptoms, I discovered that I did not have a virus in my belly.  I had a baby.

In December 2018, we gave birth to a healthy, beautiful baby girl.  Rob quickly changed his tune from “I don’t want another baby” to “How did we ever think our family was complete without her?”

Meanwhile, our adopting family struggled through miscarriages.  My friends, family, and I prayed, begging God to bless them with a baby to love. I worried that the pain would be too much and they would give up on their dream of parenthood.

The month of my twins’ fifth birthday, we learned that they were transferring the two remaining embryos.  This was it.  If Rob and I were to be a part of their miracle, there were no more chances.

Their son Calvin was born in January 2020.  I received a lovely gift necklace with two tiny pendants, one engraved with his birthday and the other with a snowflake. Although I never held Calvin in my womb or in my arms, we will forever hold him in our hearts.  We are forever grateful that God gave him our adopting family for all of us to love.