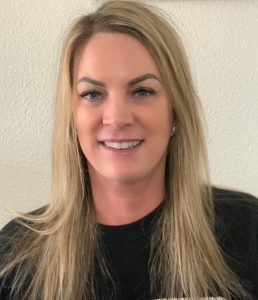 Job Title: Pregnancy Counselor
Email Address: tamara@nightlight.org
Favorite Bible Verse: Isaiah 41:10 - Fear thou not; for I am with thee: be not dismayed; for I am thy God: I will strengthen thee; yea, I will help thee; yea, I will uphold thee with the right hand of my righteousness.
Favorite Adoption Story: My favorite adoption story just happens to involve myself on two different occasions. First, I was adopted at three weeks old from Saint Petersburg, FL. My adoption was closed, because that was typically how adoptions were done at that time. I was adopted by a wonderful, Godly, Christian couple that had an 8 year old biological son. I was informed by my parents that I was adopted at a very early age. What a blessing my parents have been to me and that they have always pointed me to Jesus. My parents were married almost 61 years, until recently, as my father passed away on September 27, 2019 of Alzheimers. I had the honor and privilege to help my mom take care of him at home instead of placing him in a nursing home. To give back just a small amount of what my parents have given me over many years was truly the biggest blessing to me. In 1996, at age 26, I located my birth family in Phoenix, Arizona. I have a great relationship with my sister and brother from my birthmother’s side. In 2015, I received word that my birthmother was dying from colon cancer and only had a few weeks to live. At that time, I immediately flew to Phoenix, Arizona to witness to my birthmother and to make sure she knew where she would spend eternity. It was in those late hours, just nine days before my birthmother passed away, that I was able to guide her into accepting Christ as her Savior. What a blessing that was. I am so humbled that God used me in such a special way. I am also an adoptive mom, so adoption is very dear to my heart. My husband and I have been married 27 years, and have two biological children and one adoptive son. We adopted him at birth. We have a very open relationship with his birthmother, so he began to understand what adoption was at the early stages in his life. I talk with him openly about adoption and let him know that I understand what it’s like to be adopted. At times, I forget that I did not give birth to him. I always knew at a very young age that God had called me to adopt. My husband and I discussed it very early on in our marriage. When we decided to move forward with adoption, our daughter was 14 and our son was 12. They were both so excited and couldn’t get another sibling fast enough. The bond that our three children have is indescribable and filled with so much love. I am so thankful for adoption and feel so blessed that God chose me.
Education: Bachelor’s degree in Psychology
Responsibilities: As a pregnancy Counselor, I counsel and educate expectant parents who are considering the option of adoption for their child/children. I assist them throughout their adoption journey by helping them make an adoption plan, a hospital plan, and by connecting them to resources that can help guide them in making the right decision for their child and for themselves. I help facilitate match meetings between the expectant parents and prospective adoptive parents. After the adoption, I continue to offer support to both of them. This often results in a meaningful, long standing relationships with both parties.