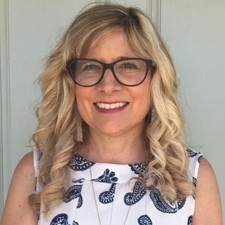 Job Title: Home Study/SFE/PAR Provider
Email Address: leslie.howard@nightlight.org
Favorite Bible Verse: Matthew 22:37-39 Jesus replied: "Love the Lord your God with all your heart and with all your soul and with all your mind." This is the first and greatest commandment. And the second is like it: "Love your neighbor as yourself."
Favorite Adoption Story: I was working very closely with an IV meth user. I went to check on her one morning and she was very angry and showed me a lump on her arm. She said, "I missed! And I never miss!". Meaning, she had missed her vein and the meth was sitting as a lump in her arm. As we would later find out, God was protecting the child. Later that night, she called and was in immense pain. I went out at 2am to pick her up and take her to hospital. I was able to get her in the car but she said she had to go back in to use the restroom. I tried to explain that was just the contractions, but she did not listen and went back into the home. I followed her in and tracked her screaming to the restroom. She was in labor and starting to deliver. I called 911 and they began giving me directions on how to deliver the baby. She was screaming so loud that I could not hear the operator. The guy she was staying with that night finally came out of the bedroom to help. We laid her on the dirty floor of the bathroom and followed the step-by-step directions of the operator. Thankfully, the baby was born with no complications. After the baby was born, I had to go look through this unfamiliar house for a tennis shoe so we could tie off the umbilical cord with a shoestring. We laid the baby on the birth mother's stomach which later proved to be a blessing. She did not want anything to do with the baby but after that she knew that she wanted to be in an open adoption and have further contact. The ambulance finally arrived (it felt like an eternity) and I rode to the hospital with the birth mother and baby. When we arrived at the hospital, the adoptive couple was there to meet us. The child is now 18. He has survived the effects of meth use in utero and is now learning to cope with those effects. He is pursuing his dream of becoming the manager of political campaigns.
Education: BSW, Midwestern State University; MSW, University of Texas-Arlington
Responsibilities: Conduct home visits to prepare home studies and post placement/post adoption reports.