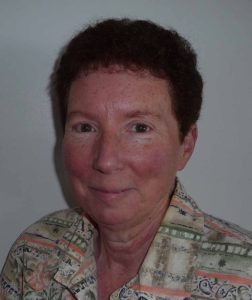 Job Title: International Program Coordinator
Email Address: julie.eagleson@nightlight.org
Favorite Bible Verse: What I have said, that will I bring about; what I have planned, that will I do. (Isaiah 46:11)
Favorite Adoption Story: A family I was working with was adopting a sibling group of 3 in Colombia. They were in Colombia with the children and the judge was ready to sign the adoption decree when the birthfather showed up at ICBF and said he'd like to have the children. He brought with him not an attorney but a member of the press. This was a number of years ago, just after there had been very damaging press on TV about ICBF's programs over the years. The judge made the decision to stop the process and have ICBF investigate whether the birth father was willing and able to parent the children. The children said they thought they might have seen this man a time or two but did not identify him as their father and had no relationship with him. No one knew how long it would take for this to be resolved, but the adoptive family, a very strong Christian family, made the decision that the mom and their bio son would remain in Colombia with the 3 siblings, where she homeschooled them all, and dad would go home and work to earn money to provide for everyone. They contacted all of their church friends and relatives and so did I and we all began to pray and pray and pray. In the end, it took 7 months for ICBF to determine that the birthfather had neither the means nor the interest in parenting the children, and that he had been encouraged to carry out his actions by members of the press. Finally, the family came home with the children. I asked them to send me a photo of the moment when they stepped off the plane in the US, which they did. What a moment! It was a very long 7 months for everyone, but the family never gave up and the children got to come be with their forever family!
Education: I have a BA in Spanish and a BA in Psychology from Linfield College
Responsibilities: Coordinate Mexico Program